The developers of MOBA SMITE decided to arrange a grand giveaway dedicated to the 10th anniversary of the game and the World Championship. All players who complete 10 matches by January 23 will receive a free Cyber ​​Tokyo Battle Pass Premium (or 10 additional levels if you already own it).

In addition, players can get one of the Tier 4 skins to choose from, as well as a total of 40 boosters – 10 for each type. Another gift is designed specifically for beginners – it allows you to permanently unlock any 10 characters.

The first game update of 2023, which opens the 10th year of SMITE, is scheduled for January 24th. 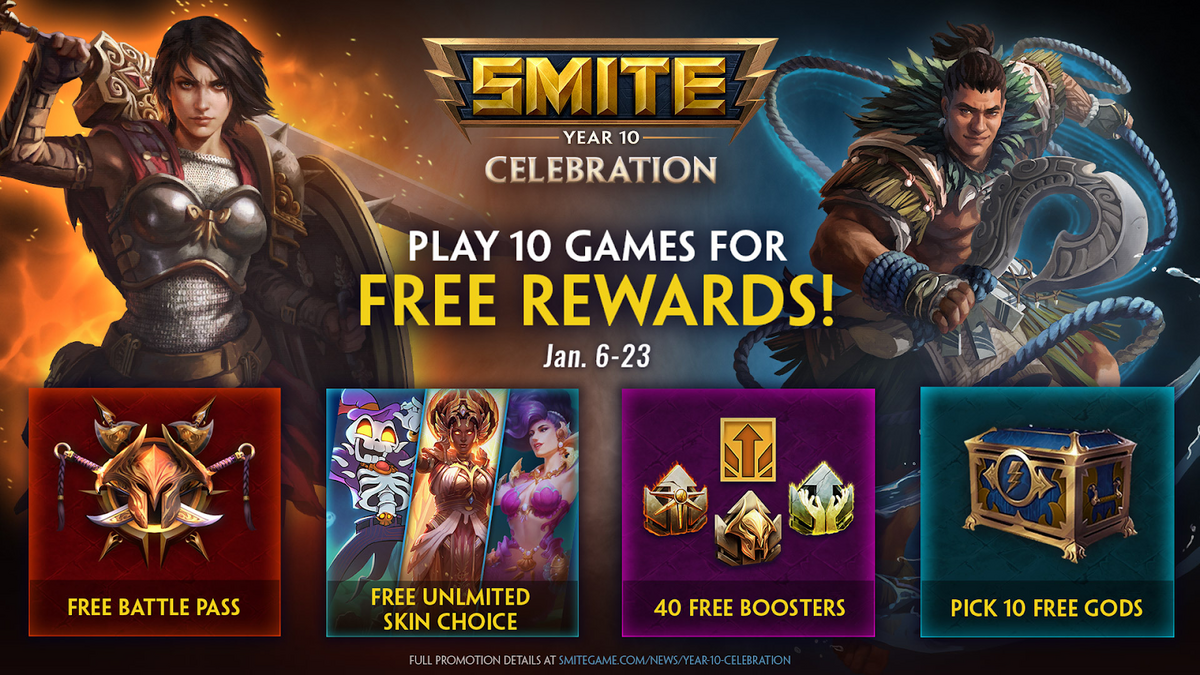 Redfall: Xbox exclusive would be "closer to Far Cry" than Left 4 Dead according to its creators

POTTER: "I have full support from owners, players and staff"

Samsung has released One UI 5.0 for a mid-range model