With a dance mat, two streamers ventured into the vastness of the intermediate lands and fought their way through “Elden Ring” (we reported here and here). One of the two, ‘MissMikkaa’ takes the challenge to a new level, playing simultaneously on the dance mat and on a PlayStation 5 controller: 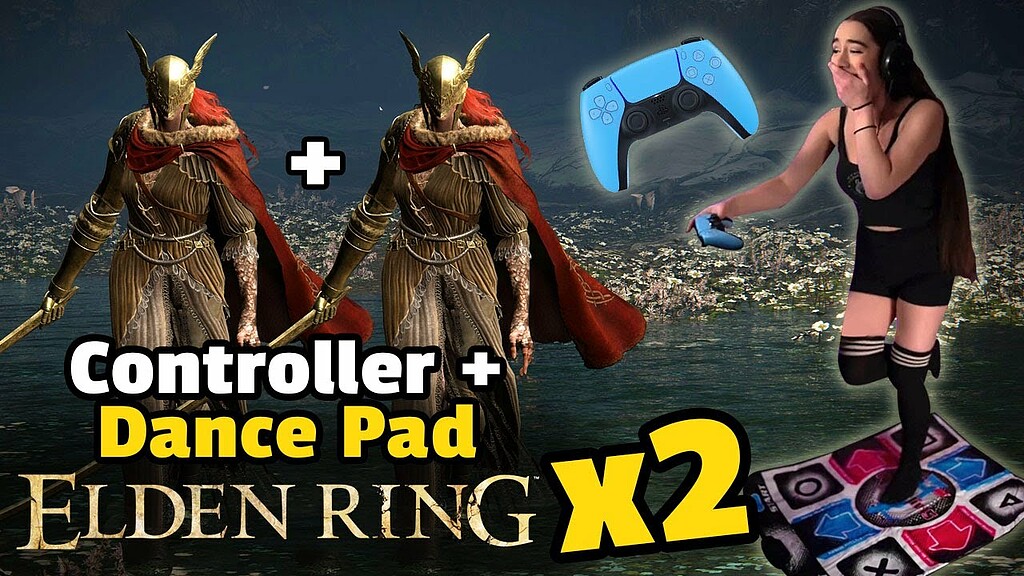 What the streamer describes as her ‘ultimate challenge run’ is nothing short of playing through ‘Elden Ring’ twice in parallel. To make the condition a bit more difficult, she also faces the bosses at the same time. Unbelievable, but true: She managed to kill Boss Malenia in two versions at the same time on the dance mat and a controller, after she had already defeated Margit and Godrick in December. Next in the 2 Elden Ring, 1 Girl Challenge, ‘MissMikkaa’ plans to face two Radagons and the Elden Beasts.