Over the years, WoW has reinvented itself over and over again. Features came and went, stories ended, repeated and ended again, and countless villains fell to our brave heroes. The world of Azeroth as we experience it today bears little resemblance to where our journey began 18 years ago.

But there are also things that have stayed the same over the years and will probably never change. Raids will always need a tank, alchemists the herbs the herbalist and if one pulled it was basically the hunter. There are also some gameplay elements that have been the same for ages, but nobody seems to remember it.

The assassin villain is one of the strongest DDs from WoW: Dragonflight – we have a short guide to the assassin for all villain beginners.

Anyone moving their hero to a new WoW WotLK Classic server will now be banned from Realm First Raid achievements for 10 days.

You certainly know the phenomenon – whether from the LFR or the normal raid. You pull a boss, an area appears – around you or somewhere else – everyone dodges with elfin grace and PÄM: One or more players are dead on the ground. Ah okay. This area or this impact must be intercepted by one or more players. Should we have paid more attention to the boss explanation.

Actually, that is not necessary at all. Because the game has been showing us quite clearly for many, many years whether we have to get in or out of an area: with the so-called meteor animation. The only problem is that hardly anyone seems to know this or that everyone forgets it again at the start of a new raid.

The player runs out of the group with a “meteor animation”. Hopefully he has immunity, otherwise he’ll be dead. Source: buffed

Incidentally, the name meteor animation comes from the fact that many years ago, such an ability first introduced this type of animation in the game. Depending on the filter bubble, the animation may also have a different name. Since then, however, Blizzard has consistently stuck to it: you have to catch an effect together, then it will be equipped with such an animation.

Areas that need to be intercepted will always have a thin, tornado-like vortex pointing upwards in the center of the area. For areas that only need to be intercepted by one player (e.g. THUNDERCLASH on Kurog Grimtotem), this upward ray disappears as soon as a player enters the area (and disappears when the player leaves the area). For areas that require multiple players to intercept (e.g. ABSOLUTE ZERO for Kurog Grimtotem), this beam remains continuous.

So if you see such a beam upwards, you can be sure that someone has to get into this area. If you don’t see the beam, either someone is already standing in it or nobody has to go in. This also applies to areas on yourself. Beam up? Then place it in such a way that many other players are hit. No beam up? Then quickly run with it out of the group!

Remember that for the future too. It’s unlikely that after so many years, Blizzard will think of changing that again. 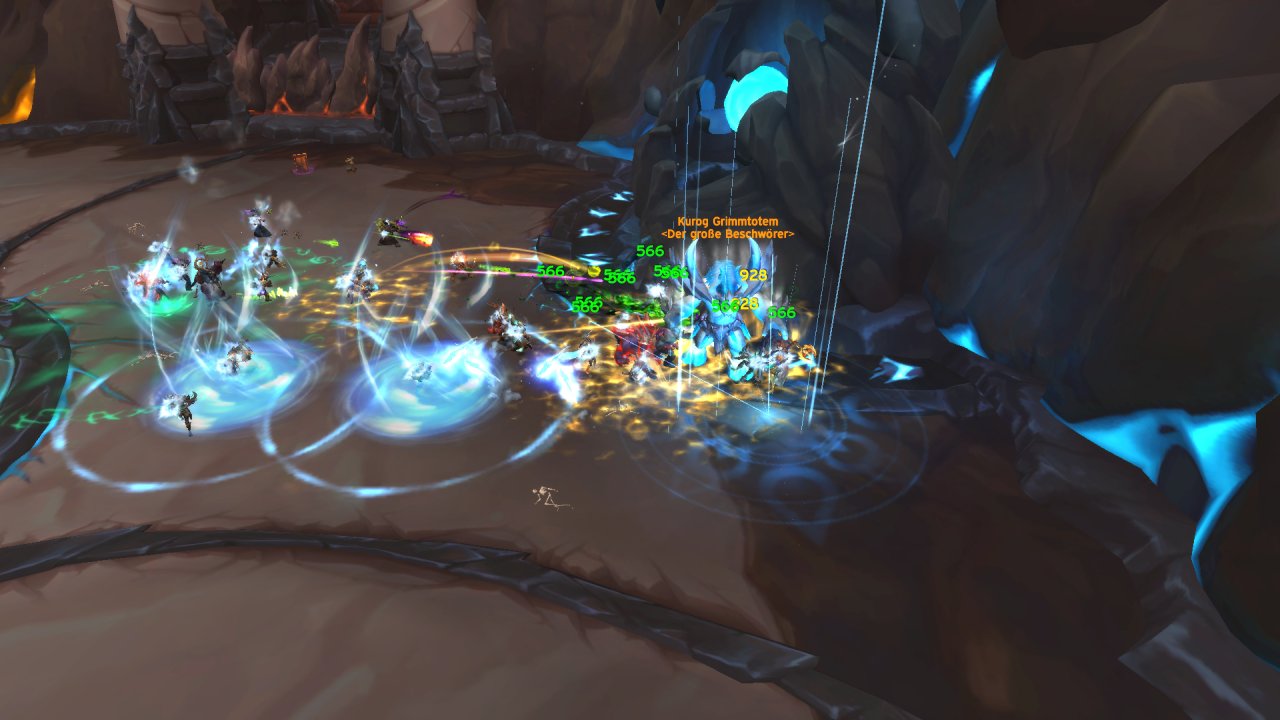 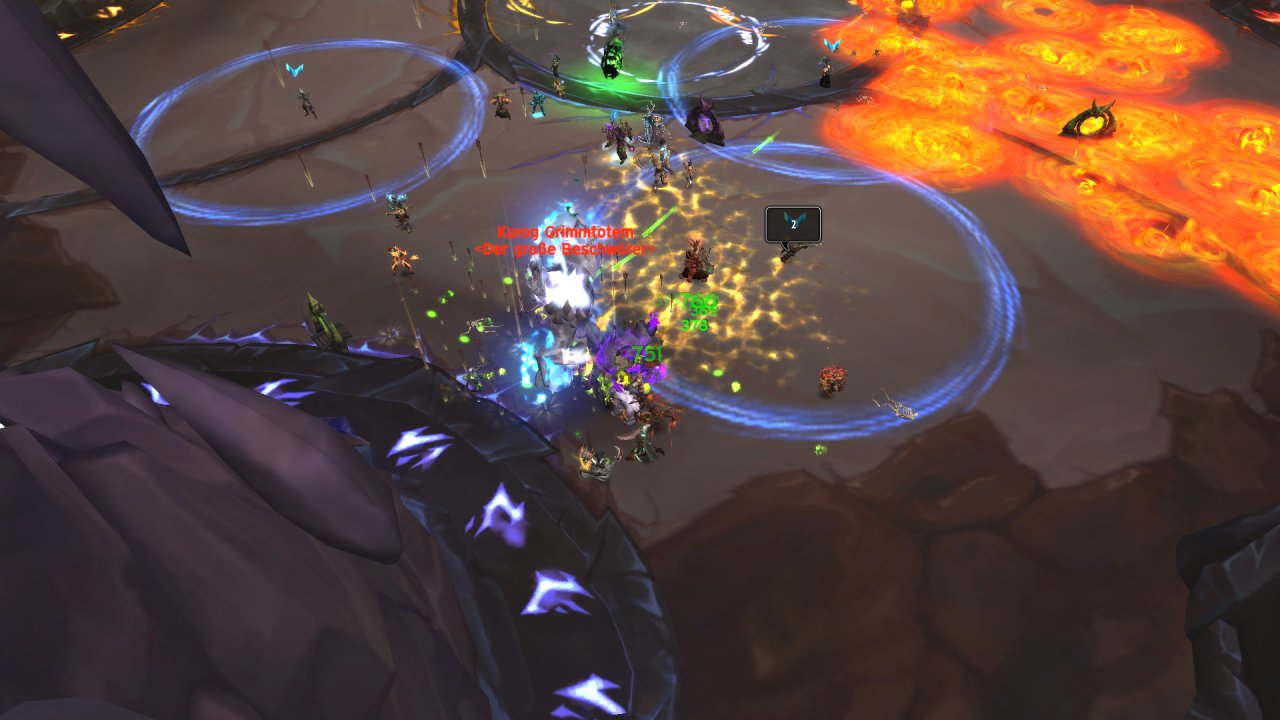 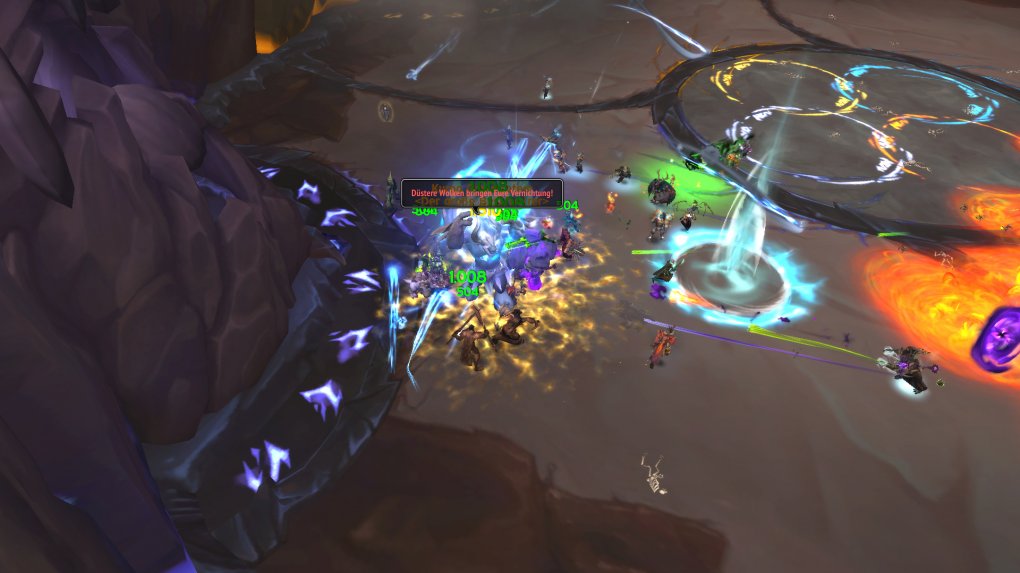 As soon as a player enters the small circle with “Meteor Animation”, the vertical column disappears. Source: buffed

Has it also happened to you that you ran out of the group with an area in an exemplary manner, only to die lonely and alone because you should have shared the damage? If you heed this little tip, this won’t happen to you in the future. Let’s just hope that a lot of other players remember that too and don’t all run away from you when you run into the group with the meteor area.

What are the best inverters to choose in 2023?

AirPods Lite: Xiaomi and Samsung rivals are Apple's next bet