Formally, the organization of iPhone production in India a few years ago was aimed precisely at increasing the share of Apple products in the local market, but since then, the company’s contractors have focused on expanding their presence in this country in order to reduce dependence on China. Now it has become known that Apple itself is ready to believe in the potential of the Indian market, and therefore will open its branded stores in this country. 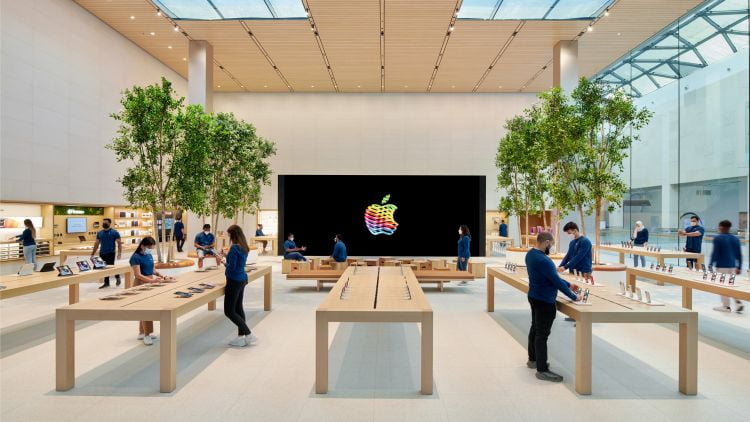 According to the Financial Times, at least 12 positions in India related to the retail sale of Apple products appear in the job section of Apple’s job site. The company is looking for consultants, sales managers and customer support specialists. A typical Apple store, according to the source, employs at least a hundred people, and large ones can have up to 1,000 employees.

A major Apple store is expected to open by March this year in Mumbai, with another one to open in metropolitan New Delhi. Some of the already hired Apple employees in India have confirmed that they will work in future stores located in these cities. Apple CEO Tim Cook made it clear at the 2020 shareholders meeting that the company is not going to be content with selling its products in India only through partner stores. It was then planned that Apple branded stores would appear in the country as early as 2022. Last year, the company launched its online store in India, but offline outlets never appeared.

Tim Cook negotiated with the Indian authorities to open a store back in 2015, but then the position of officials was reinforced by the requirement to localize the production of at least 30% of the components of devices that would be sold in such stores. Legislation has since eased, and iPhone production has been established in India since 2017. According to the results of last year, about 200 million smartphones of various brands have already been produced in India. In the total mass, Apple products occupy only 5% in the Indian market, but in the premium segment, it already claims all 40% of the local market. Since the start of the pandemic, iPhone sales in India have nearly doubled, and other Apple products have been growing in popularity along the way.

Sale LEGO Harry Potter: Hogwarts is on sale just before the release of Hogwarts Legacy and the winter sales!

Cheap iPhone coming in 2024? Apple will have more ambitious plans

Xbox: the early 2023 event more like a Nintendo Direct than an "E3 show", for Jez Corden

Desert Table Hospitality in Genshin Impact: where to find the blueprint

Karsten’s greeting from parental leave: 2nd place in his top 10 best games ever