CCP Games has published a roadmap for the space MMORPG EVE Online. It reveals the developers’ plans for the future and shows what players can expect in each of the four quarters of 2023.

This year we will receive two major additions – in the second and fourth quarters. The promised integration with Microsoft Excel, which was originally born as a joke among the fans, will become a reality in the first quarter, but so far only as a beta version. We also have other changes and regular temporary events waiting for us.

You can read more about the plans of developers in Russian in the official blog at this link. 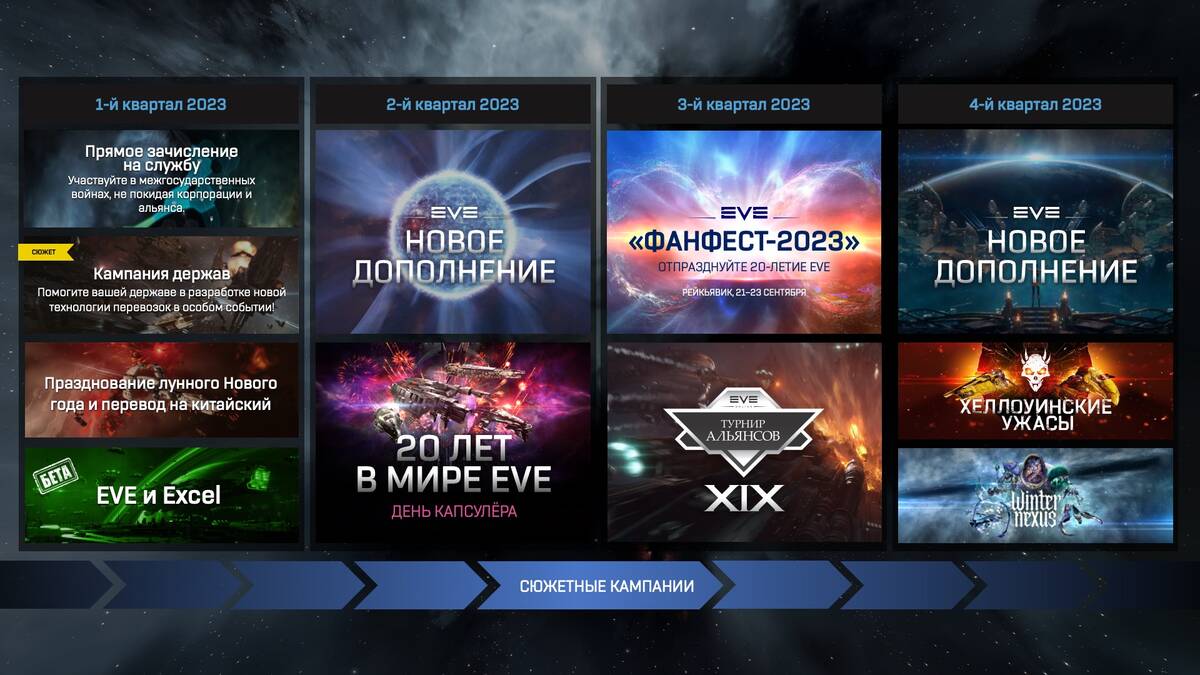 Curious Guide: Perhaps the most bizarre PC manual of all time

Sure, the Switch 2 / Pro is a headache for Nintendo!

Amazon offers: Audible free for three months at the beginning of 2023, last day

The best in the playoffs. Morocco’s defense performs well at the 2022 World Cup