Everything according to the canon: in the anime NieR: Automata Ver1.1a you can look under the skirt of 2B 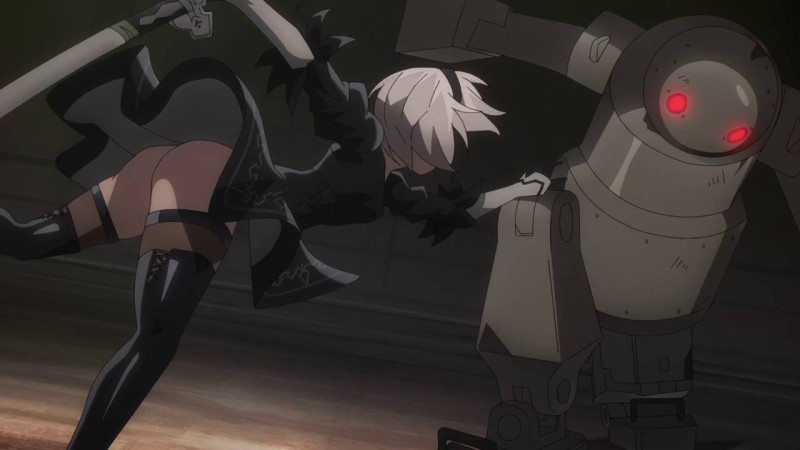 The premiere of the first episode of the anime NieR:Automata Ver1.1a took place yesterday, and the authors from the A-1 Pictures studio were very kind to the adaptation of NieR:Automata and decided not to introduce censorship, so in the anime the heroine often shows her booty, which has already become a kind of feature of the game and main advantage for some users. Although, it is worth noting that the game became popular not only because of these impressive advantages of the main character, but also thanks to an interesting and unusual plot with beautiful music. The music for the anime is produced by MONACA studio Keichi Okabe, who also composed the game’s original soundtrack.

Humanity was expelled from Earth by mechanical beings from another world. In a last ditch attempt to reclaim the planet, the human resistance sends a squad of android soldiers to destroy the invaders. Now there is a war between machines and androids… A war that may soon reveal a long-forgotten truth about the world.

Star Wars Mod: This is what Jedi Outcast and Academy look like with ray tracing

PlaySeriously: video games and dyslexia, between learning and inclusiveness

Is James Gunn Quitting Every Hero In The DC Universe Now? That’s what he says about it!

iPhone 14 Pro review! – Is it worth the price and features?

Overwatch 2: Ramattra is the new hero – and gets his own statue