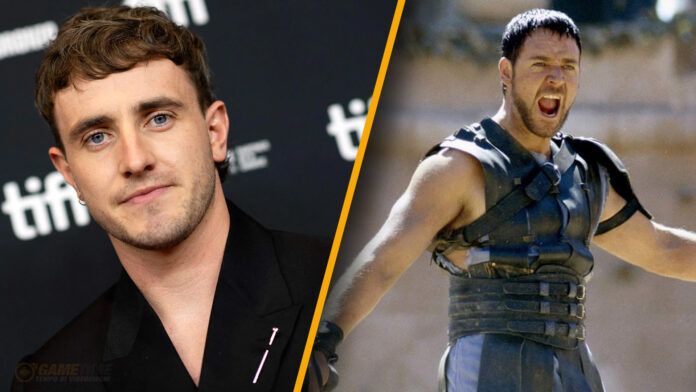 Gladiator 2 will come true, as officially confirmed over a year ago by Ridley Scott. With the writing going on for quite a while now, it was obvious that sooner or later it would crop up some name for what will be the successor of Russell Crowewinner of an Academy Award for the role of Massimo Decimo Meridio in the first film. According to a report by Deadline, the main candidate to fill this role would be Paul Mescal.

The established British director and Paul Mescal would have already met around the month of November. The actor would have been one of the first to sit down with Scott and, although the latter has met several talented actors, several inside sources report how Mescal is the first choice for Ridley. The meeting between the two would in fact have gone swimmingly, so as to convince the director to choose him for Gladiator 2.

Paul Mescal is known for his role in Normal People, where he also managed to win an Emmy Award nomination. The actor also has a very robust physique, perfect for playing the role of a Gladiator. Russell Crowe himself, at the time, trained a lot to strengthen himself and probably Mescal will also follow this pathalthough he still boasts a toned physique.

As for the role, he will not replace Russell Crowe in the role of Massimo Decimo Meridioprotagonist of the first film. Mescal would play the role of Lucio, son of Lucilla (played by Connie Nelsen) and grandson of Commodusplayed by Joacquin Phoenix. Lucio would now have grown up and the events will take place several years after the first film. We clarify that the one reported by Deadline it is not an official confirmation, but a rumor. The same site, however, is known for launching scoops which later turn out to be true.

Meanwhile, Ridley Scott is also focused on the Alien franchise, his other immortal icon. He covers the role of Executive Producer for a film, codenamed Romulus, and a TV series.

The pros and cons of buying an electric vehicle in 2023

The Last of Us 2: Ellie transforms into Bella Ramsey thanks to modders

Netflix subscription with ads is not supported on Apple TV, among others