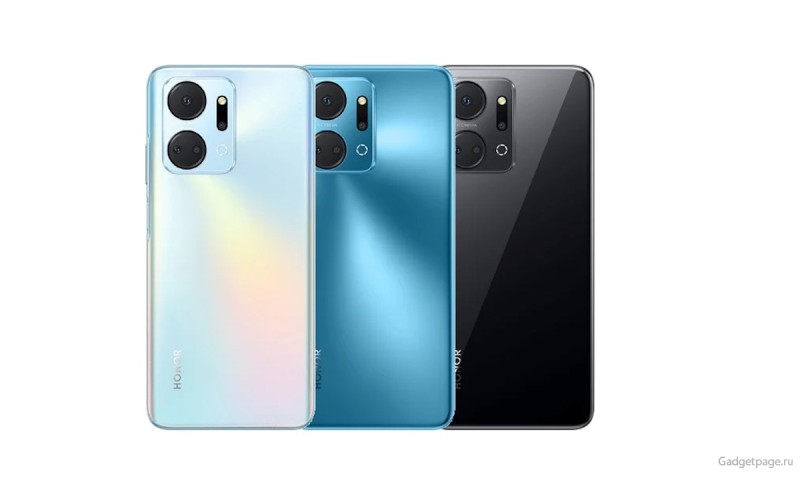 In China, the premiere of the new Honor smartphone, a former sub-brand of the tech giant Huawei, took place. The model, called Honor X7a, belongs to the budget devices, but at the same time it sports a large display with a high refresh rate and a giant battery. But first things first.

Honor X7a is built on the MediaTek MT6765H platform, which is better known as Helio G37. The chipset is accompanied by 6 GB of RAM. For data storage, a built-in 128 GB drive is provided. If this seems not enough, then the smartphone still has a slot for microSD memory cards (up to 1 TB).

On the front, the new Honor smartphone has a 6.7-inch HD+ LCD panel with 90Hz refresh rate and TUV Rheinland certification for eye protection. A 5-megapixel front-facing camera for selfies and video calls is installed at the top in a teardrop-shaped display cutout. And on the back, in a rectangular module, there is a so-called quad camera, consisting of four sensors: a 50-megapixel main camera, an 8-megapixel ultra-wide-angle lens, a 2-megapixel macro lens, and a 2-megapixel portrait depth sensor.

As for the autonomy of the Honor X7a, a 6000 mAh battery is responsible for it. Fast wired charging power reaches 22.5W. The software part of the smartphone is represented by the Android 12 mobile operating system, on top of which the proprietary Magic UI 6.1 firmware is installed. From wireless communications, the device supports 4G, WiFi, Bluetooth 5.1. There’s also a fingerprint scanner built into the power button on the side, a USB Type-C port, and a classic 3.5mm headphone audio jack.

Honor X7a is already available for purchase in China. On the official website of the manufacturer, its price is 799 yuan, or about 116 US dollars at the current exchange rate. Customers are offered three body colors to choose from: gradient silver-blue, black and blue.

Chukhadzhian lost to Ennis on points. The judges did not give the Ukrainian a round