The Hubble Space Telescope has captured the “explosion of cosmic fireworks” – the globular star cluster NGC 6355, which is located in the inner regions of our Milky Way galaxy at a distance of less than 50 thousand light years from Earth, and can be seen in the constellation Ophiuchus. 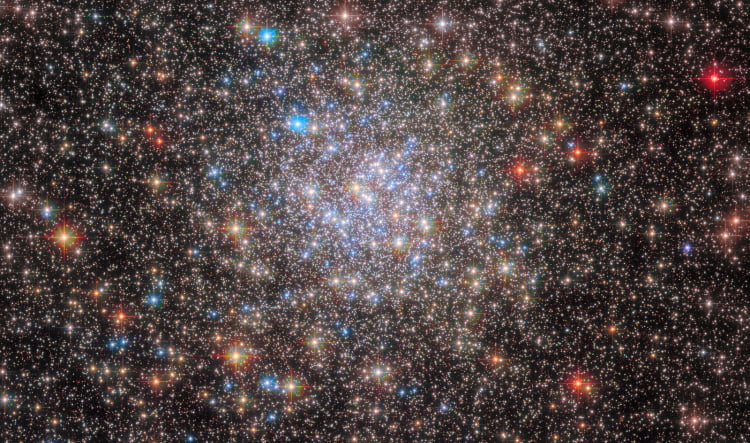 Globular star clusters are groups that are stably and closely connected by gravitational forces, including from tens of thousands to millions of stars; they are present in galaxies of all types. They owe their spherical shape to the dense concentration and mutual gravitational attraction of stars: the brightest and densest part of the cluster is observed in the center, and as it moves towards the periphery, the density decreases.

The new Hubble image is notable for the high detail of the core: the telescope’s capabilities allow it to “see” individual stars in the center of the cluster. The device made a real revolution in the study of such objects – it is impossible to see individual stars of globular clusters in ground-based telescopes due to the distortions introduced by the atmosphere. The image was composited from images taken by two space telescope cameras: Advanced Camera for Surveys and Wide Field Camera 3.

Electric? Manure is the menace of combustion vehicles!

Table what?! The workshop for offline adventures: HeroQuest - tabletop for beginners

Elden Ring topped the Game of the Year awards