PlayStation, Xbox, Switch: the best games coming out in January 2023 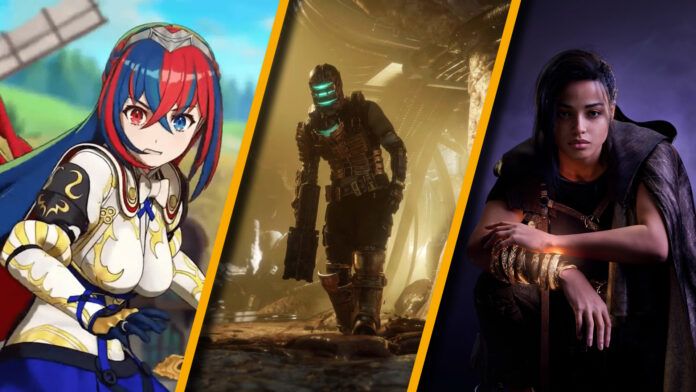 2022 ended a few days ago, consecrating Elden Ring as the best game of the year closely followed by God of War Ragnarok. But now a new year has begun, and already from January 2023 the first very interesting games for PlayStation, Xbox and Nintendo Switch will begin to arrive.

The new year will start really well for gamers who will have so many titles to play. We will list you below the best games releasing in January 2023 on PlayStation 4, PlayStation 5, Xbox One, Xbox Series X and Nintendo Switch.

Please note that the following will not be a ranking. The best games of January 2023 they will be listed according to the release date and secondly in alphabetical order.

One Piece Odyssey is the new JRPG dedicated to the Straw Hat and his crew. But mind you, this is not a sequel to World Seeker, but it will be a very different title.

This game will be a more classic JRPG than it is also very inspired by the Persona saga as regards the fights, which will be in turn. Each of the protagonist characters will have his own special powers that will be used both in combat and in the exploration phases of the game world.

One Piece Odyssey will be available very soon for PlayStation 4, PlayStation 5, Xbox Series X and PC.

The Persona saga represents one of the most important exponents of the JRPG genreand in particular still today it is one of the elite representatives with regard to turn-based combat.

Starting in January, all those who loved Persona 5, but missed the previous chapters, will be able to recover Persona 3 Portable and Persona 4 Golden. It’s about remastered versions for PC and all consoles of the third and fourth chapter of the saga.

Both titles will be available only on digital stores. PlayStation users will be able to take advantage and save a few euros by purchasing Gift Cards at a discounted price.

New chapter in the Fire Emblem sagathis time it’s a spin-off with decidedly more tactical combat phases. The main novelty of this chapter is the abandonment of the multiple narrativethere will therefore not be three stories that will develop in parallel with each other but a single single player campaign.

The protagonist of the story will be Alear, a semi-divine being who fell into a very long hibernation that lasted 1,000 years and who upon awakening finds himself completely without memory. Having the blood of the Divine Dragons in my veins is able to draw on the power of the other heroes that have characterized the Fire Emblem saga. Thanks to this trick, fans of the saga will be able to see the protagonists of the other chapters of the saga again.

Fire Emblem Engage will be exclusive to Nintendo Switch.

Forspoken, originally born as Projekt Athia, is the latest work from Square Enix. It is an open world action that will exploit the full potential of PlayStation 5 with a very high speed in movement and exaggerated effects!

The launch is just a few days away, but all of you PS5 owners can start playing it today by downloading the demo from the store. Check it out!

Forspoken will be released on PC and PlayStation 5 from January 24, 2023.

Probably one of the most awaited titles of this beginning of 2023. The remake of Dead Space has raised the hype to a thousand in many players. EA Motive just seems to have done an incredible job in bringing back to life the title of Visceral Games released in 2008.

At least as far as we’ve seen so far, Dead Space looks really promising and could probably be one of the candidates for game of the year 2023!

Dead Space Remake will be released only for PC and next-gen consoles.

Karen CHUHAJYAN: “There are no excuses. I didn't do enough"

Vodafone: MMS will be switched off after 21 years

Don Cheadle only got two hours to commit to MCU role