A particularly intense videogame year has just ended, which saw the arrival of highly anticipated titles such as Elden Ring and God of War Ragnarök (here you can find our review of God of War Ragnarök), as well as very pleasant discoveries among the smaller productions (but still ambitious), thanks also to the greater diffusion of services such as Xbox Game Pass.

As usual, after the year-end balance sheets comes the time for good intentions for the future, expectations and desires. And in this – it is clear – 2023 also has the task of marking a break from certain bad habits. So here are five attitudes that we hope not to see again in the next twelve months, between high-sounding declarations, premature announcements and much more.

When too much sucks

The increasingly unrestrained race for the spatiality of virtual worlds has made the open world one of the most recognizable faces of the modern video game, between productions capable of channeling all its potential into playfully significant experiences, and others – however appreciable – less careful to balance offering their own content in an attempt to artificially extend the hours of play. To date, in the challenge between qualitative and quantitative open worlds – we talked about it in more detail in our special on the history and evolution of open world games – it would seem that the latter have had the upper hand, as demonstrated by the success of Assassin’s Creed Valhalla, a title that perhaps most of all it exemplifies the idea of ​​a fascinating but also dispersive adventure.

It’s not so much a question of proportions. After all, even the Interregnum of the award-winning Elden Ring extends almost beyond the imaginable, while remaining a sumptuous and profound mosaic to be revealed piece by piece. It is rather the way in which many video games now exploit the open world setting for the sole purpose of dilating their duration, even sacrificing good gameplay solutions on the altar of longevity. The tendency is to fill the map with activities that – over time – become increasingly insipid, secondary quests with undoubted narrative value and expedients that blend poorly with the central structure of the product, returning a diluted and not very organic experience. What we hope for the next exponents of this category is that the ambition to create the greatest world ever can be set aside – or at least, that those who want to take such risks have the big shoulders to bear the weight – in favor of a return to denser and more balanced experiences.

Pre-launch communication and the usual exaggerations

Another bad habit that we would all like to get rid of is undoubtedly that tendency to exaggerate which, in recent times, has characterized the pre-launch communication of some titles. Of course, game trailers – especially announcement trailers – have always been a privileged marketing tool, and in a certain sense we could say that being a bit captivated by impactful scenes and jaw-breaking graphic effects is part of the game, of a the almost D’Annunzio-like pleasure of waiting.

This provided that the bar is not raised to such an extent as to then have to deal with heavy downgrades (graphics, but also of content) and the grievances of an audience that evidently believed in it a little too much. For the same reason, it would be better to avoid bombastic claims in general; the risk is not only that of disappointing expectations bitterly, but also of ending up victims of misleading categorizations, of little use in describing the substance of the game. The case of The Callisto Protocol is emblematic, which presented itself as a “quadruple A” thus alluding to a new, very high production standard, only to prove to be a certainly enjoyable but not revolutionary title (here our special on the case of AAAA games) . A more moderate communication, focused on the real aspects of the game, or even on the vision with which it was conceived, would be much more desirable for both developers and enthusiasts, who would have more tools to create expectations in line with the real ambitions and characteristics of a given product.

From the documents scattered here and there in the claustrophobic environments of Resident Evil to the description of the objects present in the souls of From Software, it is a consolidated tradition to insert dozens of texts in video games, which was created with the useful purpose of providing indications on the narrative context of the each other, if not also to give concrete instructions to those who have taken the trouble to sift through every corner of the map, and to read the excerpts of notes contained in some abandoned diary. 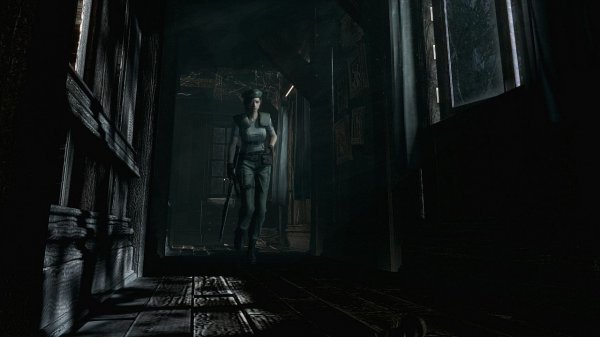 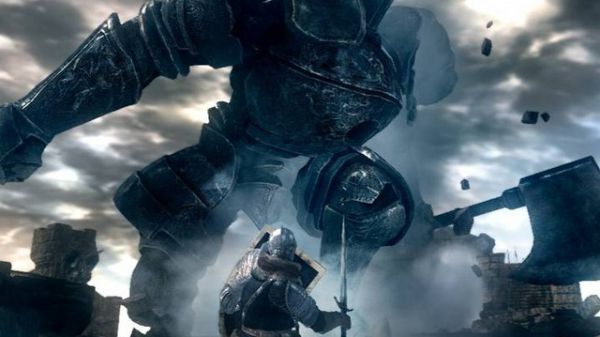 In recent times, however, this practice has sometimes taken on the features of an embellishment for its own sake. Just to clarify, the recordings that can be found in the open world of Halo Infinite are a perfect example: almost completely useless in giving concreteness to the universe outlined by 343 Industries, they are mostly vocal notes with rather anonymous content and are unable to most of the cases to effectively deepen the events narrated or to give us sensitive information on the warring factions. And more generally, perhaps it is collectibles – or rather, the use made of them – that represent a bad habit. In fact, in recent history there are not many video games that have been able to give meaning to the hunt for extras, whether it is for obtaining related bonuses or for their effective narrative weight. For the future we therefore hope to see more virtuous examples of good collectibles, or not to see them at all if the alternative is to find the map full of fillers.

As is known, 2022 has seen a number of (very) important postponements. Forspoken, Redfall, Hogwarts Legacy, Suicide Squad: Kill The Justice League, are just some of the many titles whose launch window had to undergo a sudden shift to next year. This is because, despite the hint of hope that accompanied the legacy of a darker 2021, the aftermath of the pandemic still made itself felt but the matter does not stop there. There’s no need to accuse the fateful phrase uttered by Jim Ryan, that “we believe in generations” which later turned out to be out of line with the Sony lineup. The videogame world made indigestion of disregarded announcements and at a certain point it almost seemed that not respecting the launch date was the norm, leading to picturesque situations.

One above all, that of Starfield, which should have done the Bethesda honors and be published on the day of the eleventh anniversary of Skyrim, to then be postponed to 2023, thanks to Todd Howard’s audacity in declaring that its date was “written in ink and not in pencil”. Not only postponements, however, but also announcements made too far in advance of the concrete stage of development of the title in question – did someone say Hellblade 2? – call the users to wait a long time even to get new information about it. Not to mention the long silences in the post-launch phase, capable of casting shadows on the support for the community of enthusiasts. In short, from 2023 we expect that the marketing departments of large publishers will be able to adjust the shot and be able to communicate in a more precise and, when necessary, transparent way.

DLCs ​​are an excellent strategy to renew the enthusiasm of users and thus make them return to a title released some time ago, especially when they add entire portions of the game with activities and juicy quest-lines, as was the case for The Witcher 3 with its Hearts of Stone and Blood and Wine. For all those lighter contents, integrations of simple modes, weapons or skins, for example, the speech has further facets. In this regard, we call into question two very recent games, starting with God of War Ragnarok, which will be enriched with the new game plus next spring.

Even with the risk of offering itself to its admirers in a busy period of releases, the new mode will almost certainly offer itself with unpublished contents, adding to an experience that – basically – can be completed in all its aspects already now. The story is different for The Callisto Protocol, awaiting the New Game Plus mode, but with an aggravating circumstance: since the credits available in the adventure are not sufficient to unlock many of the game’s most effective upgrades – including the secondary fire modes of the weapons – this late addition takes on much more weight, precisely because today, to try new tools of death to the best of their possibilities, one is forced to start Jacob’s journey from scratch. In our opinion, contents of this type should fall within the launch window as much as possible, in order to “reward” the user in a more consistent way, allowing DLCs and expansions to make their appearance in the long term, aimed at further extending the permanence of enthusiasts in a world they have appreciated.

Guardiola backs Potter: 'I advise Chelsea not to sack the coach'