CES 2023: the most important innovations and trends for gamers

CES has been held in Las Vegas (formerly New York) since 1998 and is always the first major electronics show of the year. In addition, it is considered to be one of the most important trade fairs for items from the computer sector, although the areas of household and entertainment electronics have long since become enormously important. E-mobility and mobile communications are also relevant CES topics. We round up the interesting hardware and accessory news and announcements at CES 2023, which started on January 5th and ended on Sunday, January 8th. Of course, we focus on products for gamers. And here there was news from Team Green, i.e. Nvidia, even before the official start of the fair.

As we reported on Tuesday evening, Nvidia presented the new GeForce RTX 4070 Ti in a separate event at CES 2023. We put a special with a performance analysis online on Friday. The release took place two days later, namely on Thursday, January 5th.

There is a history of the graphics card, because it is apparently the graphics card that should actually be presented together with the GeForce RTX 4080 and should also be called RTX 4080, although the GPU is slightly trimmed and therefore slower. Customers should only be able to distinguish between the two graphics cards based on the amount of RAM behind the model number, which should also differ.

The delayed release also has another advantage, as Nvidia’s recommended price is 899 euros, which is 200 euros less than that which was intended for the RTX 4080 12GB. At currently around 900 euros, it is anything but cheap, but compared to the other graphics cards from AMD and Nvidia, it is okay in terms of price-performance ratio. 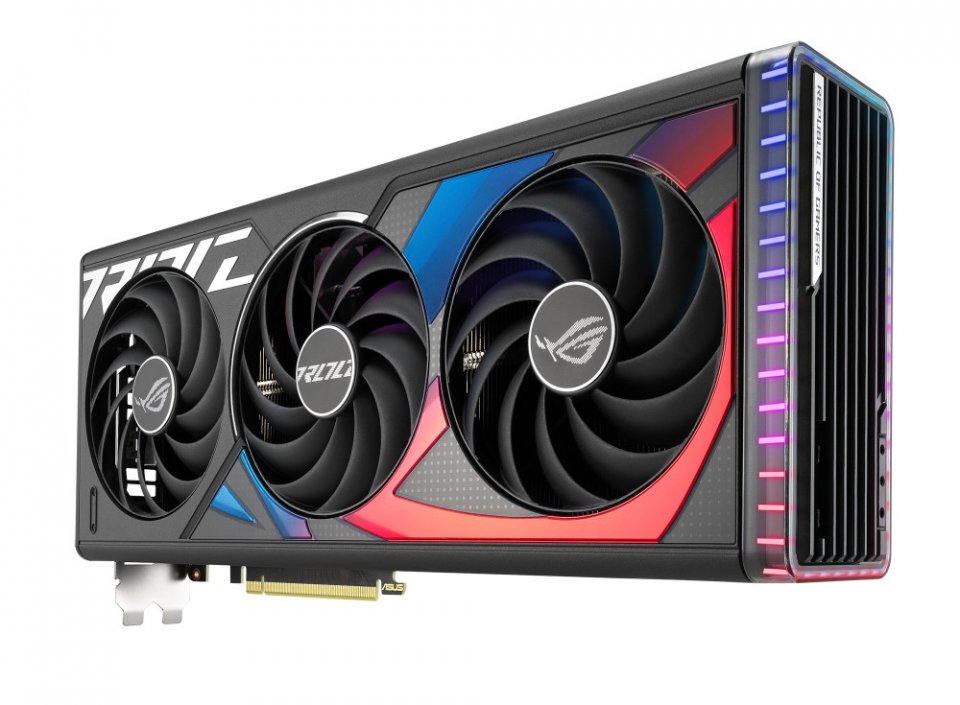 Asus ROG Strix GeForceRTX 4070 Ti Source: Asus In addition to the new gamer graphics card for desktop PCs, Nvidia has also presented a line-up for laptops. The mobile graphics cards RTX 4050, 4060, 4070 and 4080 will soon be found in notebooks.

The mobile versions are usually a little weaker than the desktop variants, since they are not fully utilized to avoid heat and to save energy. However, since there are still no desktop models for the new mobile GPUs, it is of course not possible to say anything about the performance at this point

However, one can assume that the respective notebook graphics cards are faster than their predecessors with the same model number ending. A notebook RTX 4060, for example, may even be faster than a desktop RTX 3060 – this will become apparent as soon as the first corresponding notebooks are available.

Some of these notebooks have already been announced at CES 2023, as you will see later. Nvidia also had another piece of news to report: the cloud gaming service GeForce Now will be technically upgraded.

In the “Ultimate” subscription model for 19.99 euros per month, the GPUs provided on the servers for the Ultimate subscription are switched from GeForce RTX 3080 to GeForce RTX 4080, so that more performance and DLSS3 are offered. These are not normal GeForce RTX 3080 or 4080 graphics cards, but GPUs adapted for the Nvidia server pods. However, the features and performance correspond to the respective RTX graphics card models.

CES 2023: Gigabyte, ASRock and more CES 2023 picture gallery: The most important innovations and trends for gamers