At gamescom last year, Kalypso Media announced Dungeons 4, the sequel to the dungeon simulation. Now the release is getting a whole lot closer with the announcement of a closed beta test phase. 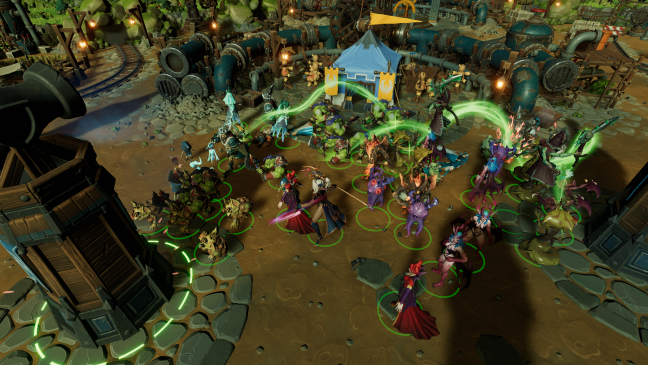 Developer Realmforge Studios has been working on the dungeon sequel Dungeons 4 for Kalypo Media for some time – and now selected players will soon be able to get their first glimpse of the upcoming title. Today the two companies jointly announced a closed beta test phase.

From now on, interested parties can register for the closed beta in the Microsoft Store and on Steam until January 15th. The actual test phase will then start this month from January 24th and will then run until February 7th, 2023.

Participants selected by Kalypso and Realmforge after the registration phase will get the chance to help the evil in his mission to destroy the overworld. The single-player campaign should be fully playable and give you an impression of the new features compared to the predecessors. These include, for example, significantly larger maps and the recruitment of new unruly monsters.

In Dungeons 4 you will be able to spread even more chaos and destruction in the full version with the dark elf sorceress Thalya. Dwarves are also part of the game this time when you enter the dungeon management simulation. The campaign will consist of a total of 20 missions, and there will also be two-player co-op multiplayer. The release is still planned for 2023, but there is currently no more specific release date or even a period.

Dungeons 4 is in development at Realmforge Studios and is set to hit the Overworld in 2023.

Dead by Daylight may be without Leatherface