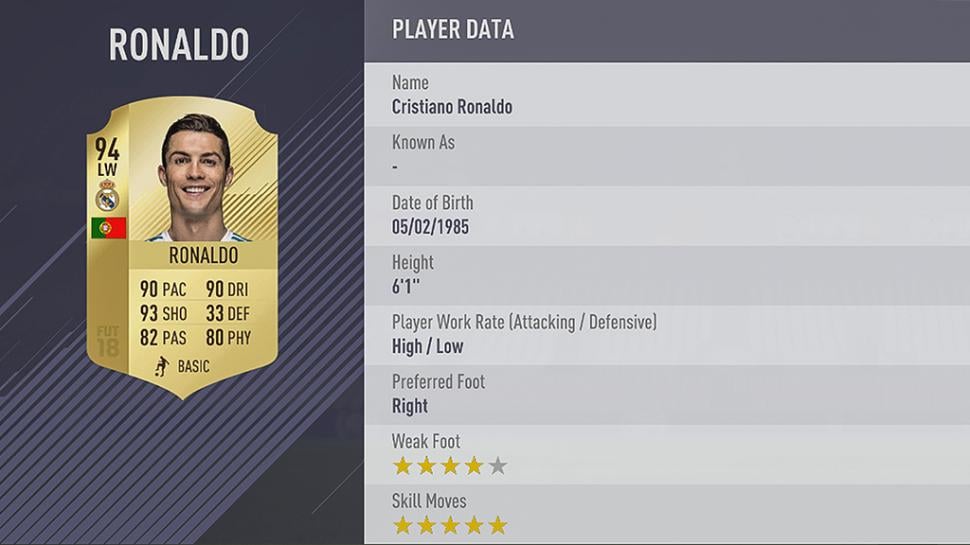 January 9th, 2023 at 2:41 p.m. by Claus Ludewig – The change of club from Manchester United to Al Nassr also has an impact on Cristiano Ronaldo in FIFA 23. EA downgrades CR7 to low.

It’s been official for a few days, the Portuguese superstar Cristiano Ronaldo is moving to Saudi Arabia. At the first division club Al Nassr, CR7 should probably receive around 200 million euros a year. In FIFA 23, the move doesn’t go down as well, as the 37-year-old now has an overall rating of just 88 points. At the start of FIFA 23, CR7 was still one of the best footballers in the EA game with an overall rating of 90. His FUT cards are popular worldwide.

Not only was the overall rating downgraded, individual ratings, such as dribbling, are also lower. When it comes to defensive work, Ronaldo “shines” with just 34 points out of a possible 100. 2010’s FIFA 11 was the last time CR7 had a rating below 90. Electronic Arts has now downgraded CR7 to its lowest rating since 2007. After a disappointing football World Cup, CR7 had quarreled with his employer Manchester United and forced a change. In 2015, Ronaldo was still saying that he wanted to end his career at the highest level and had no plans to move to Qatar or Saudi Arabia. In the meantime, the former world footballer has slowly reached the end of his career and has changed his mind.

In addition to a princely salary, CR7 should become the World Cup ambassador for Saudi Arabia after the end of his career. After the World Cup in Qatar, Saudi Arabia is said to be the next Arab country to make intensive efforts to host a FIFA World Cup. Long-term rival Lionel Messi still has an overall rating of 91. After Argentina’s World Cup title and Messi’s strong World Cup, the Argentine superstar was able to maintain his rating. In addition, Messi acts for the French top club Paris-Saint Germain and can not only collect national championships, but also compete in the prestigious UEFA Champions League.

Cristiano Ronaldo’s move to Saudi Arabia has consequences in FIFA 23. CR7 now has its lowest rating since 2007. At the start of FIFA 23, CR7 had an overall rating of 90, now the rating is 88. Ronaldo’s long-time rival Lionel Messi however, still has an overall rating of 91. After a strong football World Cup with World Cup title, the rating remains, especially since Messi is still playing in the UEFA Champions League with the French club PSG.

"The rumors are true": James Cameron's behavior on Avatar 2 targeted by an actress

Samsung Galaxy S23: official images of the base model revealed