A performance testing specialist claims that Nvidia is working on improving its graphics drivers. By using an AI, the firm could reap big performance gains. 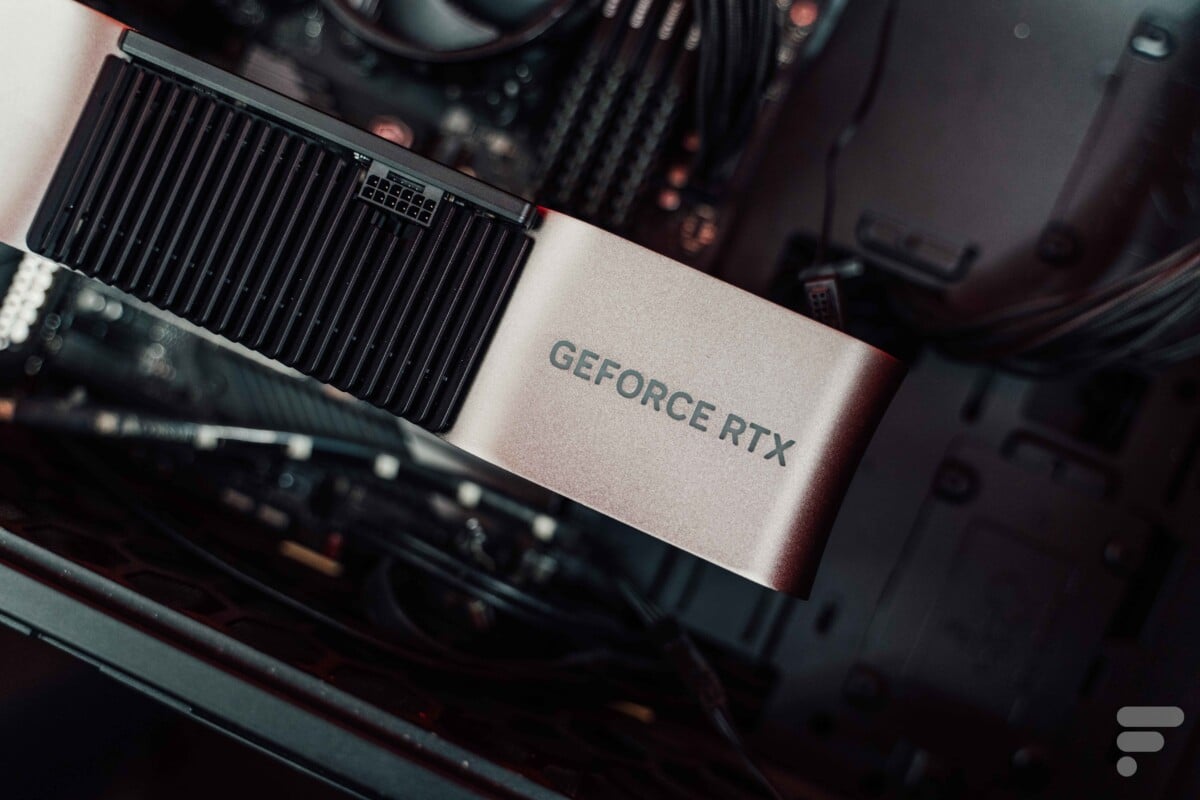 For several months, the use of Artificial Intelligence has been on everyone’s lips in tech and promises to work miracles. The field is not new to Nvidia, which has already developed one of the most practical applications of AI for the general public with DLSS.

The firm would have found another field of exploitation for AI: the writing of its graphics drivers. An area that could provide a big performance boost to the GeForce RTX.

Between 10 and 30% more performance

The information comes to us from the Twitter account of CapFrameX, spotted by 01Net. CapFrameX is a software allowing to measure the performances of a machine in play and it is a tool already used by many journalists.

Take this with a grain of salt. If true Nvidia drivers will be real “fine wine”. pic.twitter.com/QGTUL9iK7N

The official account of the tool announces a rumor on its Twitter account: Nvidia would work on graphics drivers optimized by IA. The release would be scheduled for the beginning of the year and would affect all elements of the pilot: instructions, scheduling, parameters, use of hardware, monitoring, etc. This is an area that Nvidia is actively working on. With Ada Lovelace, the GeForce RTX 4000 architecture, Nvidia offers a new scheduling for shader calculation in order to increase performance in games with ray tracing.

The importance of driver optimization

Graphics card drivers have now become one of the essential building blocks for providing a good level of performance in games. With each major release, Nvidia releases an optimized version of its drivers to try to offer the best in-game performance.

Over the years, the pilots have become more complex and heavier. Nvidia has been singled out over the past few years for cumbersome graphics drivers. The firm may have found a new method with this AI to write lighter and more efficient drivers.

For now, as CapFrameX points out, all of this should be taken with a grain of salt. Let’s hope the developer got it right, the promise looks very nice.

WoW: Blizzard’s balancing tactics – if in doubt, make them unplayable

Real lost two players of the first team at once

Fantastic cosplay of Jinx from Arcane and LoL breaks all chains!