Hands and Feet, Streamer Defeats 2 Malenia at Once in Elden Ring • Aroged 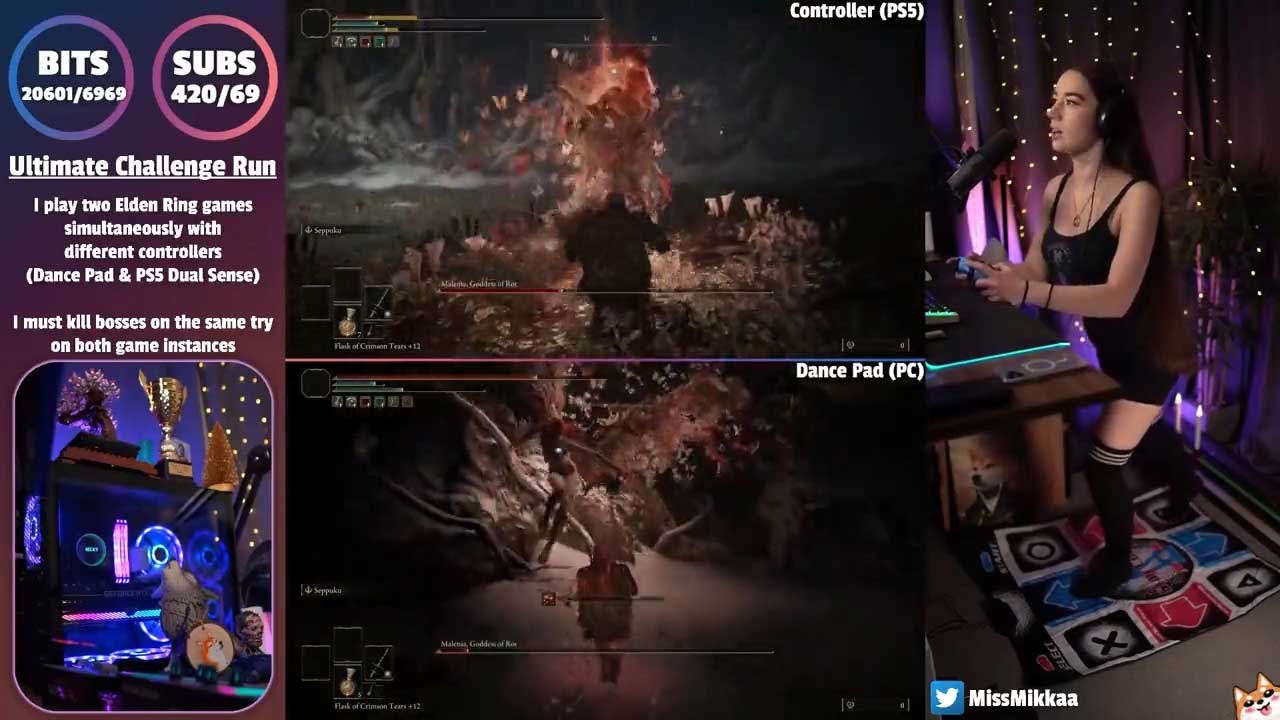 It’s always interesting to see what kind of madness the community goes through whenever the new Soulsbourne series comes to the fore. As if to prove that the game concocted by From Software isn’t as difficult as imagined, they challenged themselves with more modifiers, both in-game and physically, to make the process even more challenging. There are those who use unusual controllers, there are those who set their own targets such as using only bows or bare hands, to those who want to finish them without taking any damage at all. Or the newest? Complete 2 Elden Ring games at the same time using your hands and feet.

It was this challenge that Twitch streamer – MissMikkaa did a few weeks ago. Using two different Elden Ring games – Playstation and PC, MissMikkaa tries to subdue this From Software game while using two controllers at the same time: hands with DualShock and feet with a Dance Pad controller. A challenge that sounds impossible. The good news? He was finally able to defeat one of the hardest bosses in any FromSoftware game – Malenia.

2x MALENIA HAS BEEN DEFEATED! After 3 days and 199 tries Malenia is dead in the Ultimate Challenge Run where I play Elden Ring twice simultaneously (with a dance pad & controller). In the beginning I was not even sure if this run was possible. Radagon/Elden Beast is next! pic.twitter.com/cS9VQLvrlE

After trying for 3 days with about 199 tries, MissMikkaa finally succeeded. He succeeded in subduing two Malenias at once at almost the same time. The builds for the two characters he uses are similar, where the attack to trigger the Bleed status effect is used as a mainstay.

With Malenia defeated, MissMikkaa herself is getting closer to completing the Elden Ring completely. How about you? Have you beaten Malenia in the Elden Ring?

"Avatar: The Way of Water" has already grossed $1.7 billion worldwide and became the seventh highest-grossing film in history - Aroged