For a long time it was quiet about the former VR top dog HTC. At CES 2023, the company presented the Vive XR Elite, standalone glasses that aim to compete directly with the Meta Quest. 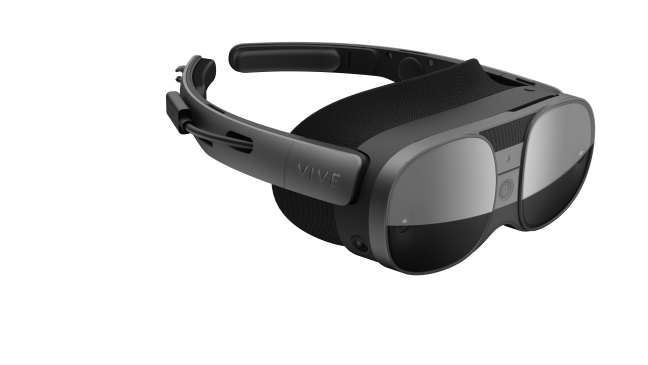 Not everyone may have the VR market on their radar, but they still exist, the enthusiasts. At CES 2023, the former top dog HTC has now announced new standalone glasses that are reminiscent of Meta’s Quest 2 in some respects. The Vive XR Elite not only offers you virtual reality, augmented reality functions are also on board. In addition, an RGB camera is used for pass-through.

>> The 10 best games for PlayStation VR: PSVR glasses are worthwhile for these titles <

According to the manufacturer, the device weighs 625 grams including the batteries. There is a refresh rate of 90 Hertz per eye, the resolutions of the two displays are each 2K resolutions, so overall you get almost 4K with 3840×1920. Those who wear glasses among you can look forward to a correction of up to minus 7 dioptres, according to HTC, those who are farsighted should not need any help.

The battery life is said to be around two hours, but you can also use the card in wired mode, where it is powered. You can then also access Viveport and SteamVR on a PC. Wireless PC streaming is also possible via WiFi 6E. You can stream content to the Vive XR Elite from compatible Android devices, such as Netflix, Disney+ and Fortnite.

Other technology in the glasses: a Snapdragon XR, sensors, four cameras, fans for cooling and more. However, HTC can also afford all of this equipment at a reasonable price, the recommended price is 1,399 euros. You have to let it sink in first. You can pre-order it now, it should be shipped at the end of February 2023.

This video introduces the HTC Vive XR Elite standalone VR glasses in more detail. You can see the cameras, sensors and setting options to adapt them to your own head shape.

Xbox’s flagship game would be preparing for heavy sacrifices

The Medium and Observer: Sequels are possible, says Bloober Team

“I was looking at my weapon.” Ex-UFC fighter made a frank confession