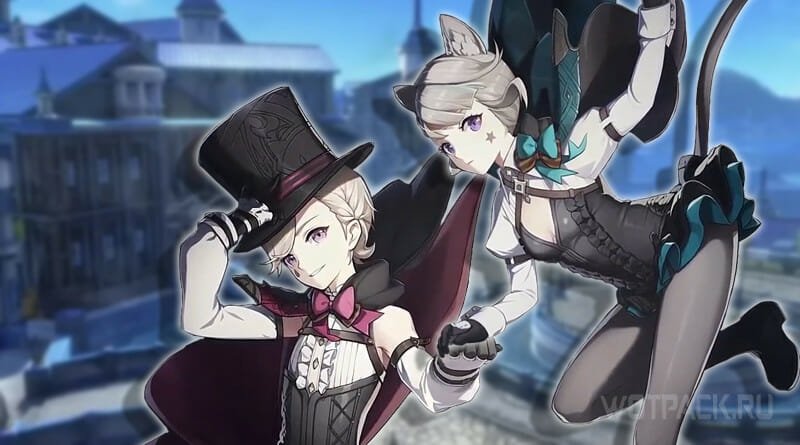 Lynn and Lynette in Genshin Impact are Fontaine’s first known heroes, first shown in a teaser for Teyvat’s full storyline on the official YouTube channel on the day of the game’s release on September 28, 2020. In the introductory video, the characters appeared together, and, under the narration of Dainsleif, presented the fourth volume of the game’s plot called “Masquerade of the Guilty”.

In the article we will tell you when Lynn and Lynette will become playable characters in Genshin Impact and what is known from insiders. 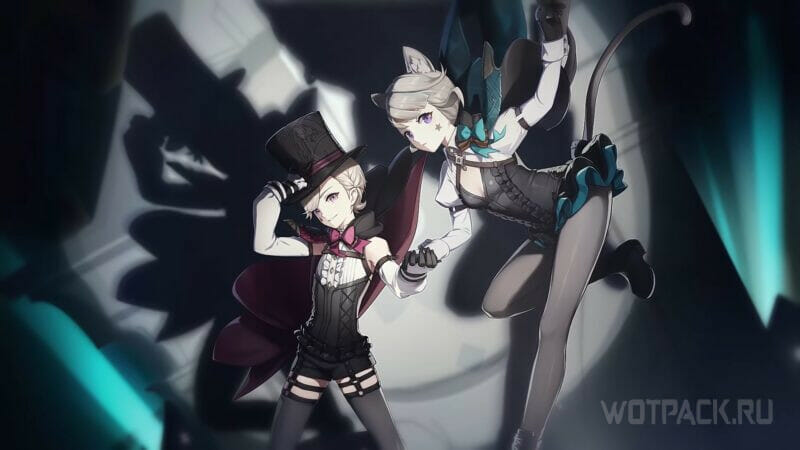 Even though the characters were shown in the said cutscene, their final in-game appearance is still a matter of debate. After a large-scale leak of the future characters of Fontaine and Mondstadt, images of the game models of many heroes, including Lynn and Lynette, turned out to be in the public domain. 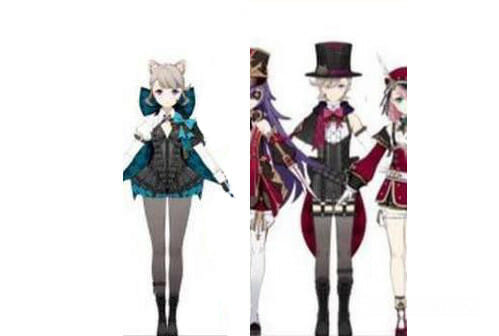 As many players may have noticed, the appearance of the twins has not undergone any changes, their design has remained unchanged and completely matches their image in the teaser. However, dataminers and insiders soon stated that the leaked renders may be very outdatedand the appearance of most of the characters shown will change towards the exit of the Fontaine region.

When will Lynn and Lynette come out in Genshin Impact

There is no exact release date for Lynn and Lynette yet, however, a few guesses can be made based on the other heroes featured in the Teyvat teaser.

So the twins will probably be in the game with Fontaine’s release. c patch 4.0which is scheduled to be released on August 16, 2023. This is how Diluk, Ning Guang, and Ayaka were released, representing the kingdoms of Mondstadt, Li Yue, and Inazuma, respectively.

However, release heroes may be delayed for 1-2 patches. So Saino appeared in the game, shown in the video in the chapter of Sumeru.

At the moment, it is not known exactly what types of weapons and Eyes of God the Fontaine twins possess, however, there are already many speculations and as yet unconfirmed rumors about this. 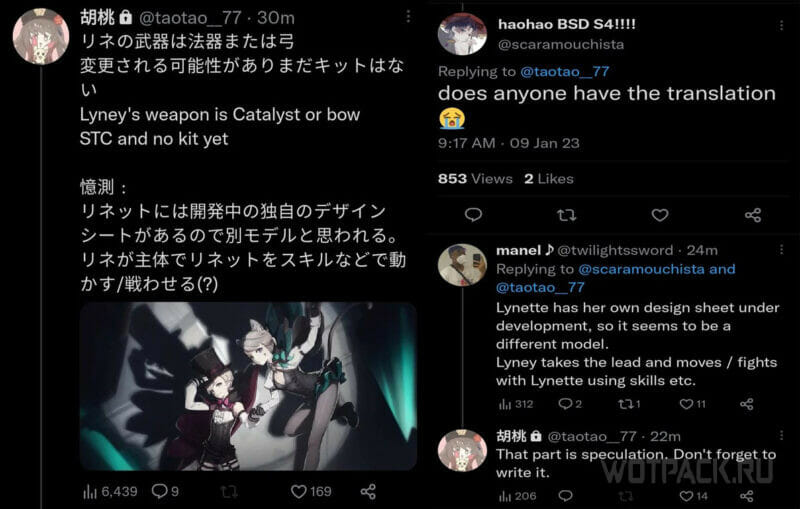 Yes, insider. Plusle reported information that Lynn’s weapon could be garlic or catalyst. Lynette will presumably be responsible for the elemental skills in the pair.

Another interesting fact about twins shared Uncle J. Probably Lynn and Lynette will be the first character in the game “two in one”. An insider reports that Lynn is “puppeteer” and, in fact, controls Lynette in combat. All attacks of the heroes will be combined, however, the main character in the pair will be a male character. Lynn will be on the battlefield all the time, and it will also be controlled by players outside of battles.

Unverified and unconfirmed information is that Lynn Krio has the Eye of God. insider listen joined the discussion on future Fontaine characters on Twitter and hinted that the character Kryo catalyst – to be. The statement caused a wave of discussion among the gaming community and gave rise to the conjecture that it was the twins who would become the carriers of the Cryo element.

Share your opinion about Lynn and Lynette in comments. Tell me, do you think the twins are likely unique characters? Read all the leaks about Fontaine and follow the banner schedule and Genshin Impact news on our website.

OFFICIALLY. The scandalous ex-player of Dynamo will continue his career at home

Three billion rubles in nine days: "Cheburashka" has not yet bypassed only "Kholop"