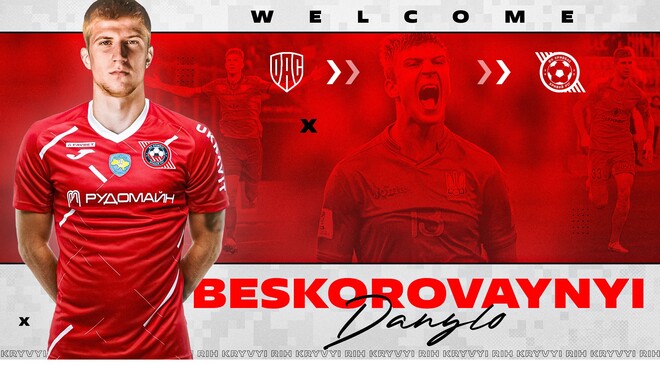 The contract was signed for a period of 3 years. FC Kryvbas purchased the player from Slovak DAK 1904. Daniil will play for the Ukrainian team at number 13.

In 2019, as part of the Ukrainian U-20 team at the World Championships in Poland, Beskorovayny won gold awards with the team of Alexander Petrakov.

It should be noted that Daniil Beskorovainy is a graduate of Kryvbas. He made his debut in professional football for Volyn under the leadership of Vitaliy Kvartsyany.

No Blockchain in PUBG: Developer Can Sue NFT Platform

PC promo: this accessory will be perfect for a 2-screen configuration and also benefits from a flash sale!

Wild Hearts: Revealing a new Kemono at The Game Awards 2022