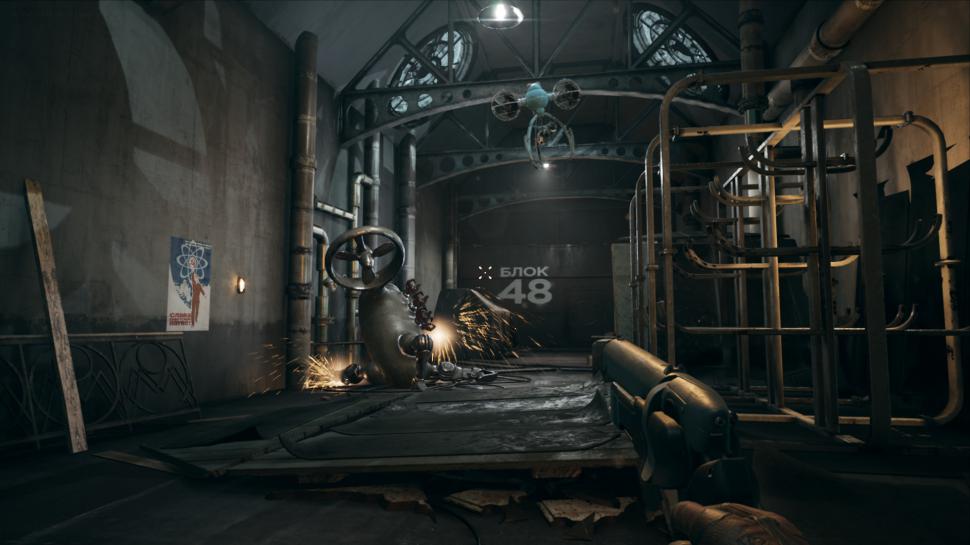 01/09/2023 at 08:04 by Tim Rantzau – The shooter Atomic Heart, which is strongly reminiscent of titles like Bioshock, will be released on February 21, 2023 for Xbox and Playstation consoles and the PC. After an interview with game director Robert Bagratuni, it is now clear that Atomic Heart will be a pure single-player shooter.

One of the most important shooters of this year could be the shooter Atomic Heart from the Russian developer Mundfish. This puts the player in an alternate reality of the Soviet Union full of deadly robots. Atomic Heart will be released on February 21, 2023 for Xbox and Playstation consoles and PC. A few weeks before the release, it is now clear that the title will be a pure single-player shooter. Atomic Heart was originally planned to have multiplayer content in the form of PvP elements.

Project Leonardo: This is how the PS5 controller should enable barrier-free gaming

Speaking to WCCF Tech, Game Director Robert Bagratuni explained that with Atomic Heart (buy now €69.99) the team wanted to create “something extraordinary” from the start and offer players a “unique game”. “This applies to the story and the structure of the game as well as many game mechanics,” says Bagratuni. However, some of the ambitions ended up being a little too much, so the team had to make some cuts during the game’s development. “We made the difficult decision to scrap some ideas, even very big ones, like multiplayer. It was painful to have to make decisions like that, but it was the right decision.”

When asked if some of these ideas might reappear in the announced DLC, Bagratuni stressed that Atomic Heart is a single-player experience and “no multiplayer add-ons are currently planned.” “The DLCs are designed to significantly expand the gaming experience with new areas, quests, puzzles, enemies, and character and world stories,” Bagratuni continued. “We plan to significantly expand both the open-world areas and the new complexes and laboratories where the player will learn more about the world of Atomic Heart and have to overcome new challenges.”

Stalker 2: Signs of Life with Soundtrack Sample on Steam

Electric car: what is a fast charging curve and why is it important?

In 2022, the audience of gamers in the world will decrease by 150 million people