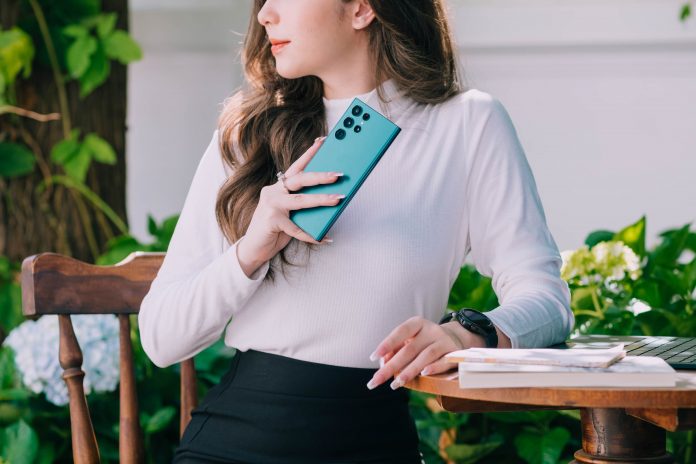 Samsung Colombia has announced via its website that the Galaxy S23 will be launched on February 1. The company promises that “epic moments” are ahead.

Samsung’s Colombian division released that information a bit too early. The webpage for the Unpacked event has since been removed. Via Ice Universe, who regularly published rumors about Samsung devices in recent years, we now get to see the page. The web page was also archived via Wayback Machine so that you can still view the page in its entirety. In addition to the launch date of February 1, 2023, the website offers little information about the smartphone series.

At the top of the webpage we do see the characteristic camera module of the Galaxy S23 series. That module consists of several separate cylindrical elements, just like on the Galaxy S22 Ultra. The fact that this design would be chosen was previously shown by renders from OnLeaks. Recently, the British MobileFun also published images of official Samsung cases that confirmed this design.

Samsung does not speak specifically about the Galaxy S23 series on the Unpacked page. “Sign up and get to know the new Galaxy,” writes the Korean tech giant. Presumably, the manufacturer simply refers to the Samsung Galaxy S23 with ‘new Galaxy’. It is not confirmed, but it seems to us the only logical option given that the company is currently announcing new Galaxy S-series smartphones every year. New foldable phones are not expected until later this year.

Details about the Galaxy S23 series are also relatively scarce. It is known that Qualcomm supplies the Snapdragon 8 Gen 2, and that the smartphone may gain access to Snapdragon Satellite. Smartphones with support for this technology can still send the necessary text messages without mobile connectivity to get in touch with others in an emergency. Although we don’t necessarily benefit from this in Belgium, with few real ‘dead zones’ for mobile networks, it’s a different story in countries such as the US or Australia.

Furthermore, the smartphones would switch to 256 GB storage in the base model for the first time. That switch applies to the S23, S23+ and S23 Ultra. The latter model can still be upgraded to 512 GB or 1 TB storage memory if the leaked information is correct. Finally, we know from rumors that Samsung’s Galaxy S23 will be available in four colors – Botanic Green, Cotton Flower, Misty Lilac and Phantom Black.

We don’t have to wait long to get the information confirmed. Galaxy Unpacked 2023 for the Galaxy S23 series will take place on February 1.

Glass Onion: The wait to see the sequel to this Netflix Original should not be long!