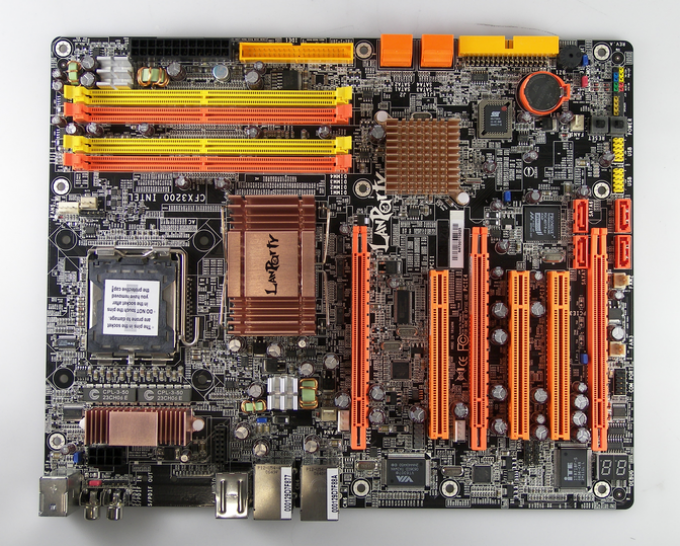 01/10/2023 at 00:01 by Henner Schröder – Ati + Intel, AMD brings the latest Athlon 64 FX and PowerVR Series 6 aka Rogue – that happened on January 10th. Every day, PC Games Hardware takes a look back at the young but eventful history of the computer.

…2001: It is a partnership that would hardly be conceivable just a few years later: Ati and Intel announce closer cooperation on January 10, 2001. This not only settles an older legal dispute between the two companies, they also agree on an exchange of licenses: Ati can now produce chipsets for Intel processors, and in return Intel gets access to Atis multimedia technologies – whatever that means. Many suspect that Intel will soon be integrating Ati graphics chips into its own chipsets, since the i740 and i752, which have meanwhile become too lame, cannot keep up with the high-performance competition. However, this never happens, Intel continues to use its own GPUs in chipsets and later in most processors.

…2006: The last rebellion of a platform: On January 10, 2006 AMD brings the Athlon 64 FX-60 onto the market. The dual-core processor runs at 2.6 GHz and offers 1,024 KiByte L2 cache per core. The model based on the Toledo architecture is the fastest processor ever released for Socket 939 – after which the AM2 takes over.

…2012: Just in time for the CES, the British developer PowerVR announces its “Series 6” – the sixth GPU series from the company. This should be 20x faster than competing solutions – but in the mobile market, because after the Kyro cards, the British concentrated entirely on the emerging market of notebooks and especially smartphones and later tablets. The graphics technology from PowerVR is also found in some Atom chipsets from Intel as the GMA500. But back to Rogue: This architecture is designed to be highly scalable and, in a possible expansion stage, even as the first mobile GPU to be fully compatible with DirectX 11.1 including Direct Compute – which, in addition to the OpenCL API that is also supported, also makes the GPU usable for calculations away from pixels and texels .

Halo is Paramount Plus' 2022 Top Series of the Year

RATE OF THE DAY. The main matches of the day and popular predictions for January 10

New teaser trailer for Ant-Man and the Wasp: Quantum Mania

Elden Ring boarding: here is the new, spectacular mod with the characters of One Piece

Marvel’s Midnight Suns: Deadpool-DLC jetzt verfügbar – The Good, the Bad, and the Undead