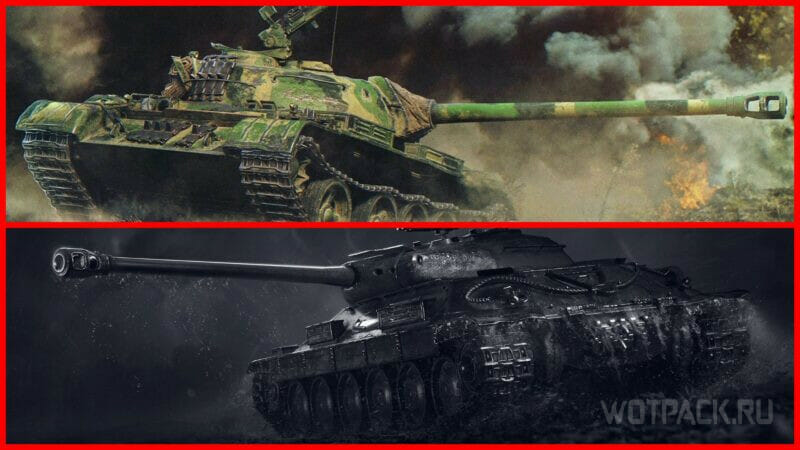 The January patch 1.19.1 will bring to the game not only a new branch of Chinese heavy tanks with jet boosters, but also an update to the bond shop in the World of Tanks. For the second time in a row, Lesta Games not only introduces new vehicles, but also excludes the old ones, apparently, such a rotation is a new feature in the RU region (Wargaming does not practice this in World of Tanks).

Removed from the list of tanks available for purchase:

The peculiarity of this technique is that it has preferential level of battleswhile IS-6 Ch and T-34-3 are generally one of the best in the bond shop among level 8 premiums.

They will be replaced by mediocre technology:

All tanks will cost 8,000 bonds, and only the E 75 TS can be called a good one. All the rest are too weak and irrelevant for the current random house.

The update comes out on January 10-11, so there is still time to buy old equipment before it is withdrawn. In our article, read the review of all tanks for bonds, where we have chosen the best vehicles. Write in the commentsWhat do you think of this replacement?

Goalkeeper Metallist: "In fact, the team's coach is Kobin"

Gamera Interactive says it wants to make Alaloth: Champions of The Four Kingdoms the biggest indie RPG ever

The Last of Us: There's more of this in the HBO series than in the game

Super Nintendo World in Hollywood: First Look at the Park - Opens in February

Elite Dangerous: Odyssey – Attack of the Thargoids – The latest chapter in the ongoing story

Forspoken: Digital Foundry’s video analysis shows the lights and shadows of the game on PS5