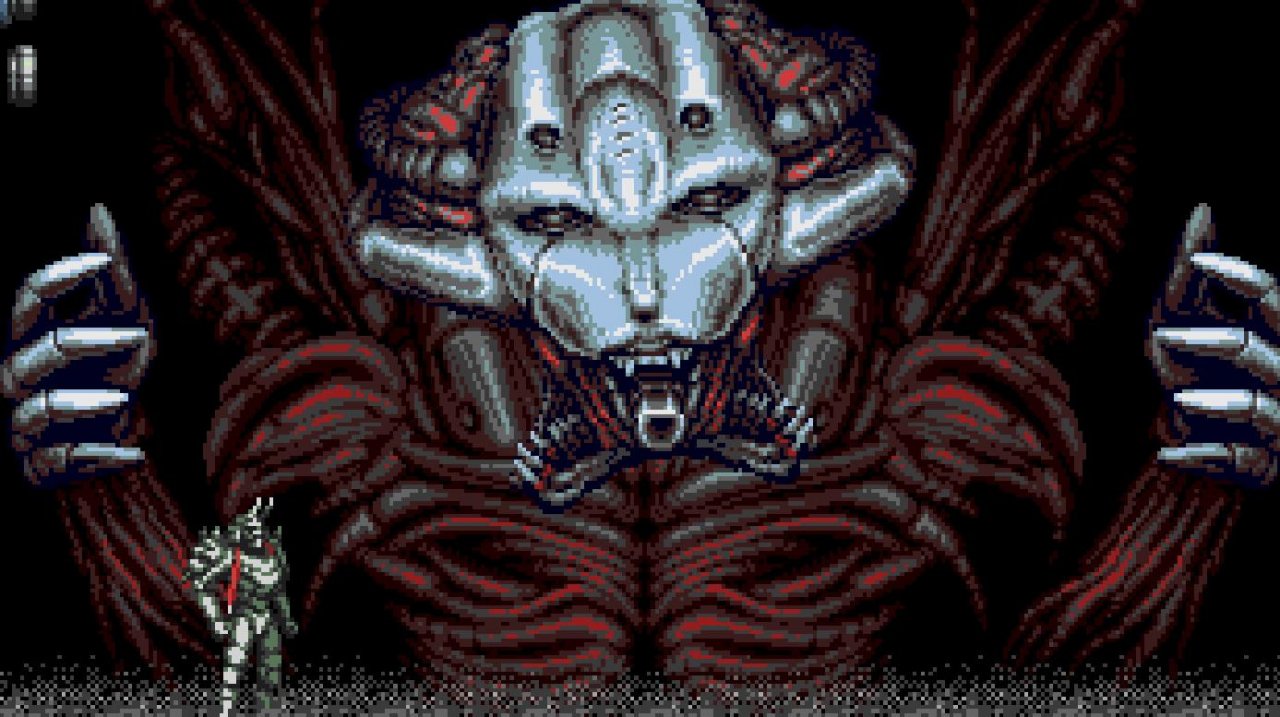 IGN.com has exclusively published a gameplay footage Of Vengeful Guardian: Moonrider, the new arcade from specialists JoyMasher. In particular, the video shows him stage 3in which our avenger has to escape from a big robot chasing him in the initial part of the level.

As visible from the video, Vengeful Guardian: Moonrider is a not too veiled tribute to some classic action platformers of the 16-bit era, in particular the Shinobi for Mega Drives. Whoever recorded the video demonstrates some familiarity with the game, but you don’t expect it to be that easy (because it’s not). We see:

Vengeful Guardian: Moonrider is a side-scrolling platformer action game that combines the golden age of classic 16-bit action games with a vengeful mission at breakneck speed.

MOONRIDER’S REVENGE
In the downtrodden world of Vengeful Guardian: Moonrider, humanity finds itself with an unlikely hero at its side. After building an army of super-soldiers to use as weapons of war, the despotic authorities unwittingly seal their fate by bringing online the ninja warrior known as Moonrider. Conceived as a tool to safeguard the totalitarian state, Moonrider rejects the purpose for which it was designed and declares that it will fight to the end to take revenge both on those who created it and on the other super-soldiers.

GET EQUIPPED AND PREPARED TO FACE YOUR CREATORS
The design of Vengeful Guardian: Moonrider offers the best elements of classic action games together with the precision aiming of the protagonist ninjas, thus ensuring energetic and efficient fights that are extremely challenging.

Throughout the adventure, powerful modifier chips will be hidden and guarded, allowing you to customize Moonrider’s fighting style, gaining lethal perks and abilities.

STUNNING PIXELATED GRAPHICS ACCOMPANIED BY AN AMAZING SOUNDTRACK
The beautifully desolate world of Vengeful Guardian: Moonrider perfectly represents the halcyon days of the 16-bit era with intricate graphics, following a challenge through eight deadly levels. You’ll enjoy smooth platforming action from start to finish, for a tight and focused experience that won’t give you a break.

Accompanying the beautiful pixelated graphics is an incredible soundtrack, with a nostalgic and timeless atmosphere. The result is the quintessential retro experience.

Source: Arsenal in talks for Mudrik, Shakhtar insist on £85m

The Callisto Protocol: some developers have not been acknowledged in the credits

Activision Blizzard: Hearing on private gamer lawsuit to be held in March