Crash test: all about the new Euro NCAP protocol, for even safer cars

The independent organization Euro NCAP, which is responsible for giving a safety rating to each vehicle tested, has just published several updates for its protocol, in particular concerning collisions. 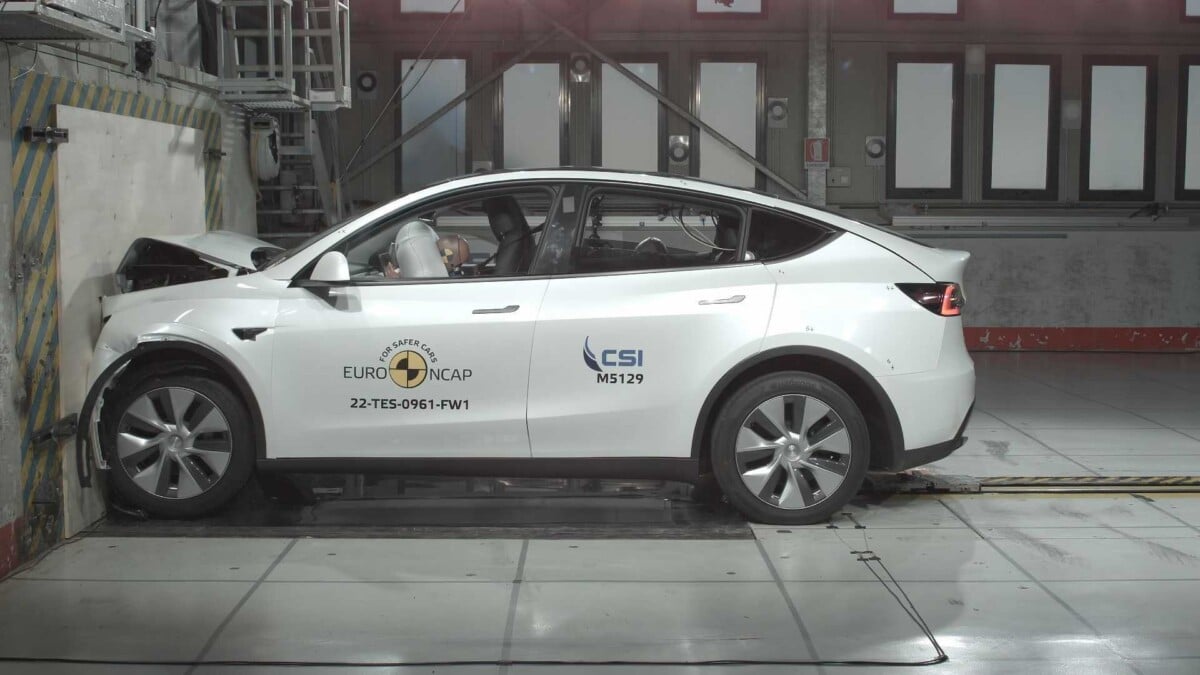 The Tesla Model Y is the safest car on the market according to Euro NCAP // Source: Euro NCAP

We regularly provide you with a short topo of the ratings that new electric cars receive in terms of safety. If today’s models are so safe, it is thanks in particular to the independent organizations which, in the four corners of the world, establish test protocols to highlight car safety.

In Europe, the organization in question is called Euro NCAP, an organization which you will certainly know thanks to its final rating system which is based on a rating ranging from zero to five stars.

What is Euro NCAP?

The European New Car Assessment Program (Euro NCAP) is an independent international body based in Brussels, Belgium, established in 1997. Its function is to carry out impact tests in order to test the capabilities in the field of passive safety of vehicles. It’s about today justice of the peace in matters of security, and the good results become important communication elements for manufacturers. A safe and secure car is obviously a car that can sell better.

Since 1997, the Euro NCAP protocol has obviously greatly evolved, with new tests making it possible to highlight such and such technologies. The biggest changes came in 2018, with a complete overhaul of the test protocol to take into account the new driving aids. It is for this reason in particular that the Dacia Spring and the Renault Zoé obtained very poor ratings.

These tests are also used by manufacturers to identify the various areas for improvement. The Euro NCAP organization has just unveiled a new update to its test protocol, but also its future strategy concerning the evolution of this same protocol via the “Vision 2030” plan.

Among the main changes, there was the arrival of a new protocol concerning driving aids, with a series of tests much more complex than in the past. The aids are now being tested to shed light on their behavior in everyday life situations, such as motorway traffic or on busy roads. But also in less common situations, such as when avoiding an obstacle in the road or automatic emergency braking in the event of a sudden unexpected slowdown.

Euro NCAP goes even further, since over the coming months, the organization will virtually test certain aids, tests which will make it possible to reproduce situations that are very difficult to set up in “real life” in order to know how the car can react. This new phase of testing will allow engineers, for example, to understand the limits of many active or passive systems even before they are put to the test.

The safety of the occupants is good, that of other users is good too. Distracted driving can be fatal, but not just for the driver. Pedestrians and cyclists, to name a few, are particularly vulnerable.

It is precisely for this reason that the Euro NCAP organization will bring an update to its protocol with the arrival of even stricter tests concerning systems for automatic recognition of pedestrians or cyclists on the road. This safety equipment is now almost mandatory in the standard equipment of a car, and the one that is not equipped with it immediately receives a very bad note. 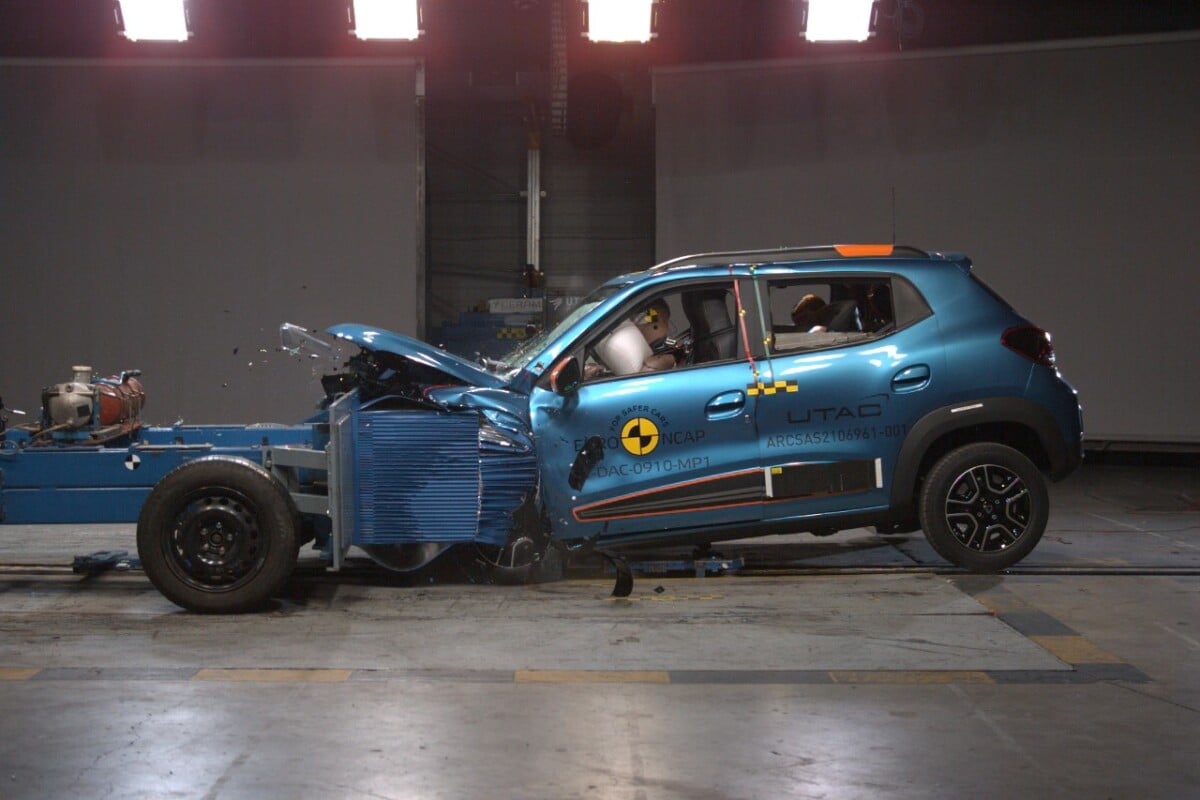 Due to its lack of driving aids, the Dacia Spring recently collected a single star from the new Euro NCAP protocol // Source: Euro NCAP

Differentiate between a man’s and a woman’s body type

There will also be some changes to the mannequins used. Until now, it was a “standard” mannequin, with the same weight and the same height, and the physiognomy of a man. As a result of research carried out in Sweden, which began in 2009, scientists found that women, due to their different morphology from men, are more likely to suffer serious injuries in a car accident, thus leading to a higher risk of death.

It is precisely for this reason that the European body will soon introduce models of different sexes in its testing guidelines, and will develop special research to provide directly to builders.

Connectivity will also play a key role in security

It is precisely for this reason and in order to provide users with independent and “safe” data that Euro NCAP will also introduce, in its test protocol, an essay on V2V, V2I and V2X communication systems (vehicle with vehicle, vehicle with the road, vehicle with everything around it).

These technologies are still very recent and are not fitted to all new cars, but several electric cars are beginning to receive this type of technology, such as the Volkswagen ID.4 for example.

We recently offered you a file on the fire risks of electric cars, and why they were so spectacular. Indeed, electric car fires, although quite rare contrary to what one might think, are very tenacious because of the energy density of their battery. Thus, Euro NCAP will now take several parameters into account and provide builders with feedback on the criteria analyzed and the possibilities to minimize the risk of firewhile a specific protocol will be put in place for firefighters around the world regarding the do’s and don’ts of putting out a burning electric or hybrid car.

The new protocol, step by step

To better anticipate, Euro NCAP may in the future have access to certain technical data of vehicles under development. Obviously, several questions arise for the manufacturers, in particular concerning confidentiality, but access to this data will allow Euro NCAP engineers to point out certain areas for improvement even before the car is marketed.

To summarize this new protocol step by step, which should arrive in 2026 and which will then be updated every three years in order to follow the technological and technical developments of new cars, here is how it will work:

Euro NCAP does not intend to stop there, and plans many evolutions of its crash test protocol by 2030 as can be read in their white paper and in the calendar presented below. The objective is to succeed in preventing accidents, mitigating them if this is not possible, and facilitating the work of the emergency services. 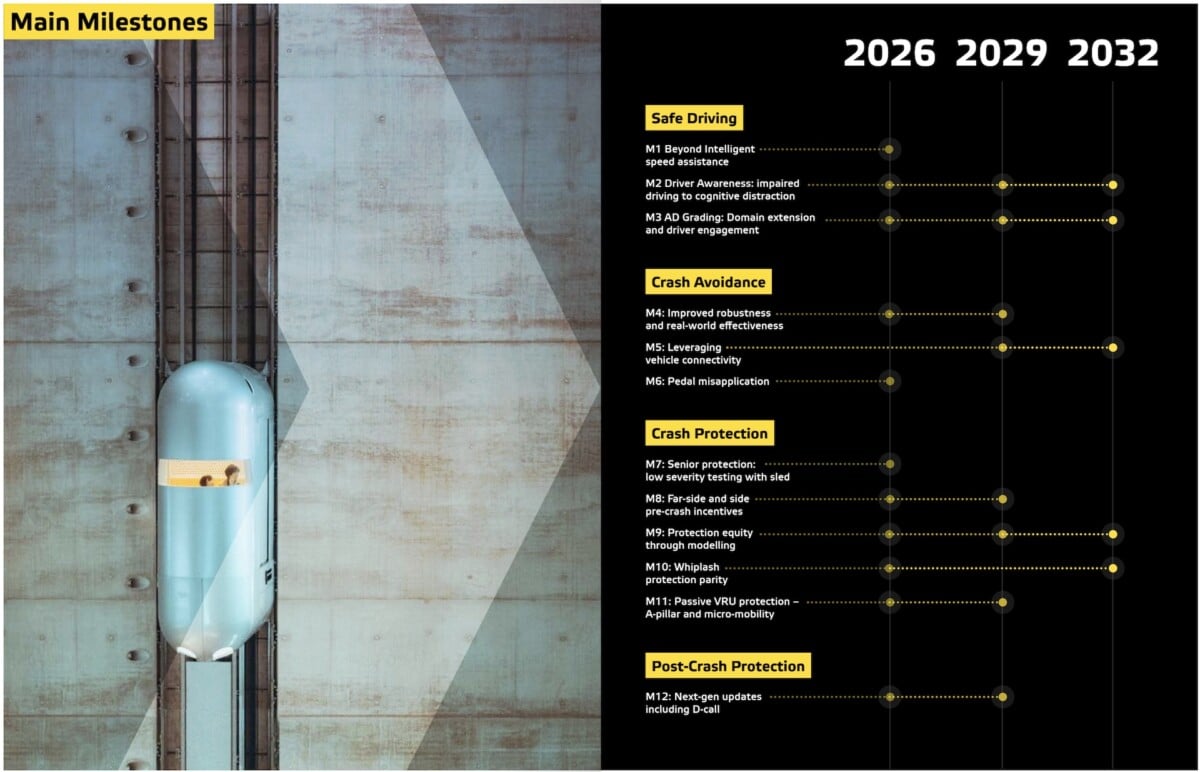 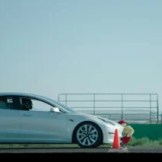 The director in charge of Autopilot at Tesla has just revealed an interesting figure. The autonomous driving system makes it possible to avoid, at the very least, 40 accidents per day!
Read more

Ubisoft, victim of a vertiginous fall in the stock market. We explain why

A PHOTO. Malinovsky in Marseille has already managed to meet with Ukrainian children

“After a while, I’m tired”, Antoine Daniel takes a categorical measure vis-à-vis Twitter!

Juventus set their sights on the purchase of Mudrik. Arsenal will compete