After the first characters that you can embody in “Dead Island 2” were recently presented, a suitable teaser trailer is now available for viewing. In this you will be introduced to the powerful Ryan in more detail. 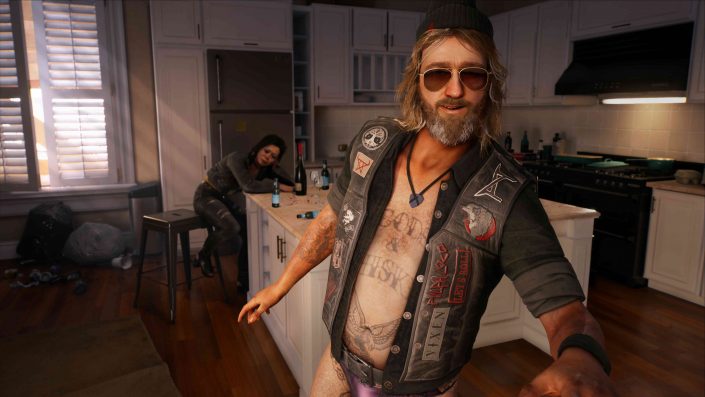 If nothing goes wrong in the final phase of development, then the horror action title “Dead Island 2” will be released for consoles and PC at the end of April.

To get you in the mood for the upcoming release, Deep Silver and the developers at Dambuster Studios started showing you the playable characters a few days ago introduce a little more. In addition, a fresh teaser trailer has been released, giving you a glimpse of the protagonist Ryan.

Officially, Ryan is described as a powerful character who relies primarily on his physical strength in battle.

Of vengeance and thrown undead

For example, his power allows Ryan to grab and throw zombies. In addition, the ex-firefighter has a hand hatchet and an ability called Retaliation. When Retaliation activates, Ryan gains a small power boost each time he blocks or dodges an attack. The “Seesaw” skill, on the other hand, provides a small health boost when a zombie is successfully knocked down.

In “Dead Island 2” not only completely new characters are waiting for you. In addition, the path leads for the first time to the cult metropolis of Los Angeles, which is being hit by a zombie plague. Just like in the original “Dead Island”, you can choose to tackle the adventures ahead of you alone or cooperatively with other players.

Cyberpunk post-apocalyptic survival game Atrio: The Dark Wild is out on Xbox

Tesla lowers the price of the Model Y and 3! But only in China...

Lost Ark: date of the cross-over event with The Witcher revealed

PC Game Pass: Players are receiving codes for The Walking Dead due to issues