Deliver Us Mars: New story trailer sets the mood for the approaching release

In a few weeks, the story adventure “Deliver Us Mars” will be released for the consoles and the PC. To get in the mood for the approaching release, a new story trailer is now available for viewing. 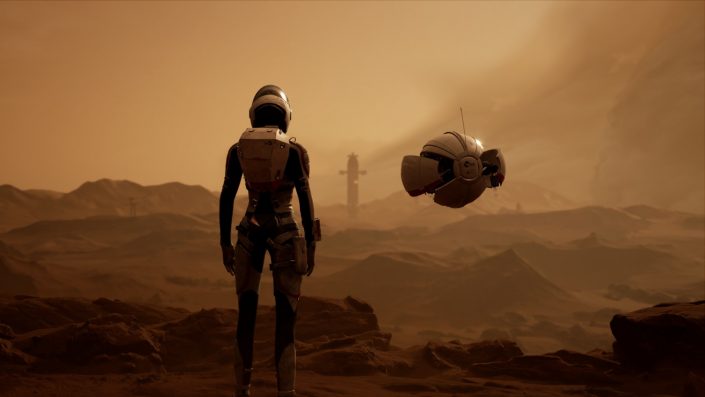 After a postponement, which should primarily benefit the quality and the final touches, the story adventure “Deliver Us Mars” will be released next month for the PlayStation consoles, among others.

In order to sweeten the waiting time until the final release, the developers at Keoken Interactive have provided another trailer for “Deliver Us Mars”. As usual, it is available for viewing below these lines and, on the one hand, goes a little closer to the history of the spiritual successor to “Deliver Us the Moon”.

In addition, various characters can be seen who will play an important role in the plot.

More extensive than the predecessor

As the responsible narrative director Raynor Arkenbout confirmed in an interview at the end of last year, “Deliver Us Mars” will be significantly longer than “Deliver Us the Moon”. However, he did not name a specific season. “We are not releasing any details on the length at this time as we believe it will vary per player,” it said. “With Deliver Us the Moon, there were a lot of comments asking us to make a longer game next time. And we wanted that too. It’s a lot longer!”

In “Deliver Us Mars” humanity once again fights for its survival. Ten years after the events of Deliver Us the Moon, you join the crew of the Zephyr space shuttle and travel to Mars. Your task on the Red Planet is to retrieve vital colonization ships. However, you quickly find yourself confronted with a dark conspiracy that emanates from the mysterious group “Outward”.

Deliver Us Mars will be available on February 2nd, 2023 for PC, PlayStation 4, PlayStation 5, Xbox One and Xbox Series X/S.

One Piece Odyssey: PS4 and PS5 Demo available to download

Qarnot, supplier of 'digital boilers' that use servers to heat water, raises €35m