Final Support Off: Review of Windows 7 and Windows 8.1 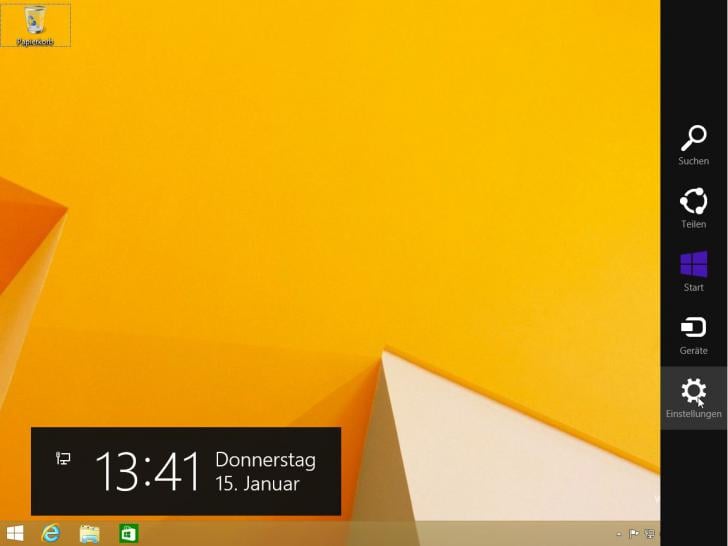 January 10th, 2023 at 2:41 p.m. by Claus Ludewig – At Microsoft, the death knell is ringing for two PC operating systems, some of which run on thousands of computers. Effective immediately, there is no longer any support for Windows 7 and Windows 8.1.

In 2009, Windows 7 saw the light of day on PC screens and wanted to make people forget the unloved Windows Vista. The predecessor had the inglorious task of inheriting the much-used Windows XP, but the high system requirements and the new user account control caused frustration. With Windows 7, on the other hand, Microsoft achieved a hit that is still popular today. Responsible for this was Steven Sinofsky. Now Microsoft has announced the final end of support, so there are no more patches. However, there is a way that users with a valid product key can get a new Windows for free. It doesn’t matter whether it’s Windows 7 or Windows 8.1.

Windows 7 & Windows 8.1: Some of these features can be found in Windows 11

In Windows 7, for example, there are libraries in the file explorer, so that different storage locations can be combined into one location for e.g. B. all images are combined. Aero functions are new, such as Aero-Snap, with which two windows can be displayed automatically in split-screen by dragging the windows to the edge of the screen. The ribbon interface from Office 2007 developed by Sinofsky is also finding its way into the Microsoft operating system. In addition, several open windows of a program are grouped in a program icon on the taskbar. A feature that Windows 11 users get upset about because, unlike Windows 7, it cannot currently be deactivated. The new programming interface DirectX 11 is especially interesting for gamers, developers are happy about the new Windows PowerShell. Along with Windows 7, the successor Windows 8.1 is also retiring. 10 years ago Microsoft stamped the new version Windows 8.1 out of the ground as a major update for Windows 8, which was released in 2012. This was intended to correct some points of criticism. There is an on/off switch on the start page and you no longer have to use the Charms bar via a mouse gesture from the right edge of the screen to be able to shut down the PC. However, these measures did not help to gain more popularity.

Microsoft and the responsible manager Steven Sinfosky were inspired by the success of Apple’s iPad and absolutely wanted to bring an operating system onto the market that can be operated well with the fingers. After all, the classic Windows desktop, with its often small buttons, is difficult to use with your finger, so Microsoft came up with the idea of ​​introducing a second world called Modern UI. However, the full-screen start menu, aka the home page, alienated users. To make matters worse, while Microsoft introduced new mouse gestures, it left users in the dark as to exactly how the new gestures worked. The Windows Store should have modern apps that are easy to use with your finger. Although Microsoft paid developers to fill the app store for some time, the digital store was not popular with either developers or users. Eventually, Microsoft curtailed what modern apps could do. Aside from the controversial surface, Windows 8 and its update 8.1 had some technical innovations to offer. For the first time, USB 3.0 and SSDs are natively supported and Windows Defender becomes a virus scanner. There is also the new file system ReFS, as well as Secure Boot, which was optional at the time. With Windows 11, Secure Boot becomes a system requirement, although it can be used without the security feature. If you want to learn more about the history of Windows, you can get an overview here.

Also worth reading: Windows 8.1 before the end of support: How to get the new Windows for free

End of Support Collection for Windows 7 and Windows 8.1:

Dragon Ball Z Kakarot back on PS5: discover the list of trophies

There are still hidden secrets in Tunic, the game is available in Game Pass