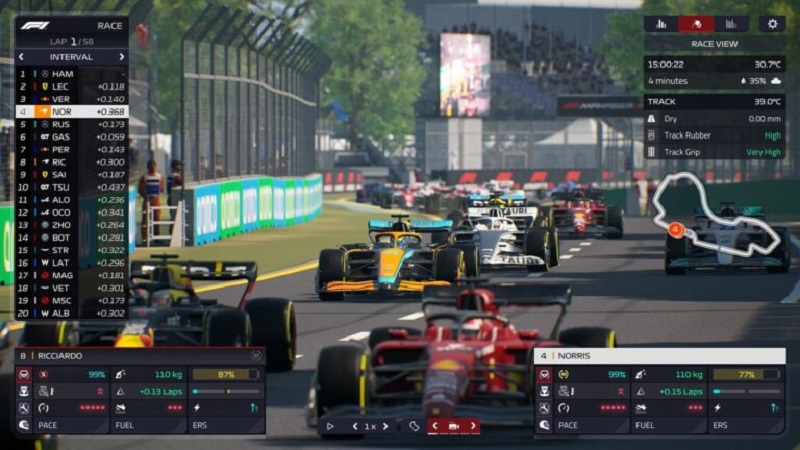 Frontier said it no longer expects to meet its previous sales and earnings guidance for the current fiscal year (FY23) due to the poor performance of its latest release, F1 Manager 2022, and lower-than-expected portfolio-wide holiday sales. .

Founded in 1994 by Elite co-creator David Braben, Frontier is best known for its series of spaceflight and flight simulators such as Planet Zoo, Jurassic World Evolution, and Planet Coaster.

F1 Manager 2022, “the first game in a major new annual franchise for Frontier,” was released in the summer of 2022 and sold over 600,000 copies, according to the company, below its expectations.

“Player engagement at the time of the game’s release in August 2022 and during the first post-launch period was high and generally in line with initial expectations,” the post reads.

Unfortunately, sales figures during the key holiday season prices were well below initial expectations, which may be partly due to increased price sensitivity by players due to deteriorating economic conditions.

As a result of the weak performance, Frontier has cut its revenue forecasts for the current fiscal year ending May 2023 and for fiscal year 24.

“However, sales figures during key price promotions in December 2022 were lower than expected, indicating increased price sensitivity among players.”

Despite these challenges, Frontier said it “feels it possible” to beat last year’s record revenue of £114m, but has revised its expectations towards at least £100m in revenue.

As CEO, I am shifting focus to focus on our core strengths and skills, with a focus on increasing the return on investment we get from our world-class teams. We intend to increase the number of our development teams to increase the frequency of new releases while continuing to grow our existing portfolio to achieve sustainable growth. We have built a strong portfolio of games and continue to learn and respond to challenges as we expand and grow our portfolio. I am grateful to our talented employees for their constant hard work.

Reviews of 65-watt AMD Ryzen 7000 processors have been released: cheaper does not mean worse

Aroged: According to the head of AMD, the PC market capacity will return to the level inherent in the period before the pandemic

Mario + Rabbids Sparks of Hope in the test: top strategy with weaknesses