Hideo Kojima had a sequel ready for Policenauts. The topics were “very current” 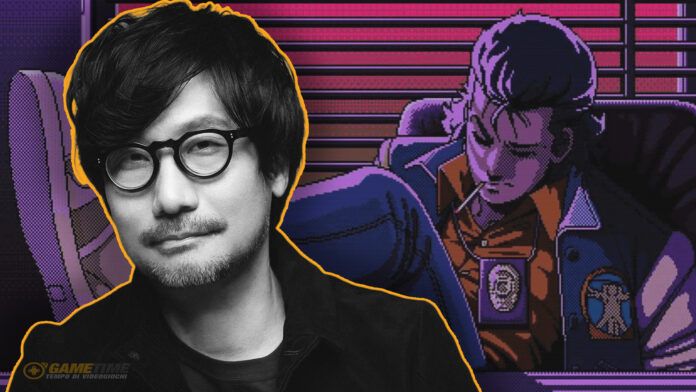 When Hideo Kojima is mentioned, the first title that comes to mind is undoubtedly Metal Gear (or even more specifically, Metal Gear Solid), eventually followed by Zone of the Enders or the more recent Death Stranding. However, the well-known videogame author became the protagonist of several other titles during his career at Konami. Among these we find Policenauts, a title for which Kojima already had a sequel ready.

Policenauts is a sci-fi graphic adventure released by Konami in 1994 and created by Hideo Kojima. The game, released on PC-8921 and then released over the next two years on 3DO and Sega Saturn. Set in Beyond, the game threw us in the shoes of an ex-agent named Jonathan, believed to have died during a space mission. However, Jonathan managed to survive thanks to his suit and, after 25 years of hibernation, he was rescued and recovered.

During this quarter century, the world has moved forward and with it also his former partner, Lorraine, now married to a man named Hojo. For some unknown reason, Hojo mysteriously disappears and girl turns to her ex for help. But something goes wrong and a mysterious killer on a motorcycle kills the woman. Jonathan’s journey, and in fact the story of the game, will start from this tragic event.

Hideo Kojima already had a sequel in mind. “I miss Policenauts, actually. I had done the planning, the setting, the story, the script, but it was the 90s. Then I was transferred to another department, and all production was postponed. However, what strikes the Japanese author is how many of the themes designed for that sequel turned out to be very current, and we are talking about a game from the 90s.

“The space race and the medical scene has changed dramatically,” says Kojima. “At that time, no one could even imagine that a private company would go into space (referring to the short term). Unfortunately we will never see the Policenauts 2 that Hideo Kojima had imagined, but it is a chapter on which the author still remembered with pleasure. In the meantime, we recall, he is working on Death Stranding 2 exclusively for PlayStation 5 come on an Xbox Series X and Series S exclusive, as well as PC. He also is working on the Death Stranding film, a film that aims to be cinema d’essai.

1/2
I miss the “POLICENAUTS” actuality. I completed the planning, setting, story, storyboard, and commands, but it was in 1990, so 32 years ago. After that, I had to transfer to the other department, and full-scale production was delayed. pic.twitter.com/S2MHEx3PfP

A PHOTO. Work has begun: Malinovsky held the first training session in Marseille

Rumor mill: New shooter at Sony and problems for Fable?

WoW: It’s not a bug – drop chance of many rare mounts increased drastically!