KOSTIUK: “During the match I don’t think about the statistics of defeats against top-10 players” 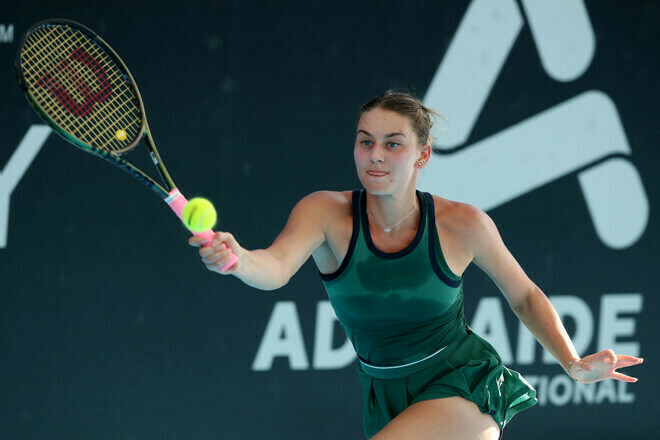 Ukrainian tennis player Marta Kostyuk spoke about her performance at the tournament in Adelaide, where she won four matches.

– I estimate the first week very positively. I played a lot of matches, and to be honest, I don’t even remember the last time I played five singles matches in one tournament. In any case, this adds confidence that you are moving in the right direction, doing the right things. Therefore, of course, more positive.

– The match against Ons Jaber was your tenth against top 10 tennis players, and so far you have not managed to win a single victory. You have already said several times that you really want to win this victory. Did these thoughts interfere during the game?

– I can’t even say what I think about it, rather these thoughts returned after the match. Especially when I went in and looked that my statistics were 0-10, then this, of course, did not please me (laughs). But, to be honest, during the fight you don’t think about such things. On the court it is important to play every ball, to stay in the game all the time, so I will say that if I thought about it during the game, there would not be such close results against the top 10.

Key developers of Forza Horizon 5 formed their own studio

The Day Before: here is a new gameplay trailer from CES 2023

One Piece Netflix: finally something concrete for the Live Action series?

A PHOTO. Beauty at the waterfall. Kontaveit showed how she is resting in Bali