The National Aeronautics and Space Administration’s (NASA) Goddard Space Flight Center has released a nearly hour-long video showing 133 days of the sun’s life. This video includes images from the Solar Dynamics Observatory (SDO), which was launched into space in 2010. 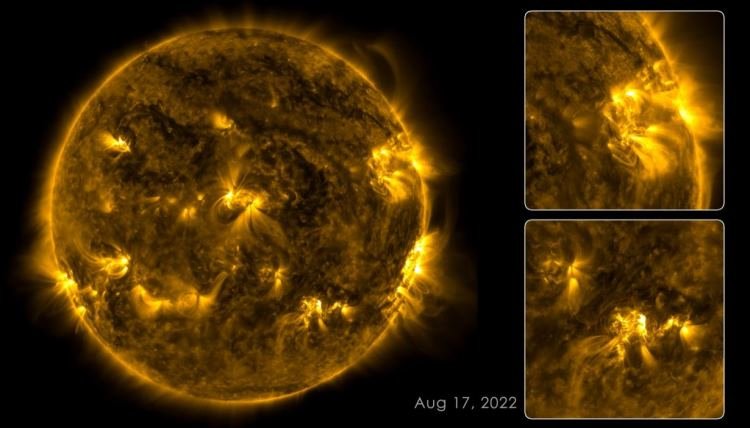 The video was based on images taken with the SDO camera in the extreme ultraviolet range with an interval of 108 seconds. The device is located in a geostationary orbit at a height of 22 thousand km from the Earth’s surface. The sun makes a full rotation around its axis in 27 days, thanks to which the observatory can record the constant changes that occur on the surface of the star.

Along with this, the apparatus explores the interior of the star, its magnetic field and hot plasma in the solar corona. Every day, SDO makes about 70 thousand images, and the total amount of data collected using the observatory is about 1.5 TB. The spacecraft has helped scientists create the largest ever set of data on the Sun.

The presented video clearly demonstrates the changes that continuously occur on the surface of the Sun. Thanks to SDO, we can see huge loops of plasma curving along the star’s magnetic field lines. Also on the video you can see solar flares, which are accompanied by the release of plasma. Curiously, the main SDO mission ended back in 2015, but NASA extended the life of the device until 2030, since the observatory can be very useful for further study of the Sun.

Project Q: Ubisoft game playtesting to begin soon, according to a rumor

Which tech giant laid off the most in 2022? This graph tells us everything!

It looks like Denuvo was accidentally cut out of Gotham Knights – the protection has already been returned, but the pirates were faster