Sons of the Forest: AI companions are designed to help with building, fighting, and more 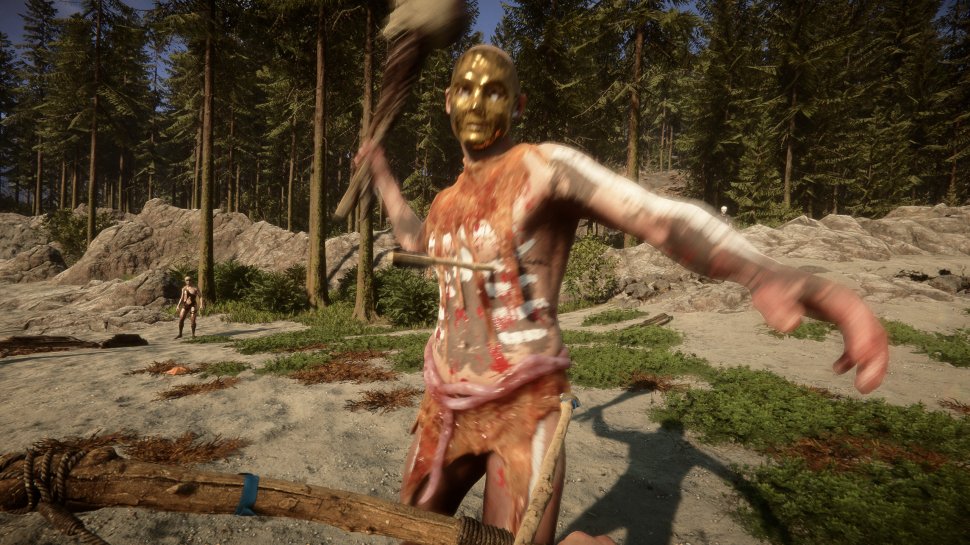 01/10/2023 at 10:15 am by Michael Miskulin – Sons of the Forest, the survival horror sequel to The Forest, is scheduled for release next month. Now there is a new gameplay video with details about AI companions.

Sons of the Forest, the survival horror sequel to 2018’s The Forest, may have had to be postponed again last year, but next month’s release seems on track this time. Meanwhile, a new preview video from IGN features new gameplay footage and details on AI companions to help players build, fight, and more.

The old gameplay elements from the first The Forest game are now joined by AI companions in Sons of the Forest. The player begins with the companion Calvin, who can be assigned basic tasks such as gathering wood or assisting in battle. When he is tired, he will rest automatically, or he will drink water when he is thirsty. But beware: if you treat him badly, his productivity will also drop. Even if you don’t want an AI companion by your side, you can kill Calvin, or recruit another companion like Virginia.

The AI ​​companion Virginia will be very shy at first and run away. Befriending her will help the player in battle – she’s said to come across as feline. The AI’s decision-making itself has been improved for both opponents and companions. Enemies should be able to change clothes or comfort each other. Some enemies even have the rank of leader and are said to be able to spread their own ideologies. This also allows the player to start wars between the mutants and tribes. Sons of the Forest will be released on February 23, 2023 for PC.

Ant-Man and The Wasp: Quantumania, the final trailer also shows Kang and MODOK

New location, maniac and fixes in the latest Propnight patch