The “Star Wars Jedi: Survivor”, which will be released in March, has now been classified by the American ESRB. It was revealed that the words “bastard” and “ass” will appear in the action game. 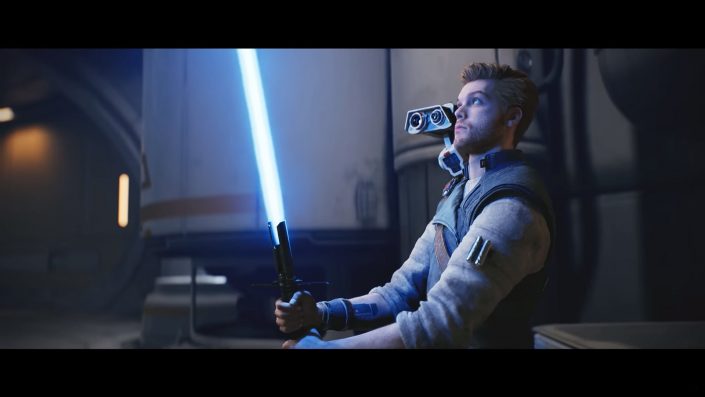 Now fans of Cal Kestis won’t have to wait long to find out what’s next for his character in Star Wars Jedi: Survivor in a galaxy far, far away. Before the release in March, the American ESRB has now classified the title and revealed some swear words that appear in the action game.

Star Wars Jedi: Survivor will be released on March 17, 2023 for the PlayStation 5, Xbox Series X|S and PC platforms. In addition to the standard version of the game, deluxe editions are also available.

Like the predecessor „Star Wars Jedi: Fallen Order“, “Star Wars Jedi: Survivor” also gets a “T” rating for “Teen” from the ESRB. As revealed by actor Cameron Monaghan, who plays the protagonist Cal Kestis in the games, the plot in Survival is still meant to be “deeper, darker and more complicated” being. As indicated by the ESRB, this is believed to include some swear words.

“This is an action-adventure game in which the player assumes the role of an outlaw Jedi on the run from the Galactic Empire,” the agency summarized. “From a third-person perspective, players will explore alien planets while using their Jedi powers to traverse the environment and engage in melee combat. Players use lightsabers to slash and dismember alien creatures, droids, and humanoid enemies. Combat is fast-paced and features screams of pain, impact sounds, and large explosions. Some sequences show characters being impaled through the chest. The words ass and bastard are heard in-game.”

Most recently, game director Stig Asmussen spoke about a new character who will help Cal Kestis on his adventure. Bode Akuna said to be a mercenary who has a special connection with the Jedi. In addition, Bode Cal aids in both combat and locomotion.

"Not being quoted sucks!" : These forgotten developers in the credits of their own video game

Aroged: The authors of STALKER 2 denied rumors about the massive introduction of minorities into the game at the request of Microsoft

Nintendo Switch: nostalgic for the GameCube? This controller is for you!

COD Modern Warfare 2: Prepare your SSDs, because it will take a lot of space

World of WarCraft & Co.: Negotiations have probably failed: the end of China is imminent