The Last of Us (HBO): Series changes important element of the story

Finally, next week, the HBO series The Last of Us will premiere. In the run-up, those involved had already indicated that they would orientate themselves as closely as possible to the template. However, Craig Mazin and Neil Druckmann announced a story detail in an interview that should not appeal to every die-hard fan. 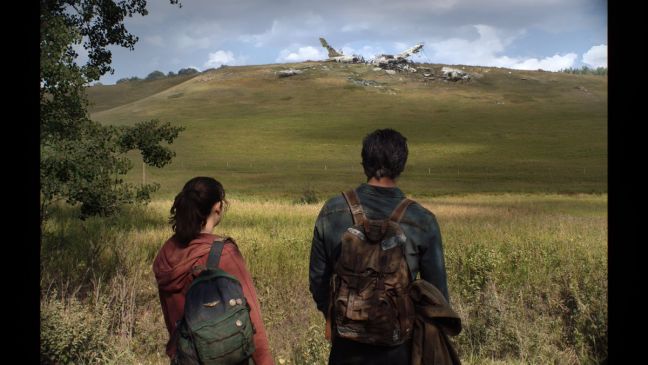 With the two parts of The Last of Us, Naughty Dog redefined how stories are told in video games for many players. A TV series adaptation was therefore obvious and, as is well known, HBO has been working on the implementation for some time, which will finally premiere on January 16, 2023.

The signs are good that the show is very close to the template. With Pedro Pascal, Bella Ramsey and Anna Torv, the cast also has some top-class talent up its sleeve. Neil Druckmann from Naughty Dog himself is involved as a writer and the showrunner Craig Mazin proved at the latest with Chernobyl that he knows his craft. However, in an interview, Druckmann and Mazin announced a story detail that could annoy fans.

In case you didn’t know, the mindless carnivores in The Last of Us are less zombies and more infected. The Cordyceps fungus attacks them and spreads via spores. That’s why you often wear a gas mask in the games. In the HBO series, on the other hand, there are twining roots that even form a “connected network”.

The reason for the decision is ultimately simpler than one might think: As Druckmann explains, the actors don’t want to be constantly running around in gas masks. “Ultimately, those conversations brought us to the vines. We continued to think about how a connection could be made from one infected to the next and figured that like mushrooms, it could be an interwoven network.”

In general, Druckmann and Mazin make a point of not just making another zombie show. To this end, they also want to take up the story before the events of the Games and show how the Cordyceps was able to break out in the first place. One is also aware that the Covid 19 pandemic means that viewers now have a better understanding of infectious diseases.

Mazin: “A major reason the show starts the way it does, with the scene in the ’60s, is that we wanted to say, ‘Look, there’s a viral pandemic and it’s pretty dangerous, but it’s out there lurking something much worse. This may sound strange to you, but let me explain why.’ And then all of a sudden you’re like, ‘Oh, that’s not good.'”

Hopefully that last sentence doesn’t apply to the HBO series The Last of Us. From next week we will be smarter. However, the makers are very optimistic, Druckmann only recently spoke about the possibility of a second season.

The Last of Us (HBO) – Official Trailer (dt. Untertitel)

The official trailer for the HBO series “The Last of Us” is now also available with German subtitles.

Steam: New sale is live - these are the mid-week game deals

Sons of the Forest: AI companions are designed to help with building, fighting, and more

Ant-Man and The Wasp: Quantumania, the final trailer also shows Kang and MODOK

Keystone: Xbox streaming box fails for the time being because of the price