If you continue to play Hearthstone Battlegrounds diligently, you have reason to be happy: In the coming week, Blizzard Entertainment will give the starting signal for the new Season 3 in the game. You can get an overview of these in advance here! 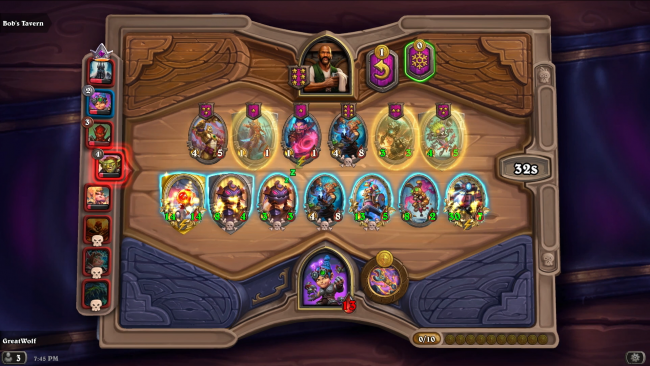 Starting January 17, 2023 next week, the new Battlegrounds Season 3 will begin; then Professor Plague takes over and replaces battlefield quests with all his creations.

The focus is primarily on 32 new servants, including 16 new undead servants and 11 new servants with two types. While the Undead are built around death effects like Resurgence or Deathrattle, the two-type minions gain synergy with two different minion types at the same time.

The v25.2 patch also features a variety of new cosmetic items themed to the sparkling city of Silvermoon City. Incidentally, the most important features of the new season are officially stated as follows:

The undead have arrived at Bob’s Inn! The new undead minion type works particularly well with recurrence and deathrattle effects. Also, several minions gain the Undead tag in addition to another type, so there are now two-type minions. This results in more tactical options for deck building.

The Battle for Silvermoon

The battle rages on in Silvermoon City, where the blood elves defend their homeland from the Lich King’s scourge. The Season Pass for Season 3 visually accompanies the scenery with new game boards and emotes. In addition, the heroes can now be equipped with cosmetic items for Silvermoon or the Scourge. Heroes of Silvermoon City counter the Lich King’s necrotic powers with their power over fire, while conversely, the undead of the Scourge heroes are cloaked in icy armor.

Professor Putricide toils in his lab day and night stitching together new minions. In Season 3, players will experience the thrill of necromancy with his Hero Power! For four gold, a customized undead minion can be created, with the powers you want and when you need them most. These custom minions cannot become triplets.

Next week, Blizzard Entertainment will herald Season 3 of Hearthstone Battlegrounds.

PS5: Will a design flaw destroy the console? First publication rows back - update

The Intel Core i9-13900K has broken the 9GHz barrier. This is a new world record!