In 2022, almost 9.8 million electric vehicles were sold worldwide – this year there will be 14 million 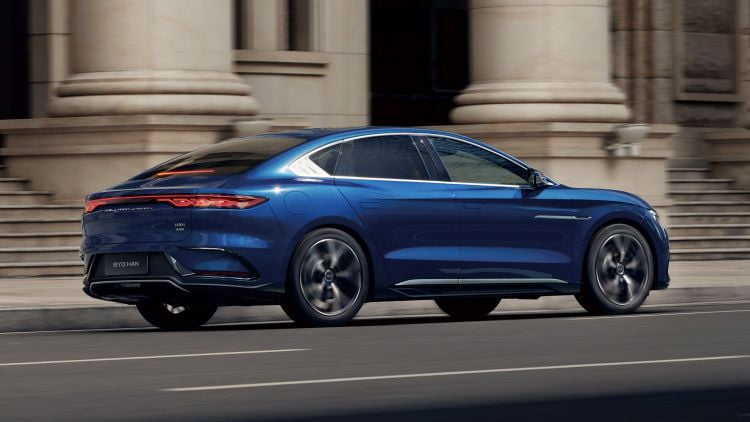 Of this amount, according to the authors of the forecast, more than 60% or 9 million vehicles with traction motors will be sold in China. Last year, 9.78 million electric vehicles were sold worldwide, so the Chinese market alone could approach last year’s global sales volumes this year. If China accounts for more than 60% of the global electric vehicle market, then Europe is in second place with 24% of the market, and the United States is content with only 9% and third place.

Analysts explain China’s success in the field of electrification of passenger transport with a targeted policy of the country’s top leadership, subsidizing local manufacturers and developing a network of charging stations, the density of which has reached the highest value among all other countries. The manufacturing ecosystem is also well developed; more than 50% of all materials and components necessary for the production of electric vehicles, traction batteries and charging stations are produced in China.

Traction battery maker CATL and electric vehicle maker BYD were ranked among the top 10 suppliers in Asia by DigiTimes Research. The former is the world leader in traction batteries, while BYD is already number one in the Chinese electric vehicle market. China controls 80% of the market for the processing of materials for the production of traction batteries. The cost of the latter can reach 30–35% of the price of an electric car, so the high concentration of specialized industries in China makes local cars very competitive outside the country.

CATL intends to increase the combined capacity of its traction battery facilities to 672 GWh in terms of capacity over the next five years. Korea’s LG Energy Solution plans to reach 430 GWh per year, while Japan’s Panasonic is up to 164 GWh. Analysts at DigiTimes Research suggest that Taiwanese component manufacturers will specialize in the production of components for commercial electric vehicles or racing electric vehicles. This will partly allow them to avoid competition with global giants.

The European industry is largely dependent on Chinese suppliers, so the new geopolitical realities threaten the implementation of many projects to develop the production of electric vehicles in Europe. For South Korean battery suppliers, tensions between China and the United States offer opportunities for local production in the latter country. In the future, they will be able to occupy up to 60% of the capacity for the production of traction batteries in the United States.

Activision Blizzard refuses to recognize the Proletariat syndicate, one of its teams

Will 2023 be the year of the announcement of PS5 Slim, Nintendo Switch 2 and Xbox Keystone?

Overwatch 2, the news for 2023 from game director Aaron Keller