Paimon’s Star Expedition in Genshin Impact: How to Guess the Characters 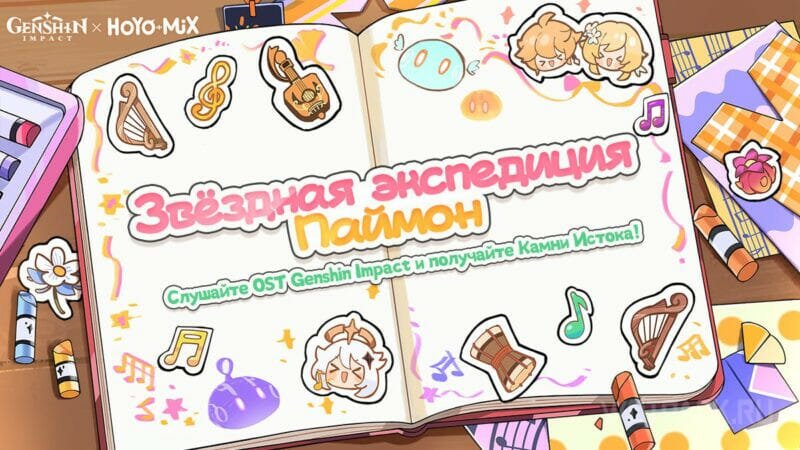 Paimon’s Star Expedition in Genshin Impact is a browser-based event that invites you to guess the hidden characters. The event is strongly focused on the musical experience: the main hook is the music, which will be the key to understanding the personality of the hero. In addition to listening to tracks, studying character pages will also help in the investigation.

In the guide, we will tell you how to take part in the Paimon Star Expedition, guess all the heroes, get the maximum points and open all the stickers in the star record.

Keep in mind that you can pass the tests and get a prize only while the event is still running. Don’t forget to complete it on time and collect your reward.

In addition, the number of promotional codes is limited: no more than 3 million. Each player can receive and activate only 1 prize.

How to Start Star Expedition Paimon

To guess the melodies of all the characters, follow the link: 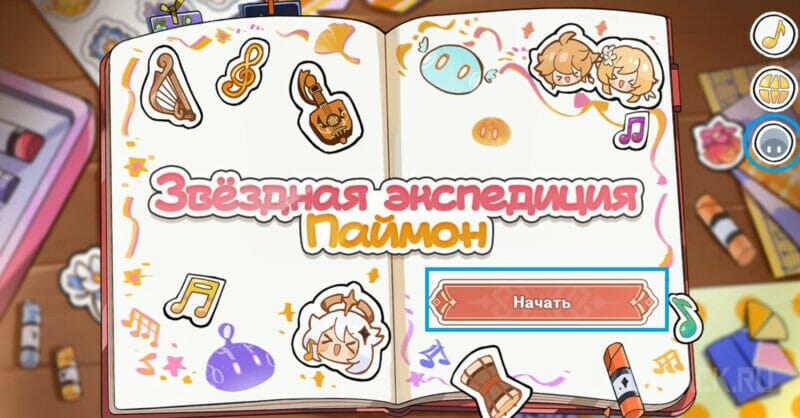 If you are not logged into your HoyoLab account, there will be a gray emoticon on your profile icon. Then first go into it, without this it is impossible to pass the event. In the same way, if you click on the avatar, you can check if the character and server is selected.

Paimon Star Expedition Walkthrough: How to Guess All Characters 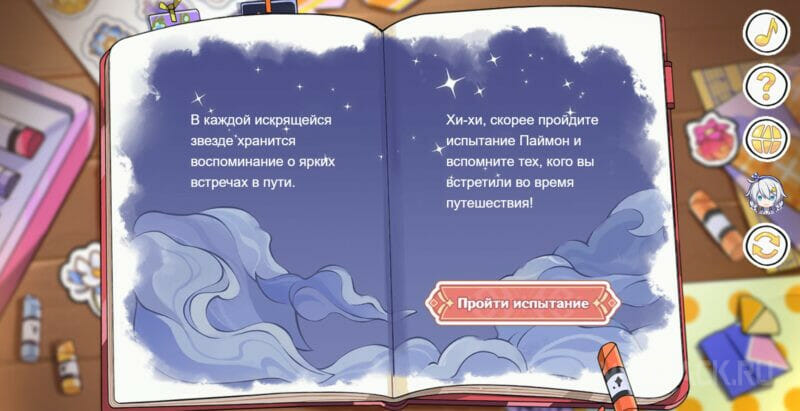 After the start of the event, a book will open that will offer you to pass the test: remember all your friends in Teyvat. In total, you need to guess 17 heroes, using the music from their trailers and the visual decoration of the book as clues. 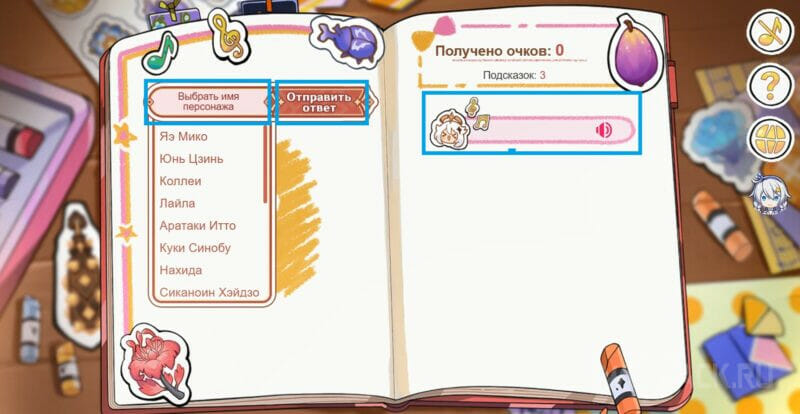 On the left page of each character, there are three key functions: listening to music, choosing a character (opens as a list, no need to enter a name), and sending a response. On the right page, you can find out the number of available hints and total points. 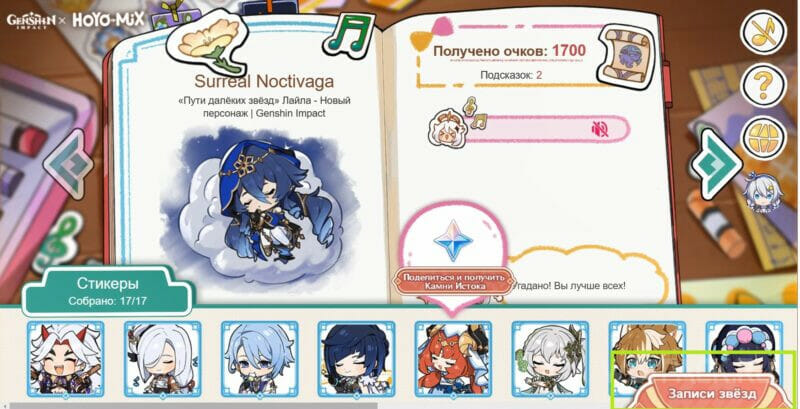 You can see the number of guessed heroes in the Star Records. Undisclosed will hide under a black shadow. To collect a complete collection of stickers, open all. 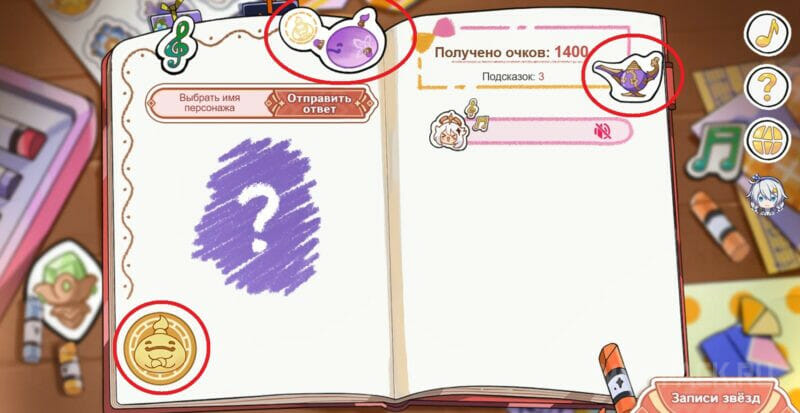 In addition to the music itself, which instantly gives the right answer, use the observation of the design of the pages of a particular character: the color with which the hero is hidden will indicate his element. Stickers will reveal the character even more, they can hide symbols of the region, exaltation items and details of the character or design.

The first hidden character is Itto. This is mainly hinted at onikabuto, which is the subject of this hero’s rise. Violet melon and bloodflowers will also be a hint. Orange color – the designation of the Geo element.

Shen He will open lotus cups, mulberry flowers and the image of a snowflake. All this immediately points to a certain Cryo girl from Li Yue, who lives in solitude with nature.

Ayato has some of the most unexpressed stickers: the main clue in the investigation will be images of food from Inazuma, to which the head of the Kamisato house has a special relationship. The blue color hiding the hero’s Hydro will also help.

Page 4 of the character is very clear: the mulberry symbolizes Li Yue’s region, and the seashells are the subject of this character’s exaltation. The drawn cube finally removes the blue shadow from the character, revealing Ye Lan.

The main clue when revealing the 5th hero will be the padisara flowers, which are necessary for leveling the Nile. Stickers with Travelers will indicate friendship with Nilu.

Nahidu as the sixth hero will be revealed by symbols on the right and left pages, referring to her visual design and story element.

The main piece of evidence in the investigation of the personality of the 7th character will be a decoration in the form of a dog, but the Inazuma food will also act as additional confirmation. Goro is hiding on this page.

The delicate details of Li Yue, the burgundy decoration and the color of the Geo Element will reveal Yun Jin, who is the 8th character.

The ninth hero is one of the most obvious: cherry blossoms, dango, and a pink fox point directly to Yae Miko.

Kuki is hinted at by cherry blossoms indicating the region, and naku grass, with which the heroine rises.

The identity of the eleventh hero is hinted at by the green color and decoration on the right page. Tignari uses the same item in his idle animation, throwing it in his hands.

Kollei will be revealed by her assistant Kuilein-Anbar, pictured at the top of the page.

Under the thirteenth character, Kandakia is hiding. Palm trees will point to her as a symbol of the desert in which she lives, as well as cacti: her objects of exaltation, red fruits, grow on them.

The Inazuma Detective easily reveals himself with cherry blossoms and bloodflowers, which are symbols of the Electro region, as well as an emerald color similar to the Anemo element. Also, the top sticker looks like one of his design elements.

Dory is unmistakable in the fifteenth character through stickers associated with a genie, a lamp and a coin.

The seventeenth character has the symbols of a scarab, a wolf, and flowers, denoting belonging to Sumeru. There is no doubt that this is Saino.

Layla is hiding under the last hero. In addition to the astrological chart and the color of the Cryo element, she is pointed to by a dream catcher, which she uses in her idle animation.

How to collect all points

The number of points that are given out for guessing the character depends on whether the clues were spent. For 1 “purely” revealed hero, get 100 points. The maximum score that can be collected for a complete collection is 1700. 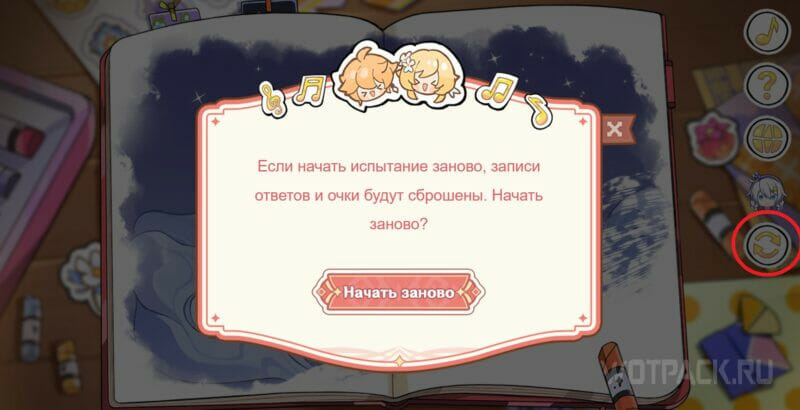 The event can be replayed by resetting the progress. To do this, in the browser event menu, click on the lowest button with arrows. This will come in handy if you want to get the maximum number of points and share your success with other players.

How to claim your reward

After successfully revealing 5 heroes, you can receive a reward in the form of primogems.

To do this, select the character through the image with which you want to talk about your result, click on “Share” and choose a convenient way: via social networks or via a link. 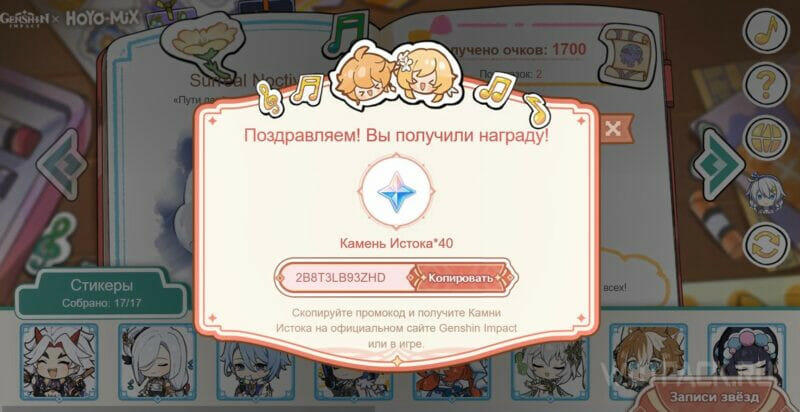 After that, a code will be displayed that can be copied and exchanged for 40 primogems. Activate it in the game, through Settings -> Account -> Promo codeor enter on the official website. 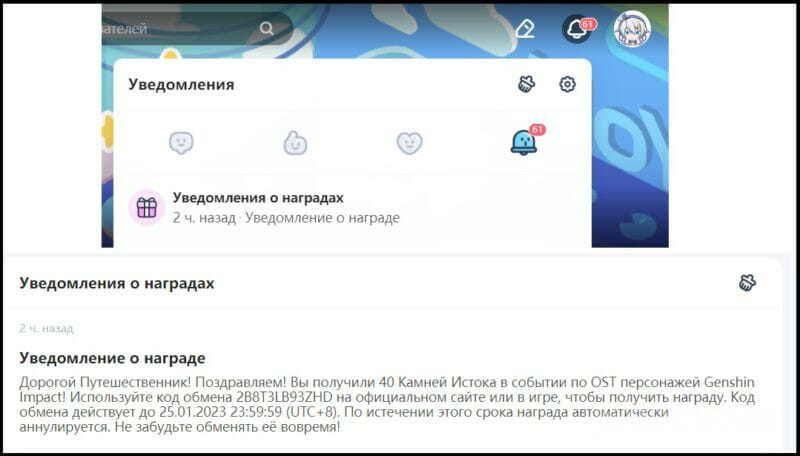 In case you closed the event and forgot to copy the promo code, go to HoYoLaB in the notification section and click on the prize message. The text contains the code number. Please note that the promotional code is individual for each player.

For completing the tasks of the event, you will receive:

If you still have questions about how to complete the Paimon Star Expedition browser event in Genshin Impact, reveal the heroes and collect all the stickers, then ask them in comments. Share your impressions of the event and follow the Genshin Impact news on our website so as not to miss interesting news.

Fulham - Chelsea. Forecast and announcement for the match

Win NFL tickets: Cyberport is giving away tickets to the Super Bowl

Firefighting Simulator: The Squad: Gather the team and let's go

Project LLL: War against robots and aliens in the frenetic MMO shooter in Unreal Engine 5

Aroged: Google co-founder returns to code for the first time in years amid growing competition from OpenAI’s ChatGPT AI bot