Last spring, Ubisoft officially announced the development of the multiplayer title “Project Q”. According to current reports, the project will soon be tested in external playtests.

Shortly after the first rumors about “Project Q” emerged last spring, Ubisoft officially announced the title in April 2022 for the consoles and the PC.

After things got pretty quiet about “Project Q” in the past few months, the responsible developers at Ubisoft Bordeaux seem to be preparing external play tests. This is reported by the usually well-informed industry insider Tom Henderson, who, citing unspecified sources, reports that a total of three external playtests are planned in the coming months.

The first is scheduled to take place at the end of this month. According to the insider, further external play tests are scheduled for April and June of this year.

It remains to be seen to what extent the upcoming play tests could indicate that further details or even the first game scenes for “Project Q” will follow soon. When the official unveiling of the multiplayer title can be expected, Ubisoft leaves it open. So we only know so far that “Project Q” is a multiplayer project that will be provided with varied PvP modes.

According to unconfirmed reports, the mode called “Showdown” is offered, in which four teams, each with two players, compete against each other. The second mode, called Battle Zone, is the game’s battle arena mode, in which you appear to be tasked with reaching 100 points as quickly as possible. 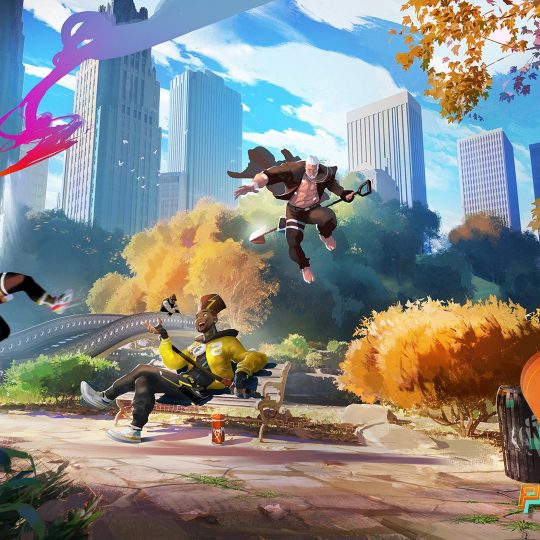 A release date and the platforms supplied have not yet been officially announced, but according to the options on the official website, the PC, PlayStation 4, PlayStation 5, Xbox One and Xbox Series X/S are apparently supplied.

By the way, this is not a Battle Royale. The game will feature a variety of PvP modes with one single goal in mind: FUN!

AK Informatica offers: the best hardware at a discounted price. Come and visit us at Lucca Comics 2022!