Despite the fact that strategies are not considered to be super popular, games of this genre continue to be released to this day, enjoying great success – mainly among the PC audience. Moreover, projects appear completely different, starting with casual games and ending with global 4X strategies.

In this top, we have collected for you the top 10 strategy series. It is worth noting that the division into places here is very arbitrary, since we did not rank from worst to best, but tried to add games that are as different from each other as possible. Of course, we could not fit all the worthy projects in the TOP-10, so feel free to add to this article in the comments.

The original Crusader Kings came out in 2004 and the sequel came out in 2010. The second part was criticized by many for the abundance of DLC – there were so many of them that the developers even introduced an optional monthly subscription that provides access to everything. Despite this dubious decision, the game itself was quite successful.

2022 saw the release of Crusader Kings III, which was superior in almost every way (although longtime fans might argue with that). The developers took the well-known formula, simplified some mechanics and improved the visual. There is also a full version for consoles. Beginners are advised to immediately jump into the third part, skipping the previous two.

In Crusader Kings III, you will take control of a dynasty of medieval aristocrats in order to lead it to glory in a medieval story that unfolds over generations. After the death of the ruler, he is replaced by an heir, whose talents and interests may differ. The third installment leans more heavily on RPG elements and dynastic shenanigans, with political and religious beliefs even more in your control. However, the usual problems of conquest, diplomacy and reconciliation have not gone away. 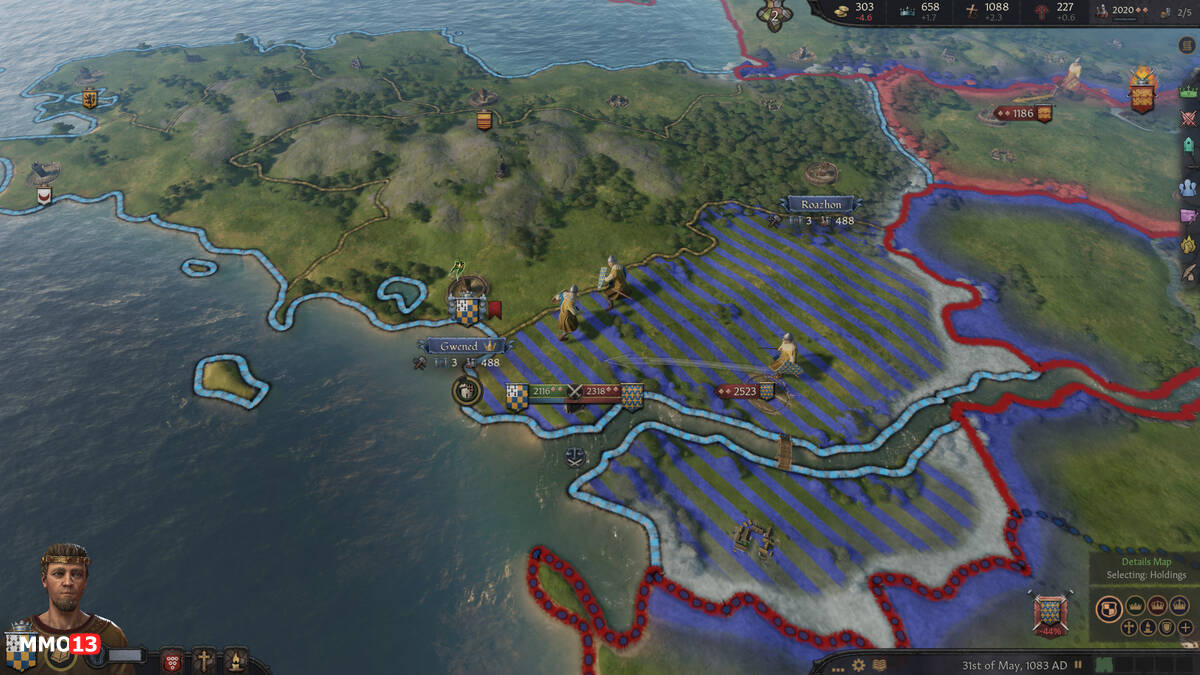 A game in the style of “tower defense” called Plants vs Zombies, which made a splash in its time, made its way into our TOP. Everyone played this funny arcade: children, adults and the elderly. And even now the game remains very relevant, despite the lack of support for widescreen monitor resolution. The rules here are simple and clear, but the gameplay is incredibly addictive. Although it would seem that all you need is to arrange plants and protect the house from zombies.

Plants vs Zombies 2 turned out to be a mobile exclusive and was distributed on a free-to-play basis. Because of this, the game had just a huge number of microtransactions that directly affect the gameplay. Although if you try to close your eyes to this, then the second part was also very interesting and with more content. Despite this, it is the first part that many rightly consider the best.

In development for a long time is the third part, which will also be mobile. It’s even a little pity that the main series left the PC platform and switched to Free-to-Play rails. 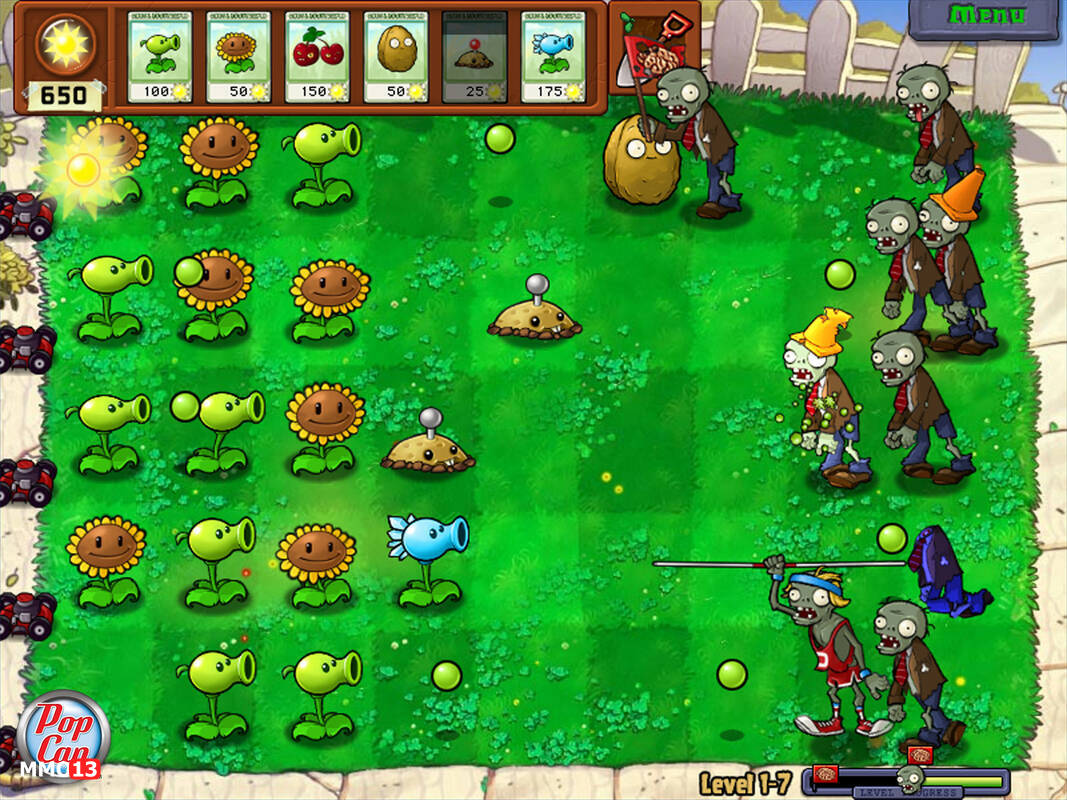 There are games whose successful mechanics have been copied by everyone and everything for many years. It is to them that the XCOM series belongs. Debuting in 1994 and then relaunching in 2012, the franchise essentially set the course for the turn-based tactical strategy genre. Until now, when a new game is released, you can hear the phrase “XCOM clone”, and memes with point-blank misses seem to never lose their relevance.

For beginners, we advise you to start with the restart of XCOM: Enemy Unknown along with the Enemy Within add-on. The game also has an equally high-quality sequel XCOM 2 and a good spin-off XCOM: Chimera Squad. By the way, a shooter called The Bureau: XCOM Declassified was even released in the universe of this franchise, which received rather mixed reviews. 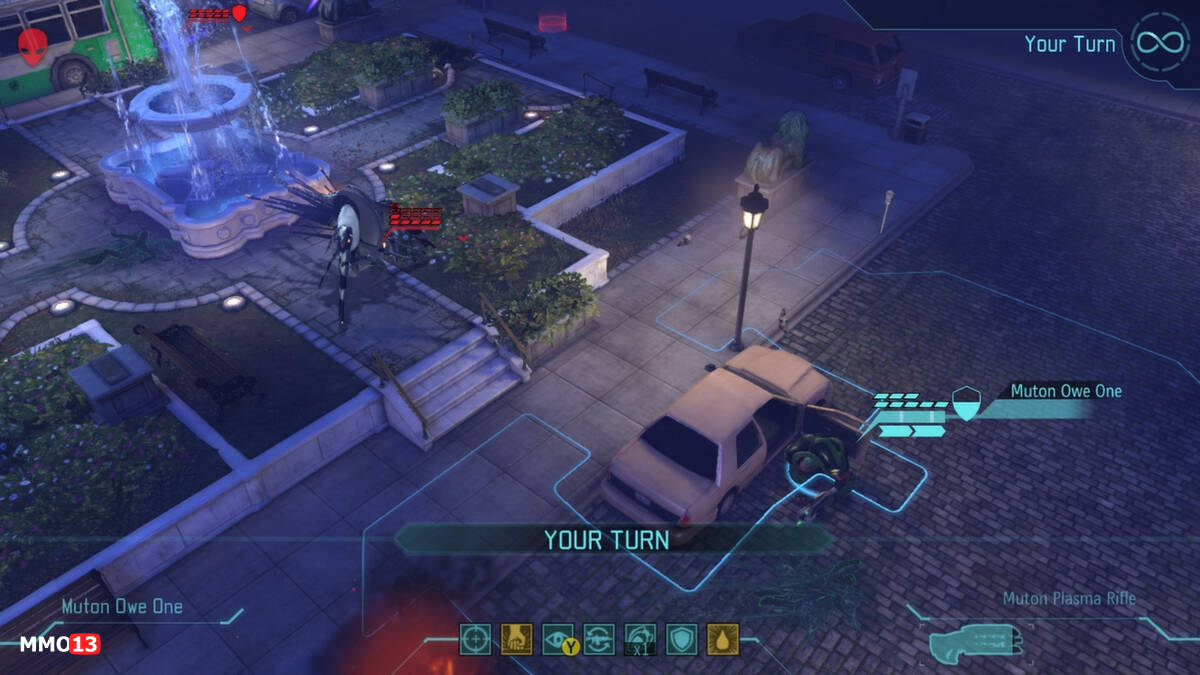 The Age of Empires series includes four licensed parts released since 1997. However, despite its considerable age, each of the games can be called relevant, thanks to high-quality remasters.

Age of Empires IV was released in 2021 on PC, and is expected to be released on Xbox One and Xbox Series X|S in 2023. The main disadvantage of the novelty, many called a small amount of content at the start. Fortunately, since then there have been several major updates that have corrected this shortcoming. In general, the game left a positive impression on both fans and newcomers.

The actions of Age of Empires IV take place in the same time period as in the second part, that is, in the Middle Ages. Traditionally, the game offers a single player mode with several campaigns and full multiplayer. During the match, players need to extract resources, build buildings and train troops. A tech tree is also available, giving various military and economic upgrades, divided into four eras. 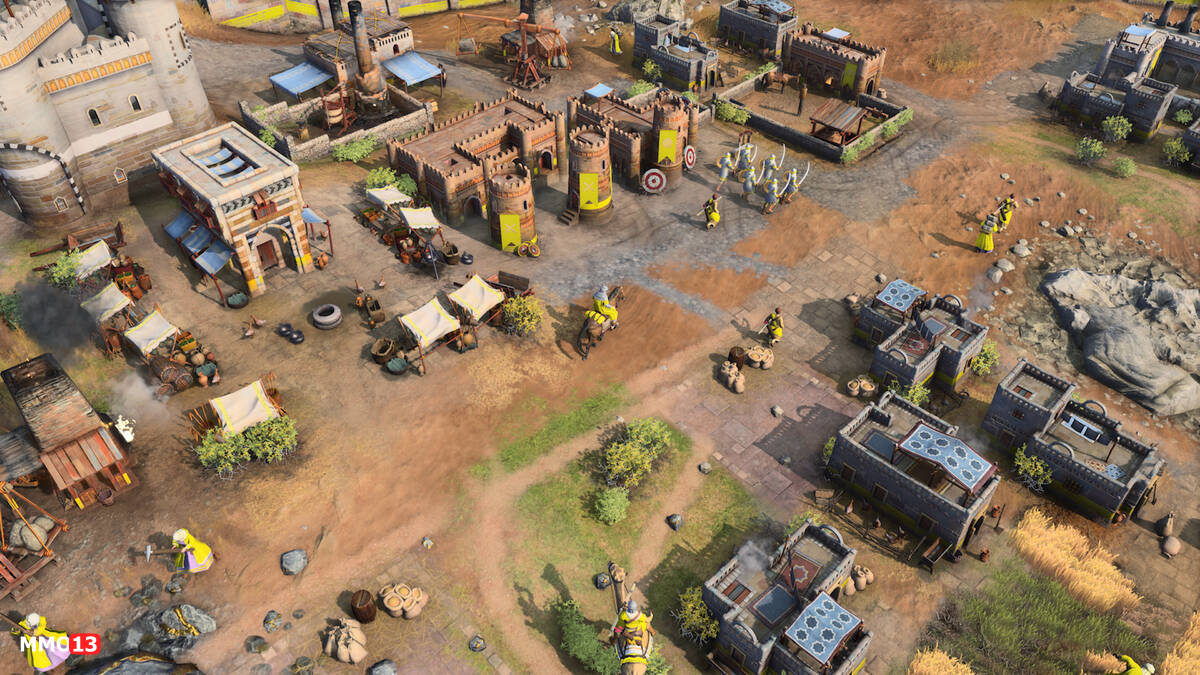 Each of the three games in the Warhammer 40,000: Dawn of War series offered different gameplay. The first part was more like classic building strategy games, the second almost turned into an RPG with an isometric camera, and the third tried to make a kind of hybrid, taking the best of its predecessors.

Warhammer 40,000: Dawn of War III received a lot of negative feedback from longtime fans. We once wrote a fairly positive review, although we noted some shortcomings. If you have never played this series, then it is worth starting your acquaintance with the first part – it looks good by modern standards. Each subsequent game will give you a completely new experience. As for the multiplayer, it cannot be called alive now, so you will most likely have to look for players on thematic resources, or play with bots.

Total War is a popular strategy series, which in turn is divided into many sub-series or separate projects in different eras. There are games about Japan, Rome, Medieval Europe, China and so on. A trilogy was also released in the Warhammer Fantasy universe. There was also an attempt to launch a game in the MOBA genre, but it closed rather quickly.

A feature of this series is the combination of two styles of gameplay in one game. You can use the global map to manage and develop your own territory, and battles take place in a separate location in real time, just like in the usual RTS. It is largely due to this unusual combination that many people fell in love with this series.

You can join Total War from any game – it all depends on which era you like best. The last part is Total War: WARHAMMER III, which is supported by updates to this day. 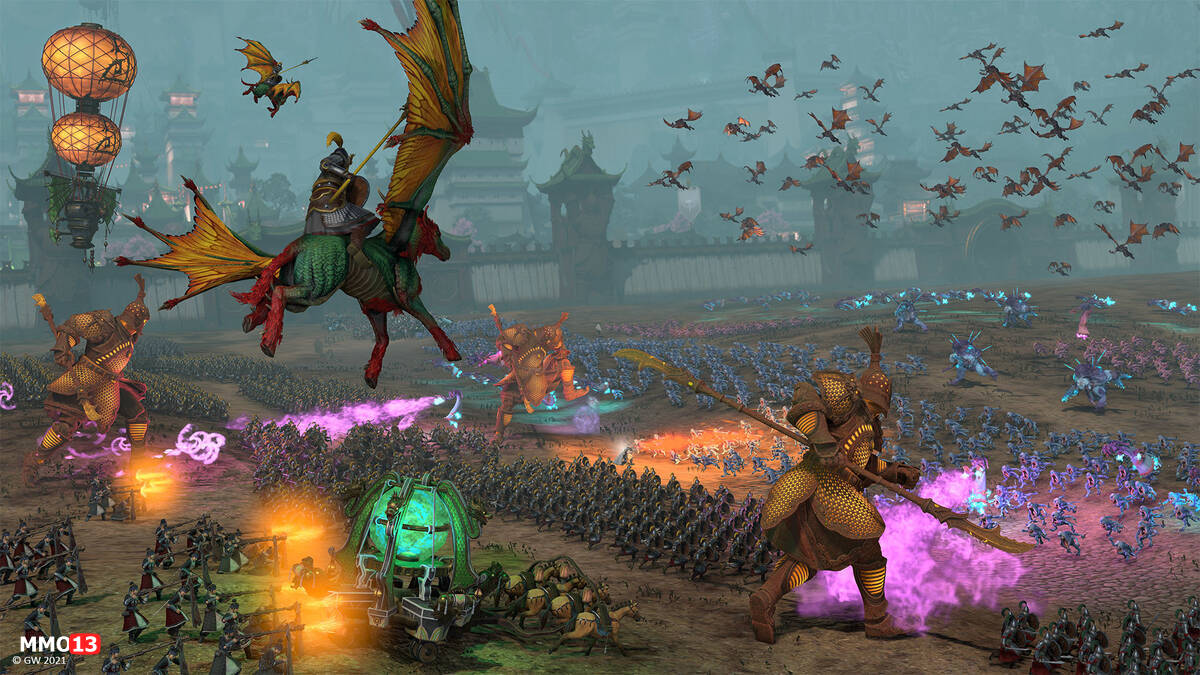 Halo is primarily a series of first-person sci-fi shooters. The first parts were released by Bungie, now known for the MMO shooter Desiny 2, and then the franchise was taken over by 343 Industries. In 2009, something unusual happened – the Halo Wars strategy was released exclusively on the Xbox 360. Now this is no surprise, but in those days, RTS on consoles was extremely rare.

Later, the game was ported to the PC, and the sequel called Halo Wars 2 was originally created cross-platform. The second part turned out to be better than the original in every way: the gameplay was made more diverse, the graphics were improved, and the multiplayer was finalized.

The original Halo Wars is now worth playing just for the single-player campaign if you’re a fan of the universe, because the days of the game are long gone. But in the second one, you can try your hand at online battles – the multiplayer still has a small active fan base. The game is perfect for those who want not the most hardcore real-time strategy, but at the same time with addictive gameplay. Although, of course, I would already like a third part. 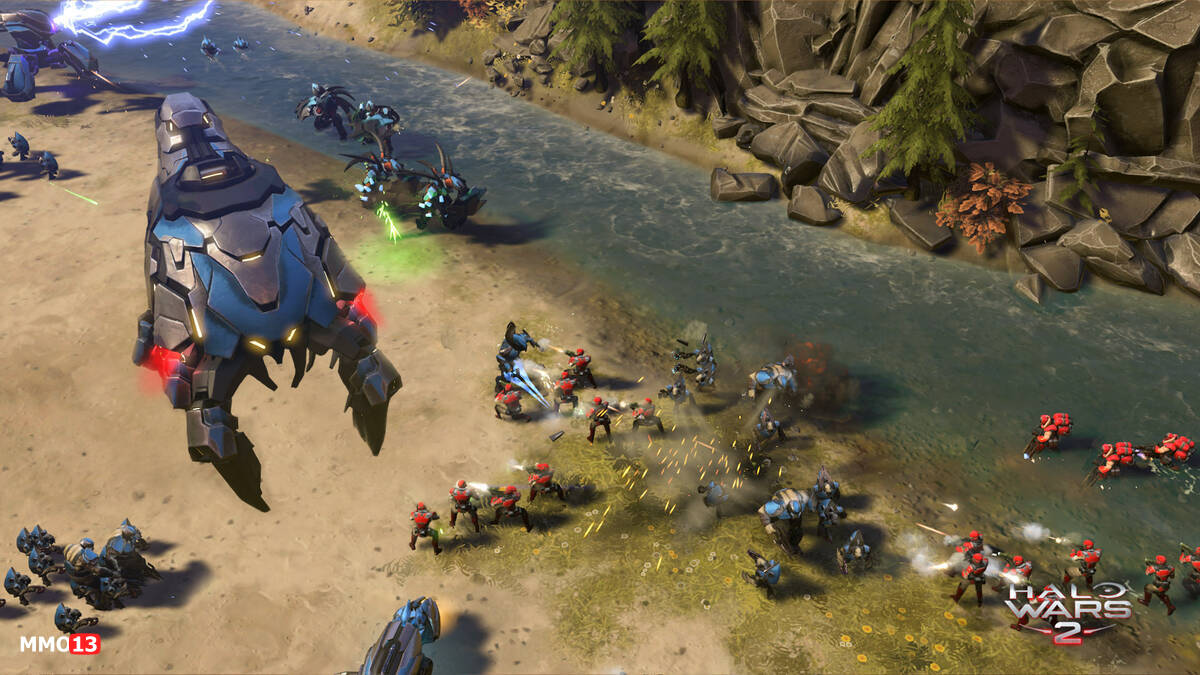 The famous game designer Sid Meier has had a hand in many games over the past 30 years, but perhaps his most famous series was Sid Meier’s Civilization. To date, six parts of the main series and several spin-offs have been released.

Civilization games are 4X strategy games in which the player controls a civilization throughout historical time, from the ancient world to the present. Before the start of each match, the location of the countries is randomly generated, so don’t be surprised if you find Russia at the equator.

The release of Sid Meier’s Civilization VI, the latest part at the moment, took place back in 2016, but the game still continues to receive paid add-ons. The latest Leader Pass included in the anthology will most likely be the last. Although, who knows? 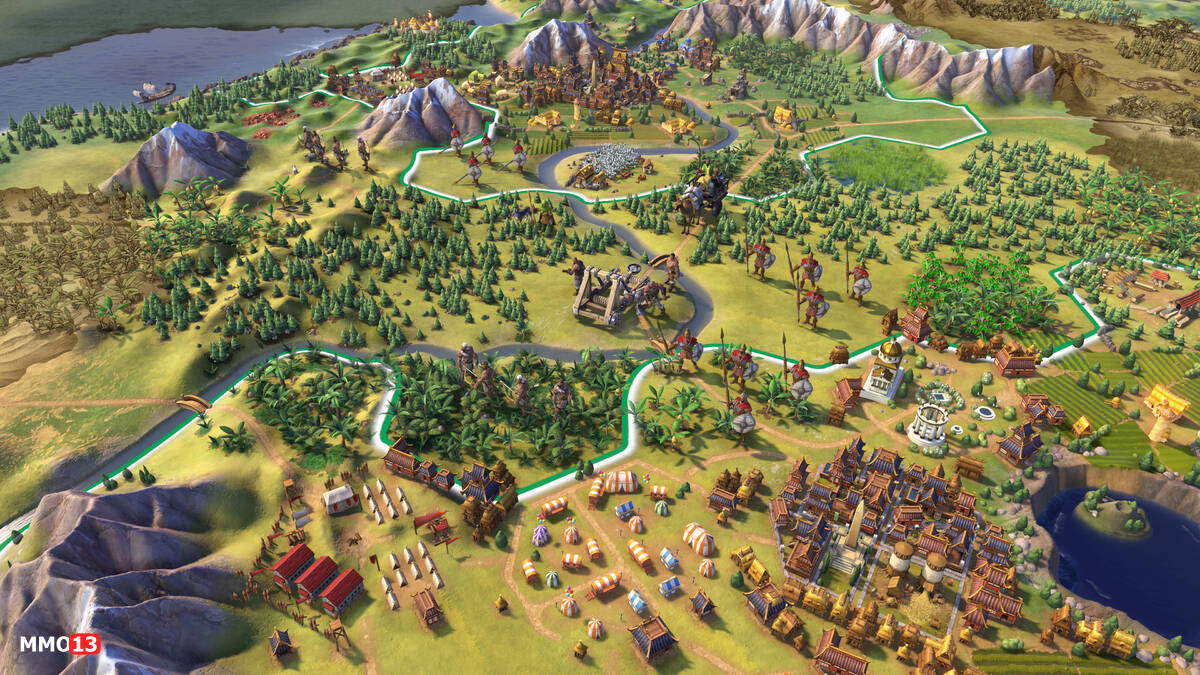 The Heroes of Might & Magic series has seven major installments, excluding spin-offs, but it was Heroes of Might & Magic III that fans loved the most. The game was released back in 1999, and so far Ubisoft has not been able to do something more successful in this franchise. Also, many people remember the fifth game, which was developed by the domestic company Nival. But the next two, unfortunately, completely failed.

Heroes of Might & Magic is a mixture of turn-based strategy and RPG. For each turn, players are given a certain number of steps that must be used to move, attack opponents and collect resources. You can also develop your own castle and raise an army. Each part has story campaigns, but most still prefer multiplayer or battles with bots. 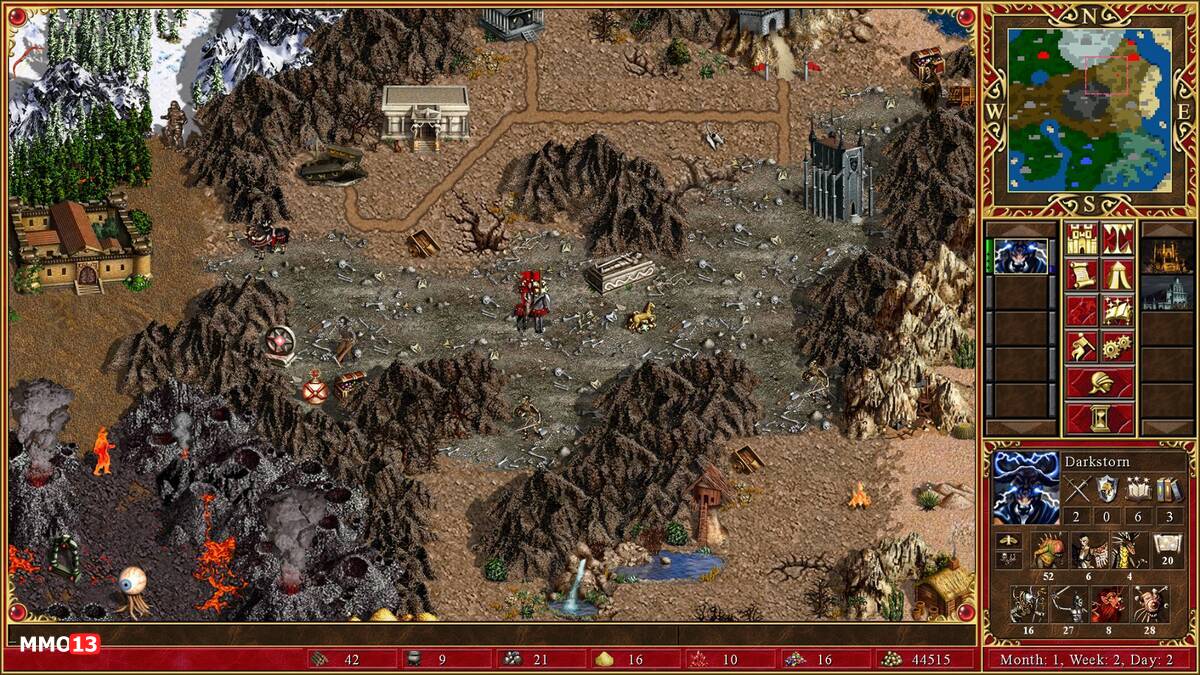 Now the Warcraft franchise is for many associated with the popular MMORPG World of Warcraft, but in the past, excellent real-time strategy games were released in this universe. The first two parts were very successful at the time, but WarCraft III: Reign of Chaos, which later received a major addition to The Frozen Throne, made a splash. The game combined an interesting story campaign and incredibly addictive and replayable multiplayer.

Of course, the 2020 remaster of Warcraft 3: Reforged was a real disappointment for fans. There were many reasons: the lack of announced improvements, a stripped-down map editor, bugs, shortcomings and controversial decisions. Such a great game deserved much more, but we have what we have.

In any case, despite the disastrous launch of the remaster, Warcraft 3 remains one of the best strategy games ever. The game has set a bar too high that few have been able to surpass. 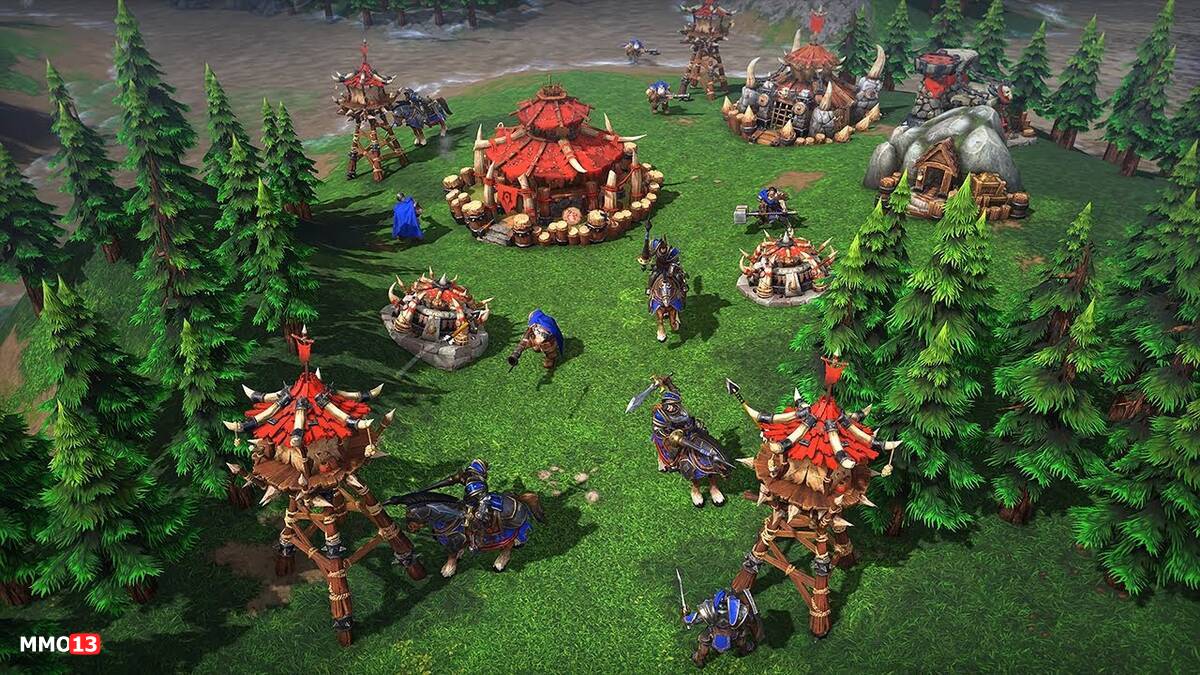 On this, our TOP 10 series of strategies came to an end. If there are fans of this genre among you, then tell us about your favorite games, as well as those that you are playing at the moment.

Source: Spanish striker may return to Dynamo this winter