Wizards of the Coast (WotC), creators of the globally successful tabletop role-playing game “Dungeons & Dragons”, is currently confronted with a veritable shitstorm from its own community. The reason for this is that WotC wanted to update the “Open Gaming License” (OGL), which has been valid for over 20 years, and reinterpret it as anything but an open license.

In order to understand the current situation, let’s take a little trip into the past.

With the release of the third edition of “Dungeons & Dragons” in 2000, the basic rules of the role-playing game were made freely available to everyone via the “Open Gaming License”. These basic rules have been summarized as a “System Reference Document”, or SRD for short. It was primarily a rules document, stripped down to the bare essentials. But: In this way, all private individuals and companies were able to publish additional rules or campaign worlds that were compatible with the most well-known system of all. WotC did not charge any license fees. The OGL had no expiration date and, according to the original plan, could not be withdrawn. 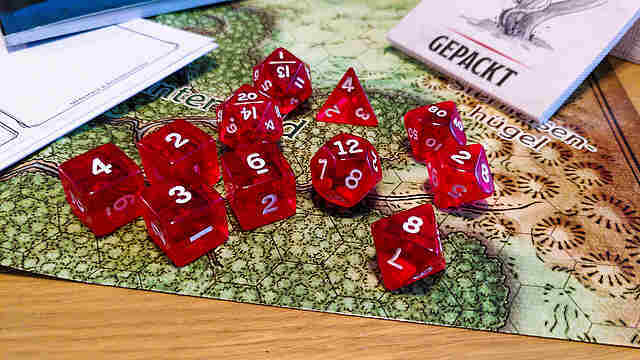 Why WotC – now owned by Hasbro – did this? Those responsible at the time were convinced that they would primarily make a profit with the three basic rule books (the player manual, the game master manual and the monster manual), since they are absolutely necessary for playing – regardless of which expansion or supplementary products other manufacturers would publish via OGL . In addition, smaller manufacturers were able to produce products on niche topics and sell them in quantities that would not have been profitable for the large WotC company. All in all a win-win situation for everyone. WotC could look forward to numerous products for its role-playing system that would provide players with new content for a long time, while the other manufacturers were able to keep their products compatible with the most successful role-playing system of all.

Well, maybe the OGL was just a moderately good idea after all?

With the release of the fourth edition of “Dungeons & Dragons” WotC tried to overturn the OGL for the first time. They wanted to make it more restrictive and published the basic rules of the new edition no longer via OGL, but via GSL – the “Game System License”. So if you wanted to publish products that were compatible with the new edition, you had to agree to this non-open license. It’s just stupid that this license contained a so-called poison pill: The GSL prohibited the licensees from ever again publishing products under the OGL. 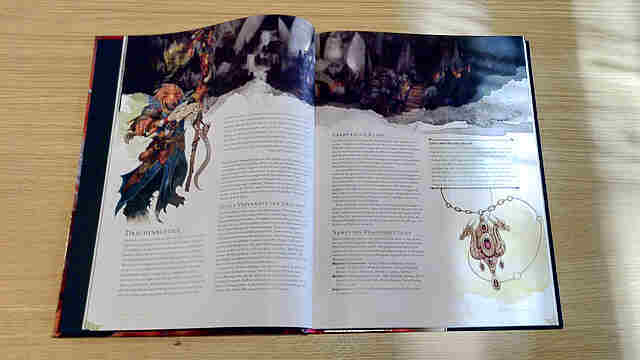 The latest edition couldn’t keep up with the popularity of the previous version. Too many rules had been changed, it was no longer “Dungeons & Dragons” – the community was divided. Many manufacturers who had waited before publishing under the GSL felt vindicated and stayed with the OGL. Even though the third edition of WotC was no longer officially supported, many players continued to play this version. What else should WotC have done? Unlike EA or Ubisoft, who can simply shut down the servers of their old games, there was nothing that could be done about it.

OK, we made a mistake

After only four years, WotC announced a new edition. Two more years later, the fifth edition was officially released – again under the OGL and with the core rules freely available. You could already tell that the carpet floor was reluctant to do so, as several innovations (such as some spells that did not exist in the third edition) did not find their way into the SRD of this edition.

But despite everything: The edition was very well received by the community – and thanks to the OGL, many creative people around the world were able to create new classes, entire campaign worlds or countless magic items and monsters. The top dog was back, and Dungeons & Dragons has only been on the upswing since its 2012 release.

Now the sixth edition is coming up, called “One D&D”. And this is where the current drama begins, which sometimes threatens the existence of many creative people.

Last month it was announced that WotC and Hasbro consider Dungeons & Dragons to be “under-monetized”. This sentence fell at an investor meeting. “D&D” is the best-known brand among role-playing games, and it should be possible to earn more money with it. (Thanks to mentions in series like “Stranger Things” or Twitch shows like “Critical Role” “D&D” was in fact better known outside of the community than ever before.) A way to get all players to do it should be found , to pay money regularly in the sense of a subscription. This is in addition to purchasing the rules.

We are therefore taking the OGL away from you

Part of the master plan came in the form of a leaked scheduled update to the OGL less than a week ago. WotC apparently plans to replace the existing OGL 1.0a with OGL 1.1. What only sounds like a small adjustment because of the small version jump is more like an earthquake. No stone is left unturned.

According to the leak, WotC in OGL 1.1 – which is now anything but “open” – requires all licensees to register and disclose the figures from their compatible products with annual sales of $50,000 or more and from annual sales of $750′ 000 deliver 25% royalties. While the rights to the works remain with the manufacturer, according to the leaked version of the new OGL, WotC receives an unlimited, irrevocable right to use the work in its own way and, if necessary, to be able to publish it itself without paying any fees. 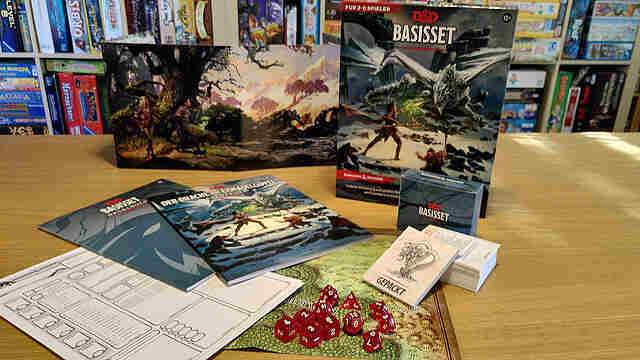 But that is only the first big excitement. The second follows immediately. Because the practical thing about OGL 1.0a – the previous version – was that the license was valid indefinitely. This means that as a manufacturer of a compatible product, you could be sure that you could still sell the product in two or three years and not be at the mercy of WotC mood swings.

Resourceful lawyers from WotC and Hasbro are now trying to revoke this license – although it is valid for an unlimited period. This is because unlimited licenses (“perpetual”) are not irrevocable (“irrevocable”). A second, equally questionable trick is a loophole in OGL 1.0a, which says that as a licensee you can choose any authorized version of the OGL to publish your product under it. WotC writes in the OGL 1.1 that version 1.0(a) is no longer authorized – and may no longer be used in the future.

Since the leak, various lawyers from the role-playing community have spoken out. Some fear WotC might get away with it. Others say that this is not possible because WotC used to explain in the FAQs that the license is irrevocable and that vague wording in agreements is always interpreted to the detriment of the creator. Ultimately, however, we will only get clarity once someone dares to step into the ring and into court against Hasbro’s legal budget.

Since Gizmodo first reported on it last week, much of the community has been in turmoil. The uncertainty and frustration of numerous manufacturers of compatible movements found their way into the Twitter universe as a tweet. With #OpenDND, the call was made that WotC should continue to support OGL 1.0a. Players have been threatened with the cancellation of DnDBeyond subscriptions (an online service from WotC that allows you to buy access to rulesets in electronic form and manage your own characters digitally) and “migrate” to other role-playing systems. Most recently, larger and well-known publishers such as KoboldPress announced that they would no longer use compatible products, would not sign the new OGL and would write their own set of rules.

The indications that the leaked document is in fact not a forgery increased with each passing hour. WotC has been silent since then. Until last night when the DnDBeyond Twitter account tweeted:

We know you have questions about the OGL and we will be sharing more soon. Thank you for your patience.

As expected, the comments exploded. The anger now found a place where it could finally – and surprisingly civilized – vent itself. 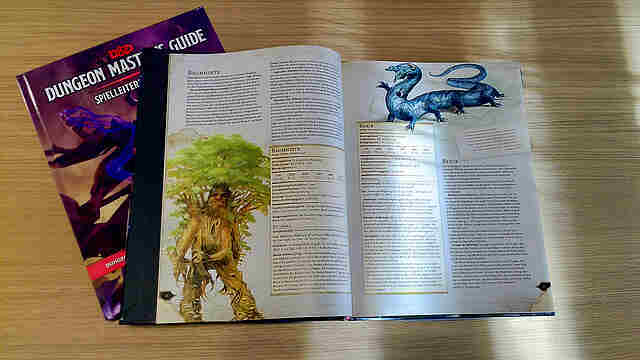 The next few days are important for WotC. How can the company deal with the immense loss of trust? Will they continue to want to revoke the OGL 1.0a? Is the OGL 1.1 still being revised? Is the Twitter storm just one in a teacup? Was it a guess, and the “Dungeons & Dragons” brand is in fact only as big as the community that supports it?

Malinowski made his debut for Marseille. And immediately got a yellow card

007 GoldenEye: that's when it will be released on Xbox Game Pass, for a rumor