On Wednesday, January 25 at 8:00 p.m. EST, Xbox and Bethesda will be offering an exclusive look at the upcoming games coming to Xbox and PC over the next few months on the Developer_Direct live stream. 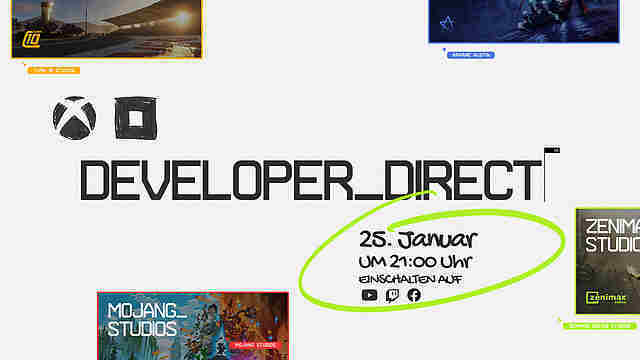 Developer_Direct will focus on features, extensive gameplay showcases and release dates shared for the first time for Xbox titles coming out in the coming months. There will be contributions from developers Arkane Austin, Mojang Studios, Turn 10 Studios and ZeniMax Online Studios, among others.

An independent show is planned for the upcoming “Starfield” in order to illuminate all facets of the long-awaited title in detail.

Here’s how to join the Xbox and Bethesda Developers_Direct livestream:

These games will be shown in the stream

“The Elder Scrolls Online”: Studio director Matt Firor reveals the big chapter update 2023.
“Forza Motorsport”: The team at Turn 10 Studios is working on the next generation of Forza Motorsport, built from the ground up for the Xbox Series X|S.
“Minecraft Legends”: Mojang Studios gives a look at the PvP multiplayer of “Minecraft Legends”, the upcoming action-strategy from the Minecraft makers.
“Redfall”: Arkane Austin, creators of Dishonored and Prey, share a few minutes of gameplay from their upcoming FPS.

A cult franchise of the PS1 soon to return?

Between smart standby and energy saving: Xbox gets a rather clever new setting

You can’t miss this Netflix movie! It’s on the top of the world!