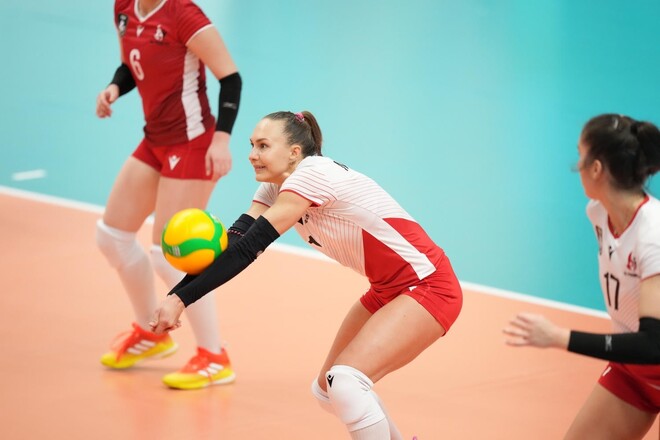 On Thursday, volleyball “Prometheus” from the Dnepropetrovsk region, just two days after the Champions League match with the Romanian team “Alba”, lost with a score of 0:3, held a match of the Czech championship. In the city of Brno, Ivan Petkov’s wards met with the local club “Shelmi”, which a month ago won in the first round 3:1.

The opening game turned out to be quite nervous, and in its ending the hostess of the site had two set points. But to the credit of our volleyball players, they managed to win them back, and then won 25:27.

Until the middle of the second set, the game was also stubborn and equal. Either one team took the lead, then the other. However, after the score 14:14, the Czech team began to break away and soon led 23:17. And although the Ukrainians still tried to save the game and closed the gap 24:22, the set ended in favor of Shelmy 25:22.

The beginning of the third set “Prometheus” simply failed, losing eight points to opponents, 13:5. True, then the Ukrainians managed to do the seemingly impossible – they not only caught up with the owners of the site, but also took the lead 20:21. Then the Shelmi players took three points in a row, subsequently earning a double set point 24:22. However, Ivan Petkov’s wards were able to equalize the position 24:24 here too. And yet the party remained with the Czech team 26:24.

In the fourth set, the teams played as if on a swing – local volleyball players led 9:7, then the Ukrainians took 6 points in a row and led 9:15. And then the Czechs answered with the same coin 15:15. Prometheus went ahead again at 15:18, Shelmy reduced the gap to a minimum of 19:20. But then the guests added and brought the game to a positive result 21:25.

At the tie-break, Prometheus took the lead 2:6, and the teams left for the change of sides with a score of 4:8. At the very end of the game, the Czech volleyball players approached the guests at a distance of one point 12:13, however, it was the Ukrainians who were the first to earn a double match point 12:14. And on the second attempt, Evgenia Hober put an end to this difficult game 13:15.

Let’s add that our compatriot Anna Kirichenko (27) scored the most points in Shelmi.

With 44 points after 18 matches, Ivan Petkov’s team continues to lead the Czech Extraliga. They are 5 points ahead of current national champions Prostějov and 7 points ahead of Dukla (Liberec) in third place.

Already in a day January 14 Prometheus will play its next Extraleague match. The rivals of the Ukrainians will be the volleyball players of the Sokol club (Sternberk).

Newcomer of Kryvbas: “There are good loads in the team”

Horror doll M3GAN: That's why the movie is not over 18

Ubisoft: Rumor has it that extensive play tests are planned for Project Q

Aroged: Assassin's Creed Mirage scaled down based on fan feedback

Core i9-13900KS is official: That’s what the prestige model costs