Overwatch 2 rings in the new year with the Battle for Olympus event. New skins are also part of the campaign, of which the character Widowmaker’s costume, which costs 20 euros, is currently the subject of criticism. 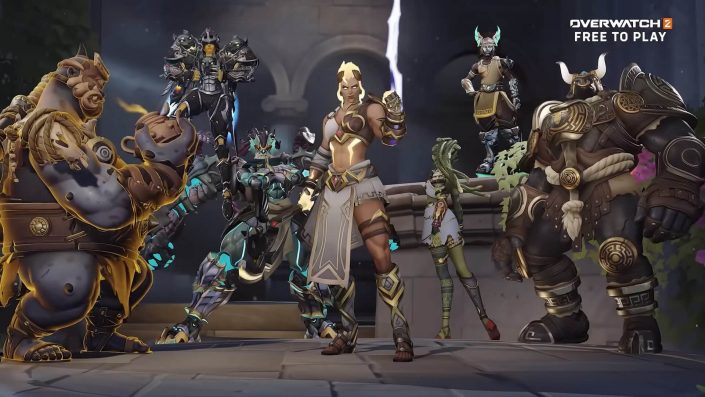 As the new year begins, a new limited-time event is coming to Overwatch 2. „Battle for Olympus“ is inspired by Greek mythology and grants special powers to selected heroes.

Of course, there are also new skins for the characters at the event. While some of the new costumes can be earned by leveling up the Battle Pass, others must be purchased with real money. The skin for Widowmaker, which costs 20 euros, is now being criticized because users are said to be disadvantaged in the game.

Widowmaker is a sniper who has to move across the field as quietly as possible to do her job. Some players are now complaining that the new skin that transforms the character into Medusa is too noisy and it easily gives away Widowmaker’s position. In the costume, Widowmaker is wrapped in a white tunic and wears a headdress with snake heads.

Recently, former Overwatch pro Brian “Kephrii” St. Pierre posted a video showing the new skin in action. In the clip, Kephrii hides with the Medusa skin while another player tries to locate him just by the sounds of the snakes. The snake headdress sometimes hisses so loud that footsteps are drowned out and the character can be easily found. As a result, some users labeled the skin as “pay to lose”.

However, not all players share this opinion. Many users think that they don’t notice the snakes in the game at all. Other users noted that with the amount of sound and audio clusters in Overwatch 2, it would be very difficult to hear the snakes in the thick of battle. However, some users are upset that the skin can only be obtained with real money.