Quite full-bodied and very heterogeneous, the selection with which Sony inaugurated 2023 of PlayStation Plus Extra and Premium is able to satisfy the palates and appease the nostalgia of a wide variety of subscribers. Feel like slaying zombies and slicing demons? Stay covered with Back 4 Blood and Devil May Cry 5: Special Edition. Do you want to relive the Dragon Ball Z saga? The Arc System Works fighting game may be for you. Do you feel the need to wreak havoc in a vast open world by bending the laws of physics to your will? Here you are Just Cause 4: Reloaded. Do you want to live thick narrative experiences, leaving aside weapons and slaps? The two Life is Strange and Erica are perfect.

For those who want to travel down memory lane, or simply discover something they’ve never experienced before for personal reasons, there are Siphon Filter 3 and the other classics. All the new PlayStation Plus Extra and Premium games will be available in the catalog from Tuesday 17 January, in the meantime read on as we go to discover them.

Leading the way this month is Back 4 Blood, a first-person cooperative shooter developed by Turtle Rock Studios, already the author of similar experiences such as Left 4 Dead and Evolve. In the midst of a war against the Infested (human beings transformed into terrifying creatures by a deadly parasite), you are called upon to assume the role of one of eight selectable Exterminators and team up with three other players in increasingly difficult cooperative missions. 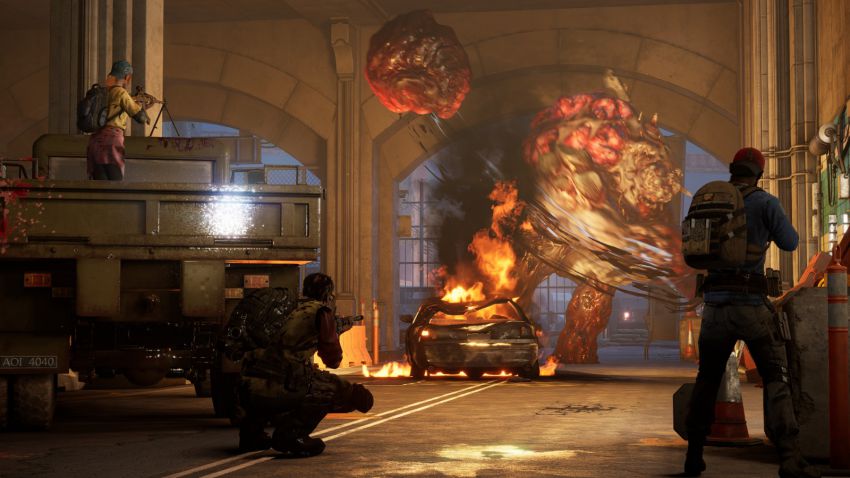 The fun continues in the PVP Swarm mode, which pits two teams of four players against each other as Exterminators (Humans) and Infested (Monsters). While the former try to survive as long as possible, the ferocious opponents must try to kill them quickly. Whichever mode you choose, Turtle Rock’s shooter requires strong communication and organizational skills. You will know more by reading the Back 4 Blood review.

Dragon Ball FighterZ, a fighting game developed by the masters of the Arc System Works genre, immediately captures the attention thanks to a graphic style pleasing to the eye and faithful to the anime, and then amazes with a highly technical combat system, easy to learn but difficult to master. The gameplay is focused on 3 against 3 battles, in which the composition of the team and the exchanges between the fighters play a fundamental strategic role. The modes included are able to satisfy all palates, from the Story Mode, which sees the participation of Android 21, an unpublished character created under the supervision of Akira Toriyama himself, to the Arcade, characterized by a crossroads structure, without forgetting a wide range of online modes. Dragon Ball FighterZ review is one click away.

Developed exclusively for next-gen consoles, Devil May Cry 5: Special Edition is the enhanced and embellished version of one of the best action games of the last generation of consoles, which already with its original release had been able to conquer us with unprecedented gameplay solutions ( but perfectly placed in the stylistic context of the saga) and a trio of characters (Nero, Dante and the newcomer V) well characterized. 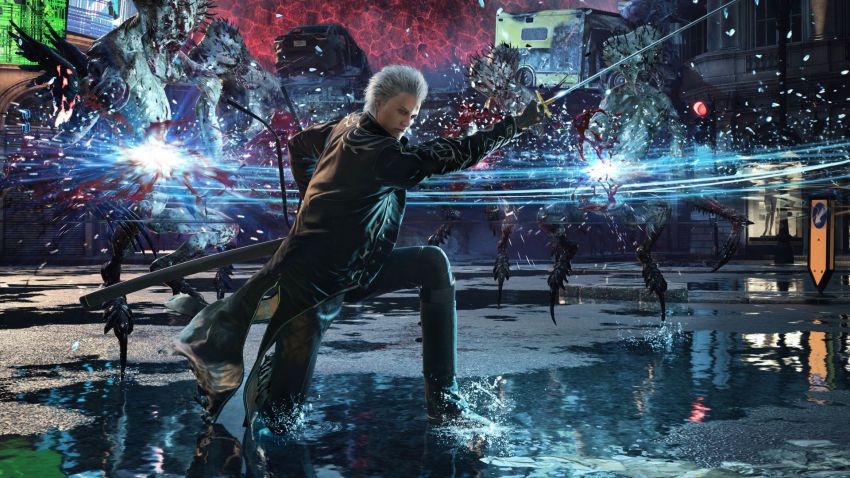 The Special Edition for PS5 embellishes everything with a RE Engine in great shape and three graphics modes (30fps with Ray tracing, 60fps and 120fps for compatible TVs) and lots of additional content, including Vergil as a playable character and the Mythical Dark Knight modes ( a sort of horde) and Turbo (action speeded up by 20%). More details can be found in our review of Devil May Cry 5 Special Edition.

Having become an instant cult in the period of its release (spread over five episodes), the first season of Life is Strange impresses thanks to the delicacy with which it deals with issues such as the importance of choices, the ineluctability of destiny, the sense of inadequacy in adolescence, suicide and sexuality, placing them in an ordinary yet magical context. Anyone can relate to Max, an aspiring photographer who one fine day discovers she is able to rewind time. 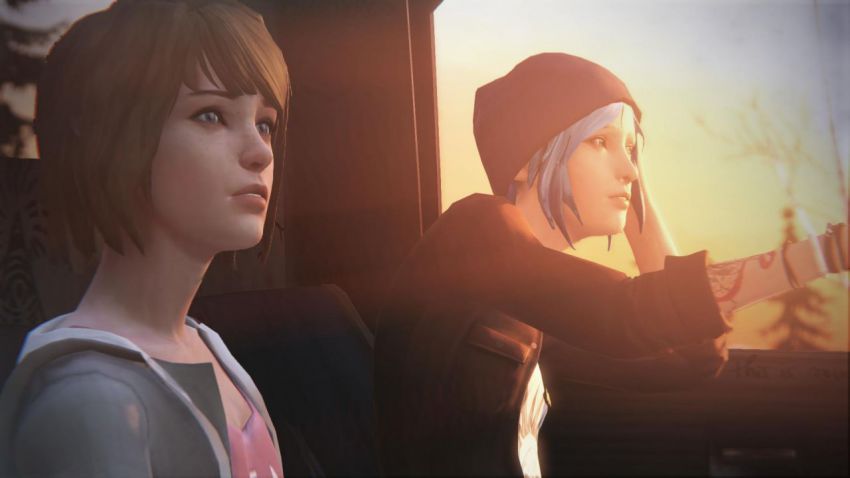 Life is Strange: Before the Storm, edited by Deck Nine instead of DONTNOD, is configured as a prequel set three years before Life is Strange. Without the supernatural component, it tells a story in three episodes focused on Chloe, Max’s best friend, retaining all the hallmarks of the series, from the visual style to the indie soundtrack, to configure itself as a decidedly successful “apocryphal” product.

Of a completely different kind Just Cause 4, an open world game full of opportunities for devastation. In this adventure, the reckless Rico Rodriguez must face the Black Hand, an ultra-tech private military organization led by Gabriela Morales, the most unpredictable adversary he has ever met. 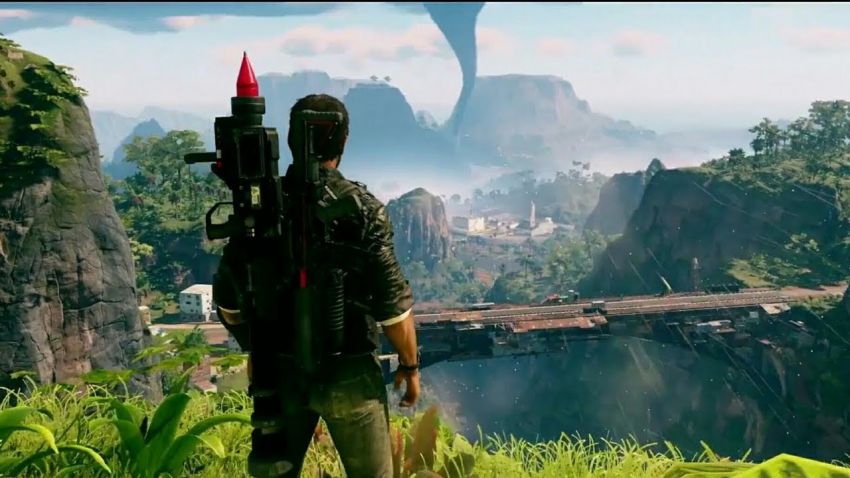 The exotic South American state of Solís extends for 1024 square kilometers occupied by rainforests, snow-capped peaks and deserts marred by conflicts and natural disasters, one of the biggest novelties of the production. Using his wingsuit, grappling hook and other equipment at his disposal, Rico can take advantage of colossal tornadoes and tropical storms to wreak havoc and defeat large groups of opponents in one fell swoop. The Reloaded edition also includes the Skystriker weaponized wingsuit, the Black Hand stealth micro-fighter and the Neon Racer, Deathstalker Scorpion and Renegade packs.

Jett: The Far Shore is a cinematic action-adventure game that sees the explorer Mei embark on an interstellar journey to give a future to her people. At the command of her Jett, the protagonist arrives on a mysterious planet whose surface is covered by an ocean. Flying on the surface of the water, she will discover unknown coasts and penetrate unexplored forests in the course of a single-player story consisting of five chapters. Read our review of Jett: The Far Shore.

Another single player adventure, Omno is set in an ancient world full of puzzles, secrets and obstacles to overcome. During his journey through forests, deserts and tundra, the protagonist will discover a world full of strange life forms, from small creatures to enigmatic giants, as well as guardian of the vestiges of a lost civilization whose influence is still palpable. We talked about Jonas Manke’s independent production in the Omno review.

The monthly selection for PlayStation Plus Extra is closed by Erica, an interactive thriller which, with its live-action scenes, intends to act as a meeting point between cinema and videogame. 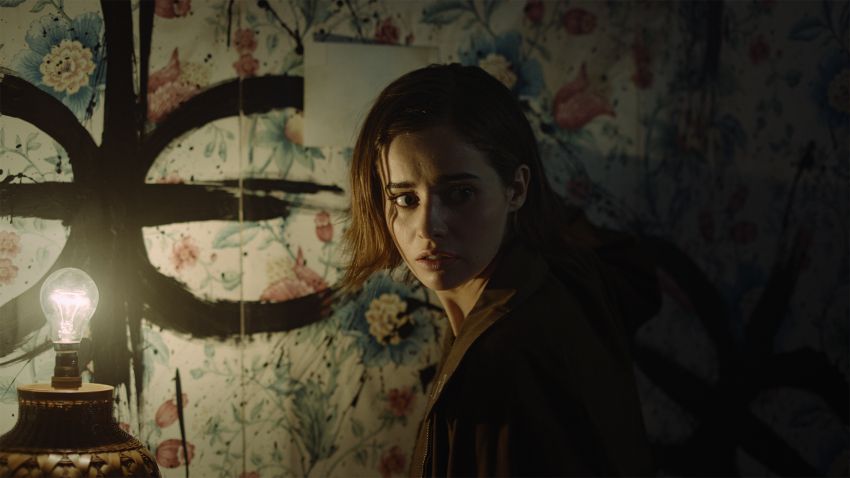 The protagonist of the same name is a brave young woman haunted by nightmares about her father’s murder. When the traumatic events that tormented her as a child come to light along with gruesome new clues, she will have to discover the terrible truth behind the devastating tragedy. In Erica, every choice or interaction is able to influence the development of the story, which has numerous crossroads and can end with different endings. On our pages you will also find Erica’s review.

The new classics for PlayStation Plus Premium

This month’s PlayStation Plus Premium classics all come from the first generation of PlayStation. The highlight is undoubtedly Siphon Filter 3, the third chapter of a series of third-person stealth shooters which, despite its long absence from the scene, continues to represent one of the symbols of the Sony gaming ecosystem. Developed by Bend Studio, this third episode joins the first two already in the Premium catalog to tell the facts that preceded the discovery of the Siphon Filter virus through flashbacks. However, there is also quite a bit of action in the present, with Gabe Logan engaged alongside MI-6 in an attack on a merchant ship carrying the viral weapon.

The selection of classics is completed by Star Wars Demolition, a vehicle combat game set in the Star Wars universe, and Everybody’s Golf 2, the second episode of a historic series that mixes sports simulation and sharp humor. All PS1 classics enjoy features such as up-rendering, rewinding and quick saving, as well as being equipped with custom video filters.

Vladislav KUCHERUK: "I like the work and approach of van Leeuwen"

PlayStation Plus Extra & Premium - the games in January 2023

Property tax notice in the mailbox: That’s why you should check it quickly