Ubisoft: According to insiders, takeover proposals were “mostly smiled at”

Ubisoft continues to get into trouble: Several games have been discontinued and published games have recently fallen short of expectations. According to Jeff Grubb, the company is looking for a buyer, which is proving difficult due to the structure of the publisher.

“Skull & Bones” has been postponed for the sixth time. Production was halted for three unannounced games. And new releases like “Mario + Rabbids: Sparks of Hope” and “Just Dance 2023” fell short of expectations in the Christmas business.

Following previous allegations of toxic corporate mismanagement that led to numerous layoffs, Ubisoft continues to have a poor run, which is reflected in the publisher’s market value. The stock market has been falling almost continuously for almost three years, which occasionally causes rumors of a takeover to flare up.

According to insider Jeff Grubb, Ubisoft is actually looking for a buyer and has proposed a takeover or merger to various players in the technology and entertainment industries. Apparently, however, these offers did not meet with great interest and the publisher was “usually smiled at”.

Ubisoft is an albatross

It is not known whether the reluctance was due to the prospects not seeing the value of Ubisoft or the management simply asking too much for the company. However, according to Grubb, Ubisoft is quite a heavyweight (with over 20,000 employees) that is not easy to manage.

“Ubisoft has definitely been doing the rounds proposing acquisitions and mergers with other similar companies, and it’s mostly been smiled at. It’s just too unwieldy. Its strength was the distributed development structure. And now that’s an albatross.” so Grubb.

The insider hopes the company will try to get through the current situation. Because he believes it can keep more people than if the publisher tries to “slim down” for a merger. As an example, Square Enix can be mentioned here, which last year separated from well-known studios and brands. “Anyway, things are looking bleak. Making games is a tough business,” Grubb continued. 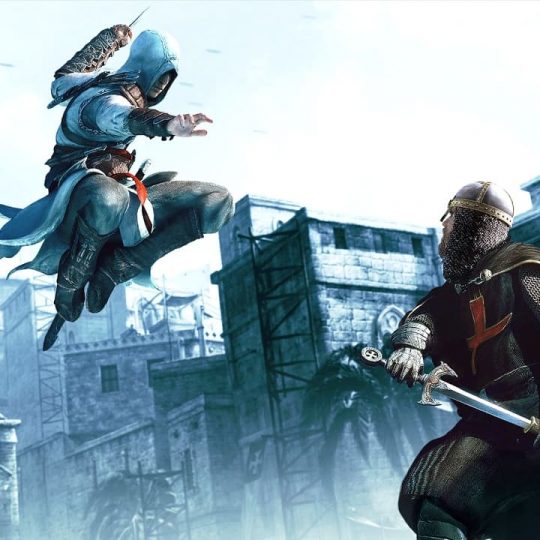 Ubisoft has focused on releasing a steady stream of open-world titles over the past decade, including numerous Assassin’s Creed games. And in recent years, the company has gravitated more towards service games that have been supported for years, including For Honor, which launched in 2017 and has had a number of seasons since then. Rainbow Six Siege has even been supported since 2015.

In the coming years, Ubisoft wants to strengthen the company’s biggest brands and continue to grow live service sales, like the company stressed in yesterday’s statement. Also several games of the “Assassin’s Creed” series should appear in the next few years.

Verstappen has surpassed Alonso’s record, but is far from an absolute achievement

Disney+: subscription, price, catalogue… all you need to know about the video streaming service