With Ubisoft+, Ubisoft also offers its own game subscription, which has so far been limited to the PC. The Xbox in particular has been left out so far, but that could possibly change now. 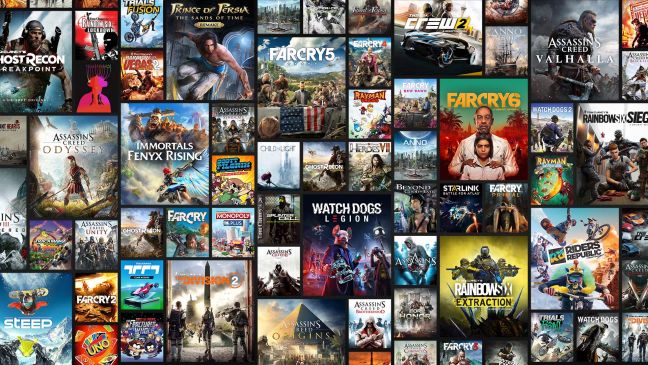 Ubisoft could really expand the business field with its in-house game subscription Ubisoft+ in the coming weeks. As Treuarchievements recently observed, there are increasing signs that the offer could now also be extended to consoles.

Many Ubisoft titles in the Xbox Store have recently also been labeled with Ubisoft+. This, in turn, only makes sense if the company rolls out the subscription model on the Xbox console in the near future.

Ubisoft had already communicated corresponding plans at the beginning of last year, but since then it has become suspiciously quiet. Now the topic seems to be picking up speed again. When Ubisoft+ finally appears for the Xbox, gamers would have access to more than 100 Ubisoft titles for a monthly fee as part of such a subscription.

Our scanners have picked up that multiple games on the Microsoft Store have been updated to include a special Ubisoft+ tag, suggesting the service could launch on Xbox soon. https://t.co/ra20TZKIbD

Currently, 24 games have received the Ubisoft+ label, including many games from the successful Assassin’s Creed and Far Cry series, but also Tom Clancy’s The Division or Watch_Dogs: Legion. This also applies to several DLC packages for individual games.

Ubisoft+ has been available on the PlayStation since last year, at least as Ubisoft+ Classics – a service built into the PS Plus subscription. It contains a selection of more recent Ubisoft games such as Assassin’s Creed: Valhalla but also numerous classics from earlier days. It remains to be seen to what extent Ubisoft+ will actually hit the Xbox. It will also be an exciting question whether the offer – similar to EA Play – will then possibly be integrated into the Xbox Game Pass.

Ubisoft+ – Get monthly rewards and play over 100 games

In this trailer, Ubisoft brings you closer to the advantages of the paid subscription Ubisoft+.

Google Chrome help you save time with new for Android

Children of Silentown: Launch trailer for the dark adventure

Midnight Suns: I was expecting Marvel’s XCOM and got a Fire Emblem with superheroes