Viktor Tsygankov and the saving straw

For the past three years, Viktor Tsygankov has been regularly “sold” to foreign clubs. But one of the main Dynamo “pillars” invariably remains in the clip of the home team. However, now, in the winter of 2023, rumors about the possible departure of the 25-year-old midfielder from Alma Mater are becoming more and more persistent. It seems that the football player is really ripe for a decisive step, for a change of scenery. If this is true, then you can only be glad for him. What can not be said about his club.

Actually, Tsygankov Jr. (his father was also a football player: Vitaly played in Ukrainian and Israeli clubs as a goalkeeper) became truly famous in 2018, when he already played a decisive role in the midfield/attack of the Dynamo team. In his twenties, Viktor was considered an “iron” base player, and made his debut for the Dynamo first team at the age of 18. Moreover, he made his debut immediately brightly and effectively. Both in the domestic arena and internationally.

The Dynamo leadership promptly responded to such a sharp progress of one of its main football talents. And in mid-April 2018, Tsygankov extended his contract with the club for five years.

Since then, as it seemed from the outside, everyone was happy. Tsygankov strengthened himself in the status of one of the main Dynamo stars (and, in parallel, in the status of one of the highest paid team players), the Dynamo leadership could afford not to pay attention to the timid (and not so) attempts of other clubs to show interest in the person of the Dynamo vice- captain.

As mentioned above, four years have passed in the “Viktor Tsygankov is completely happy at Dynamo and is not going anywhere” mode. During this time, according to the word of Igor Surkis, the Kyiv club has not received a single worthwhile proposal regarding the possible transfer of Tsygankov.

Although, according to the media, primarily foreign ones, there was still a demand for Dynamo talent. It is possible that the matter really did not come to specific negotiations, because, as far as is known, the Surkis initially suppressed bargaining attempts, placing an obviously “unbearable” amount for their opponents.

Some Western European teams in this almost stalemate situation tried to make a knight’s move: more than once it was about trying to take a player on loan. With a subsequent purchase.

In any case, the Spanish Sevilla and Villarreal insisted on such a scenario at one time. Both received a turn from the gate.

Another representative of the Spanish championship – “Girona” – was more specific. And, according to rumors, he offered about ten million euros for Tsygankov last summer. But, again, according to unofficial information, Dynamo refused to sell Tsygankov. First of all, because the amount did not suit. It won’t be enough.

However, already then, last summer, Surkis’s rhetoric regarding the possible departure of Tsygankov changed. Say, I don’t keep him, he’s not a slave. 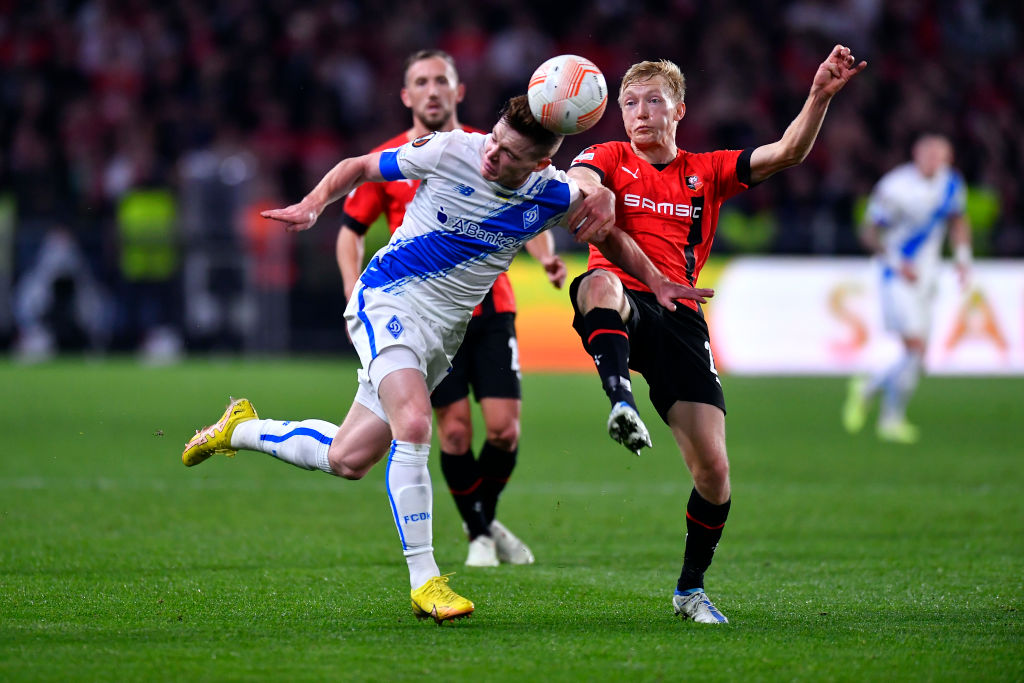 The change in the rhetoric of the Dynamo president is, of course, connected with the position of the football player himself. According to information from Victor’s entourage, he categorically refused to renew the current contract with the club.

However, in turn, Igor Mikhailovich was completely sure that he would be able to agree. And Viktor Tsygankov will extend his relationship with Dynamo.

Apparently, Surkis’ reason was as follows. The Dynamo boss understood that Tsygankov, along with Zabarny and Bushchan, was the only Dynamo “liquid” who could earn quite decent money. And in order to be able to bargain on their own terms, Surkis really wanted to “re-sign” Tsygankov. And then sell. Written by Andrey Yarmolenko.

But the system, which seemed until recently debugged, failed. With the beginning of the rashist aggression in our country, the level of UPL fell sharply. The level of “gingerbread” in the Dynamo club has also fallen. And along with all this, Tsygankov’s motivation has noticeably fallen.

In general, Victor really got ready to go out. Really got busy. Without compromise. That is, without extending the agreement, which expires this summer.

To understand the player is not surprising. He gave the Dynamo first team almost seven years. I wanted a different taste, a different air. Another level. Moreover, I repeat, the motivation is not the same. This was very clearly manifested in the last Dynamo European Cup campaign.

Since the beginning of this year, Victor has every right not only to enter into official negotiations with other clubs, but also to sign a preliminary contract with anyone. These are the rules of UEFA. Dynamo is powerless against them.

However, Tsygankov, according to insiders, wants to leave the Kyiv club beautifully. That is, to leave right now, in the winter off-season, so that Dynamo will receive at least some money for his transfer, because in the summer he will leave for free.

In this note, I will not touch on the topic – where exactly Tsygankov should go, and where he should not. On this account, we will talk on occasion a little later, when the topic of rumors moves to a different plane. Now, it seems to me, it is more appropriate to talk about the departure itself. about its expediency.

So, personally, I am sure that the maxim “either now or never” is just for our case. The fact is that the “peak” for leaving Dynamo for Tsygankov has already passed. It was necessary to leave when there was really demand. That is, a year or two ago.

Now the demand has dropped significantly. But he is still there. This demand is like a lifeline. Like a straw that a drowning man grabs. If you don’t seize it now, you might never have a chance like this again. Therefore, it is urgent to take the bull by the horns. The time has come. And it’s almost out.

But the Dynamo leadership in the event of the departure of Tsygankov will be, to put it mildly, in an unattractive position. If a year ago one could laugh heartily at Girona’s proposal, now a check for ten million euros in this case will look like “manna from heaven.”

And who is to blame for them, besides themselves?

PlayStation Plus: Back 4 Blood & Beyond: 13 more games in January

The Batman 2: Here's the story of the new DC superhero movie