According to Xbox DACH, the release dates for Forza Motorsport and Redfall are to be announced in the planned Xbox Direct Live stream.

The first Xbox Direct Live stream of the year was announced yesterday. On January 25th at 21:00 GMT, four of the Xbox Game Studios will present their games.

And according to Xbox DACH, the developers will also announce release dates for the featured games Forza Motorsport, Redfall and Minecraft Legends. At least that’s what comes out of an Xbox newsletter for the region of Germany, Austria and Switzerland. 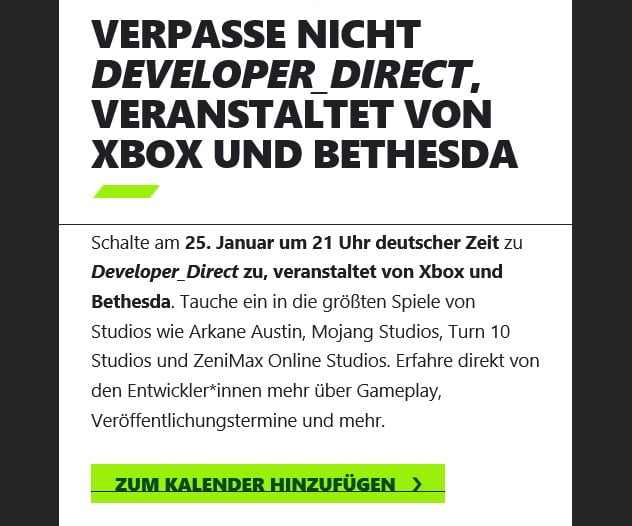 Free PC games: what are the Epic Store gifts on January 12 and 19?

Sales: The best deals on MicroSD cards for your Nintendo Switch, smartphone or camera!

Redmi Pad: Xiaomi's affordable tablet is more than €100 cheaper for the sales