Assassin’s Creed: Mirage: Less scope at the request of fans

After the Assassin’s Creed series almost took a break with Valhalla, Mirage is now the next part of the saga. And it will be a lot smaller, not least because of the fans’ wishes. 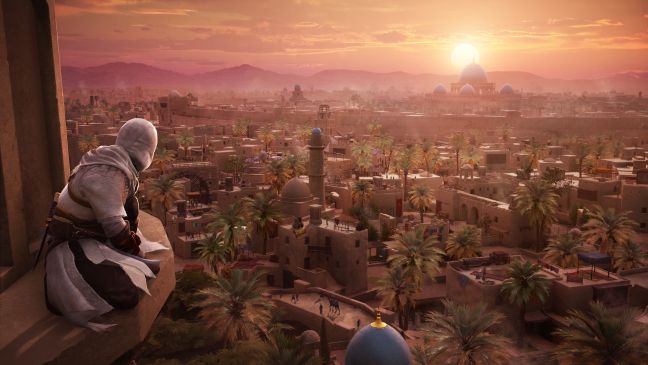 Anyone who has dealt with the last three games in the Assassin’s Creed series could sink several hundred hours into it. Origin was extensive, Odyssey and Valhalla almost excessive. No wonder, since the three games turned what were once action-adventures into complete open-world role-playing games. The immense extent, especially of the last two parts, each with well over 150 hours of playing time, has already raised the point of criticism that the games are far too bloated.

Assassin’s Creed: Mirage, the upcoming part of the series, is now supposed to be a lot smaller again and there are reasons for that. Creative Director Stéphane Boudon commented on this in an interview with colleagues from GamesRadar.

It says that after the three open-world monstrosities, players wanted something different, smaller. “We heard from our fans a desire for a character-driven story that focuses on the cornerstones of the early ACs in a more intimate setting,” explains Boudon. “That also applies to us as developers, and that was the starting point for the project.”

The desire of the community was in the foreground. Apparently they also want to see the game as a homage to the first parts, hence the return to a scenario in the Middle East. So Mirage could actually be exciting and, above all, more manageable, which could actually be good for the series in the meantime.

Apart from that, Mirage should also bring some gameplay features that we haven’t seen in the series for a long time, such as smoke bombs or throwing knives and a range of stealth tools. Diving into the crowd should also play a more important role again.

Assassin’s Creed: Mirage now heads to Baghdad in the role of Basim, and the first trailer raises expectations.

New effect in Nvidia Broadcast 1.4 mimics looking at the camera when your eyes are directed the other way